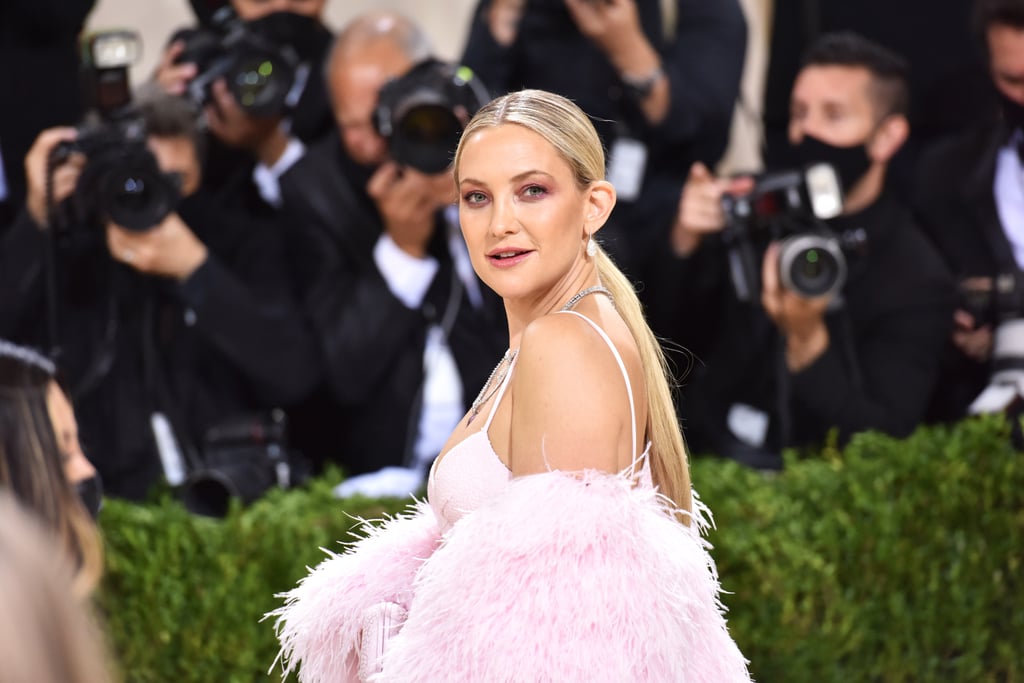 Kate Hudson has been frosted — but this time, we’re not talking about the Isadora Diamond. The How to Lose a Guy in 10 Days actress announced her engagement to longtime boyfriend Danny Fujikawa on Monday afternoon and wound up debuting her engagement ring hours later on the Met Gala red carpet. Talk about a grand reveal! Although Kate’s sparkler was mostly concealed under the feathered sleeves of her blush-pink Michael Kors robe, the 42-year-old star quickly flashed it for the cameras at one point, and we’re a bit surprised it didn’t blind the photographers.

Now for some specifics about Kate’s newest accessory. The diamond itself appears to be light brown in color, and it’s nearly as wide as her entire ring finger. The enormous cushion-cut stone is set on a thin, rose-gold band encrusted with dozens of teeny-tiny diamonds. It’s certainly quite the switch-up from the emerald-cut rock she received from former fiancée Matthew Bellamy back in 2011. Read ahead for an up-close look at Kate’s stunning engagement ring stealing the spotlight at the Met Gala.

Bath & Body Works's Thanksgiving Collection Is Here, and You Don't Want to Miss It