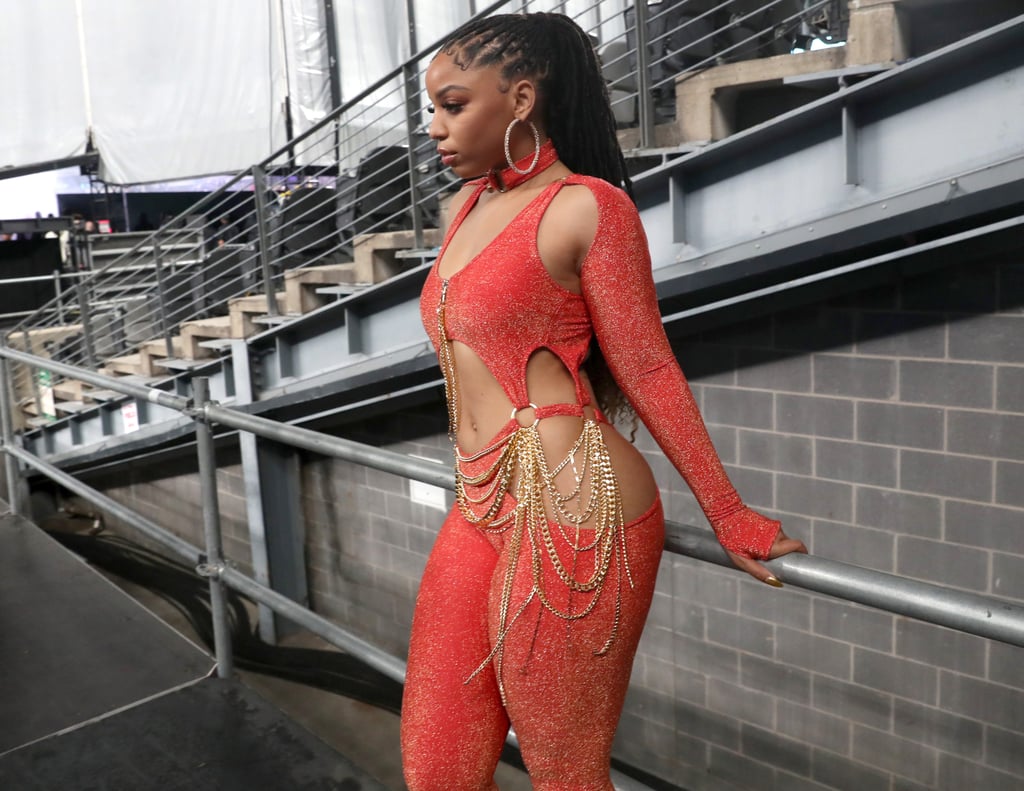 Cardi B, Chloë, and More Stars Who Wore Head-Turning Looks at Summer Jam

As if Coachella wasn’t enough of an indication, this year’s Hot 97 Summer Jam — which took place at MetLife stadium in East Rutherford, NJ on Sunday, June 12 — has made it clear that festival fashion is back in full force after the pandemic halted some of the season’s most anticipated events. The annual hip hop festival, sponsored by New York-based radio station Hot 97FM, featured some of the most popular acts that R&B and hip hop have to offer, with this year’s lineup including Chloë, Cardi B, Pusha T, Fivio Foreign, and more. It’s no surprise that there were head-turning fashion moments that combined sultry trends, like cutouts and catsuits, with the world’s street style scene.

Bodysuits were especially prominent. Cardi B, who has a history of stepping out in groundbreaking looks, surprised fans onstage in an archival multicolored jumpsuit from Jean Paul Gaultier’s fall/winter 1995 collection. Styled by Kollin Carter, the rapper’s futuristic look featured a zipped bodice with a high neckline and multi-color dots that formed a subtle bikini graphic. The curve-hugging ensemble was accompanied by a pair of orange vinyl heels by Aquazzura and Gucci sunglasses with orange-tinted lenses. Chloë also got the memo, arriving to perform during Fivio Foreign’s set in a red glitter-woven design complete with a fringe belt made of gold chainlink and metallic leather slingbacks to match.

Meanwhile, DreamDoll paid homage to female hip hop icon Lil Kim with her nostalgic Summer Jam ensemble. The “Ah Ah Ah” rapper opened the festival in a pink camouflage-print jumpsuit adorned with jewels, reminding fans of Lil Kim’s unforgettable iridescent purple jumpsuit from the 1999 MTV Video Music Awards. Putting her own twist on the exposed nipple, DreamDoll’s suit featured a pink bedazzled pasty in the shape of the classic New York Yankees logo to represent her hometown of the Bronx, New York. In an interview with Essence Girls United, her stylist Demi Dorsey said, “Kim is one of the pioneers for female rap from fashion, tone, and lyrics to energy and vibe. When you think about female rap, especially from New York, she’s one of the first, if not the first, that pops in your head.”

Ahead, scroll through some of the hottest fashion moments from Summer Jam.