Russell Wilson couldn’t make the Met Gala due to being in the midst of football season, so his wife, Ciara, made sure he was part of her red carpet outfit.

Ciara walked the 2021 Met Gala red carpet solo, but she kept her husband, Russell Wilson, very close to her heart on the big night out. Ciara’s entire ensemble was a tribute to Russell, who couldn’t attend the Met Gala since he’s in the middle of the NFL season. Russell plays on the Seattle Seahawks, and Ciara’s look completely channeled the team’s jerseys! 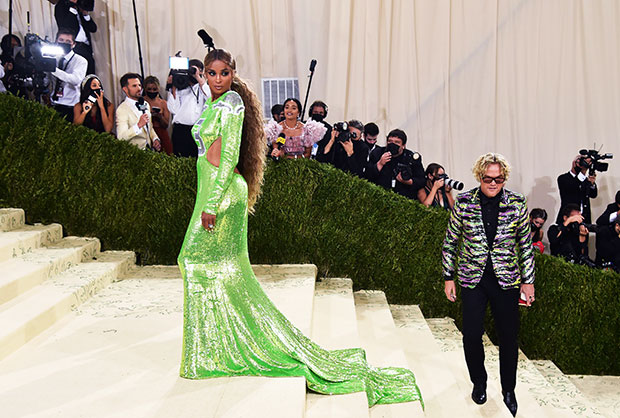 First of all, the dress featured green and silver colors of the Seahawks, and it had the number three emblazoned across the center (the purple hue of the Seahawks’ color scheme was missing, though). Of course, 3 is the number that Russell wears on his own jersey. The gown was sparkling and hugged Ciara in all the right places, while also featuring side cutouts to show some skin. It had a long train, which cascaded down the carpet. Plus, there was a tiny football-shaped purse to go with the jersey-themed look! 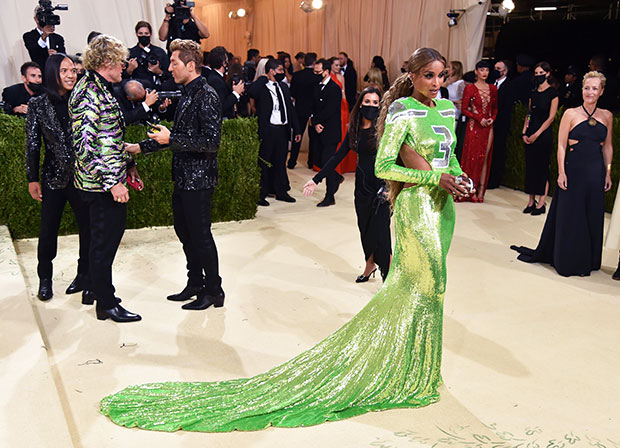 Ciara completed her look with a low ponytail, which was slicked down at the top and in curls as it made its way down her back. There were tendrils stick out of the sides and stuck to her forehead, and a fierce makeup look, as well. Ciara recently lost 40 pounds in the year since the birth of her third child, and has been open about using Weight Watchers to achieve her weight loss goal. 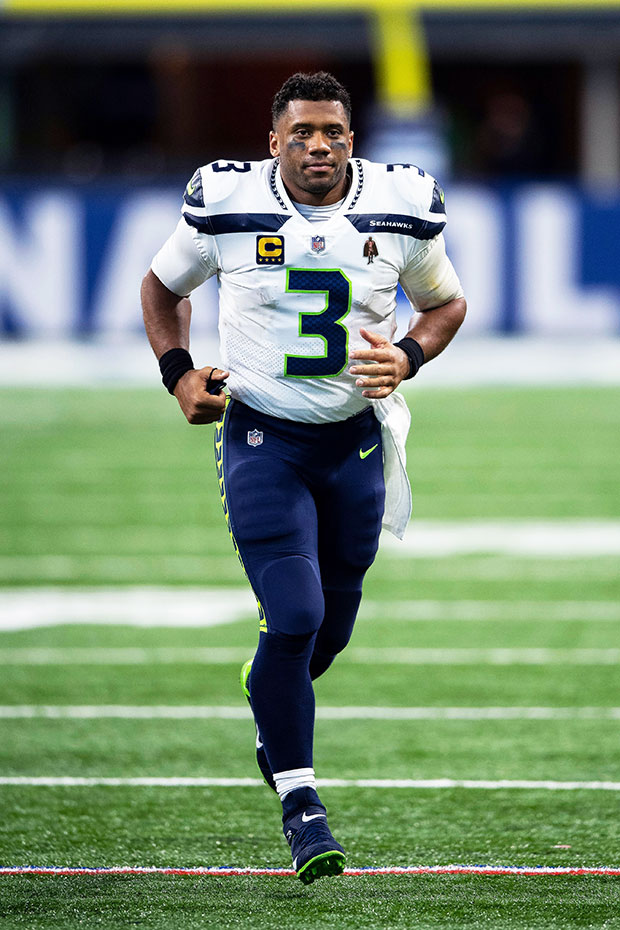 Even though football is keeping Russell very busy right now, he and Ciara got to have a fun-filled summer together. They celebrated their fifth wedding anniversary in July, and took a trip to Europe to enjoy themselves for the occasion. Plus, the couple and their family spent a lot of time with Ciara’s best friend, Vanessa Bryant, and her kids this summer. Now, Russell is hoping to lead his team on another solid NFL run — and he’s off to a good start. The Seahawks won their first regular season game against the Indianapolis Colts on Sept. 12.

Bath & Body Works's Thanksgiving Collection Is Here, and You Don't Want to Miss It