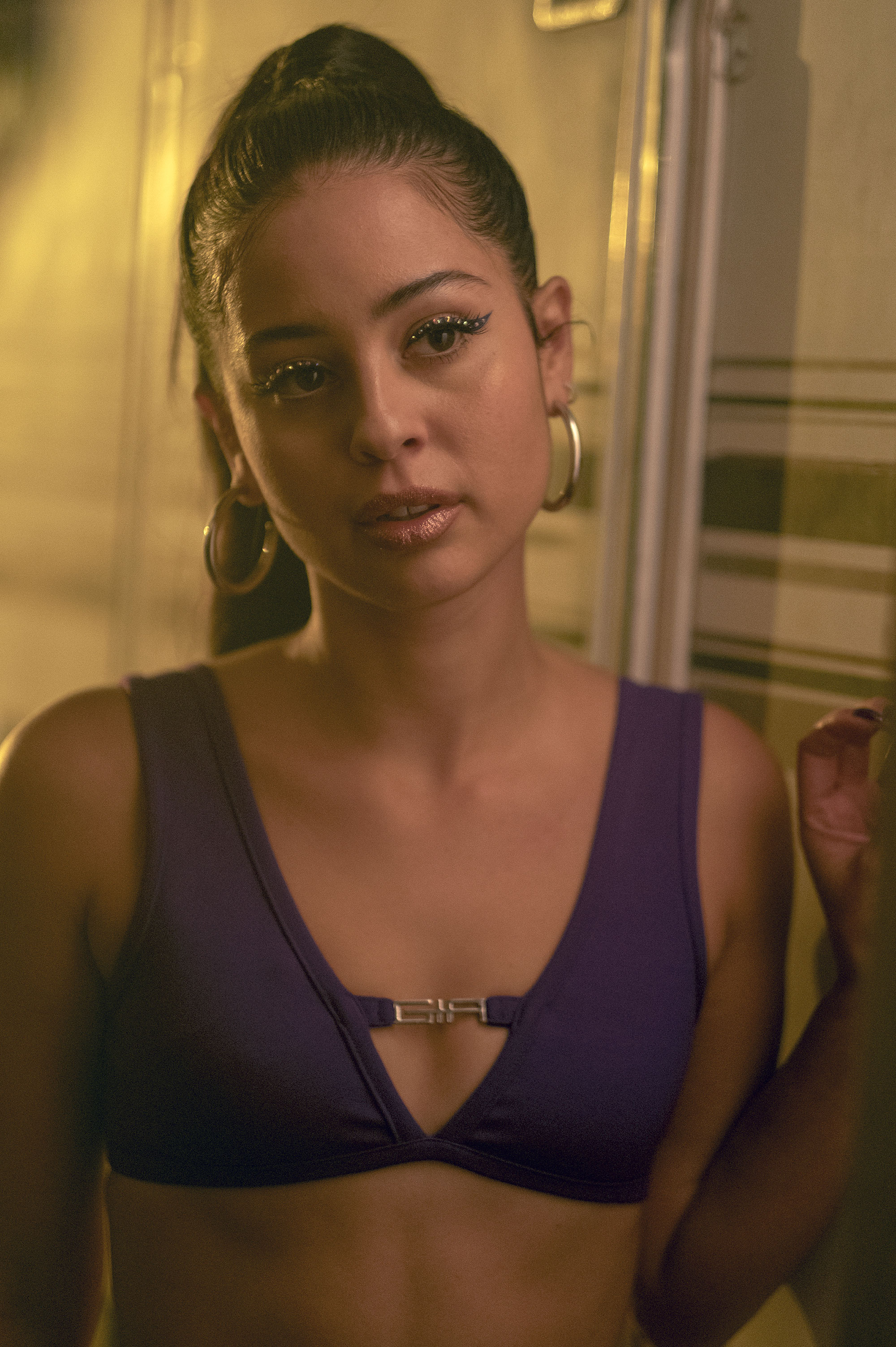 As we wait patiently for Euphoria’s highly anticipated return, we’re getting our bold beauty kick with the help of one of the show’s stars, Alexa Demie, and her new partnership with MAC.

Known for playing Maddy Perez on the hit HBO vehicle, Demie is teaming up with the makeup brand for a colorful, daring eye collection that her character would, no doubt, own.

“When M·A·C approached me to be a part of their More Than Meets The Eye campaign, I was beyond ecstatic and couldn’t think of a more iconic brand to collaborate with,” the 25-year-old said in a press release from the brand. “In the collection, I fell in love with all of the colorful eye shadows, especially the blues, greens and pinks that made it so much fun to create beautiful eye looks.”

The line features three new launches that scream Euphoria. There’s the Dazzleshadow Extreme, $20, which are highly saturated super shiny metallic shadows, available in 10 playful hues from an electric blue to a lovely rose. Then there’s the Eye Brows Big Boost Fibre Gel, $23, which comes in eight shades and helps deliver full, on-point brows. And lastly are 36 new shades of the brand’s best-selling revamped eyeshadows for just $17.

The actress is known for her adventurous makeup not just on-screen, but also for her playful experimental looks in real life. Her mom worked as a MAC makeup artist while Demie was growing up — so the collab was in the beauty’s DNA, so to speak.

The new goodies are available online now and will be in stores this Thursday, March 5.

This isn’t the first star of the TV show to land a beauty contract. Back in January, Becca Cosmetics announced Barbie Ferreira as its new spokesperson. “What Euphoria did was reflect the experimental attitude that a lot of kids have these days and how they express themselves through makeup,” the actress who plays Kat Hernandez told Refinery 29. “It’s less about covering up and more of an extension of their personality.”