MUM-of-two Joanne Slater said it was only once she gave herself permission to “take care of herself” that she found weight-loss success with WW.

She has lost a staggering 9st 13lb and dropped seven dress sizes on the WW plan and says if she can do it, you can too.

Joanne says: “Looking back, I always had a body-image problem. I was the first girl to grow breasts in my class and hated being different.

“Then a little comment from one of my parents about my weight when I was a young teen really knocked my confidence.

“When I was 20, I moved in with my then-boyfriend and did the classic thing of relaxing into a new relationship, ordering takeaways, drinking wine in the evening etc. 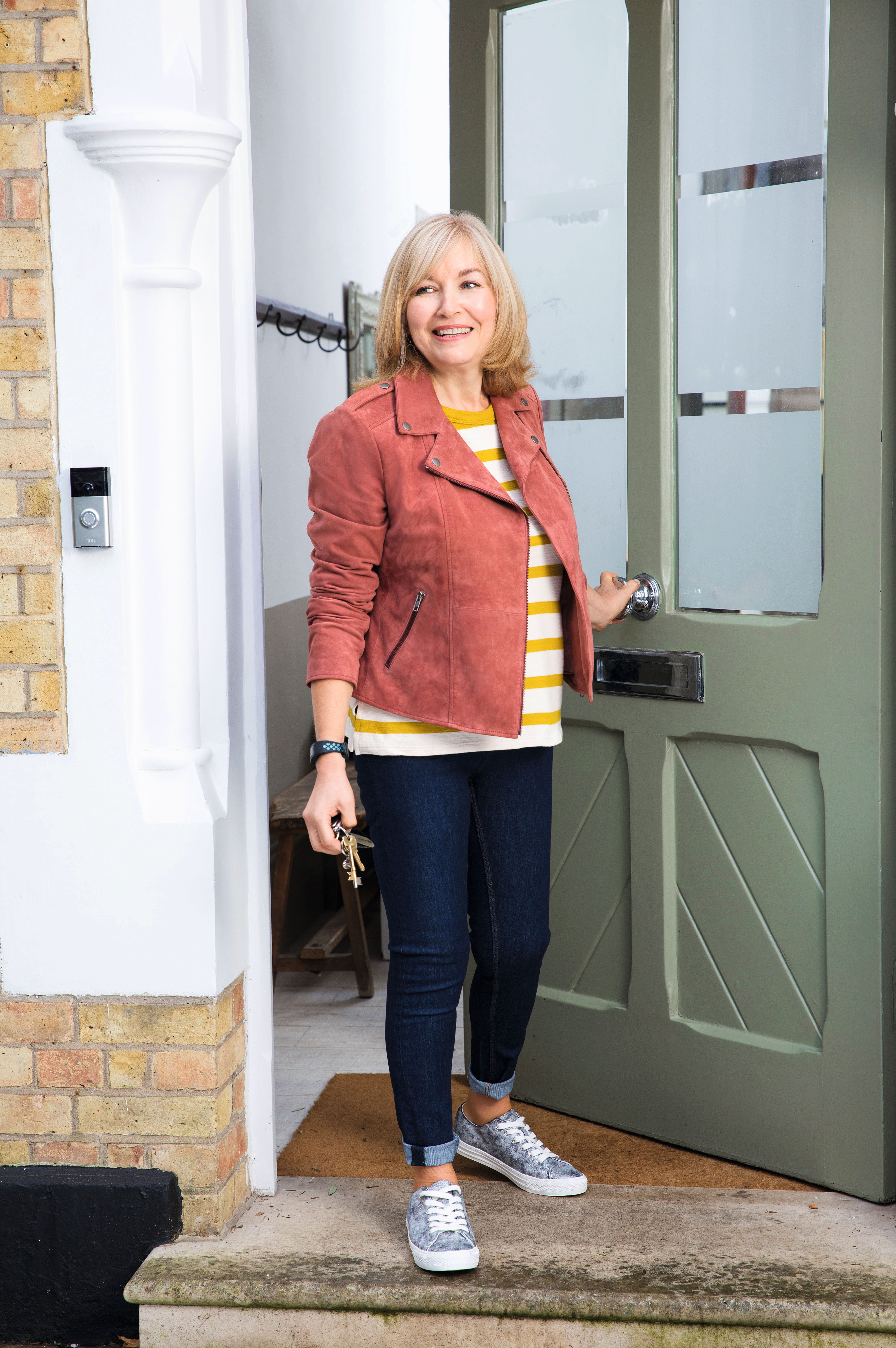 “The weight piled on quickly and I was in denial about it. I was 28 when we got married and I was pregnant with our first child, so I walked down the aisle in a size 28 wedding dress. I hated everyone staring at me and felt nothing like a beautiful bride.

“But I loved being a mum and we had a second child just 12 months later, which meant I didn’t drop down from a size 28.

"Unfortunately, I was in an unhappy married, which didn’t help my confidence either. And when he walked out, leaving me with a four-year-old and a five-year-old, I ate to cope with my devastation.

“I was eating tubes of Pringles, tubs of ice cream and takeaways to myself. It was pure comfort food.

"I knew I wasn’t happy and every January I’d sign up to a diet, try it for a few months and lose a couple of stone — but then the rest of the year I’d put it back on, ready to start again next January.

"I went on like this for years, losing bits here and there. I met Ashley online in 2002. I was a size 18, on my way back up again weight-wise after a January diet a few months before.

“He’s never been bothered about my weight. By 2017, both of my children had moved out of home. That was a big turning point. For some reason, that January I just thought, ‘I need to give myself permission to look after me again’.

“My kids were now independent, my partner loved me no matter what, so I needed to do this for ME. I signed up to WW in January 2018 because I wanted something serious, and when I looked at the plan it didn’t look like a fad diet where I would be starving myself. I was so determined this time. 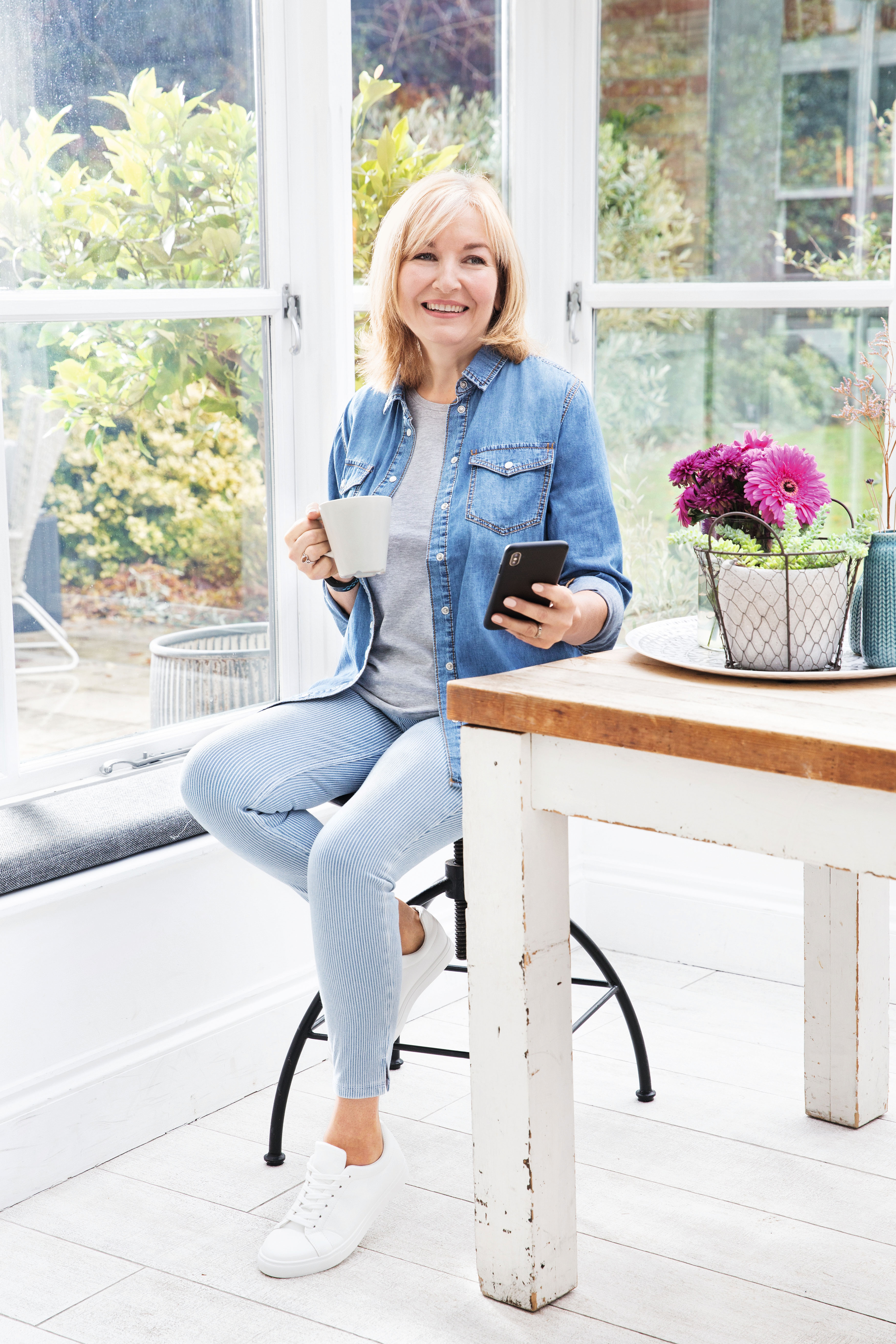 “When I got my plan, I stuck to it from the start. Of course, at the start I still wanted my takeaway fish and chips.

"But instead I found healthier options from WW and I was surprised by how much I enjoyed them. I re-learned food.

“I didn’t need four tablespoons of mayo with everything I ate — one teaspoon was fine. And the weight came off. I lost around 2.5lb a week, every week, and it never stopped. After a few months, people started to notice.

“Every compliment from a friend or colleague motivated me more. I never felt deprived. If I craved cheese, I could eat cheese and just take it off of my SmartPoints.

"There was no missing out. When my dress size fell to an 18, I couldn’t believe the choice I had in shops. So when I got down to a size ten, it was like a dream. I’d stand in front of the mirror and giggle, unable to believe it had happened to me.

“My partner was thrilled for me but he’s always said he’ll never comment on my weight, as it’s irrelevant to him. I’d been taking blood-pressure medication for ten years but 18 months after starting WW and reaching just over 9st, the doctors have taken me off them.

“It’s incredible knowing I don’t only feel amazing, but my body is reaping the health benefits too.”