A MUM has revealed how she fell for her son's best friend, who's 22 years her junior.

Dawn Northey, 42, from Scotland, was instantly attracted to Takhari Aldridge, 20, when she met him through her son Callum, 18, in June 2017. 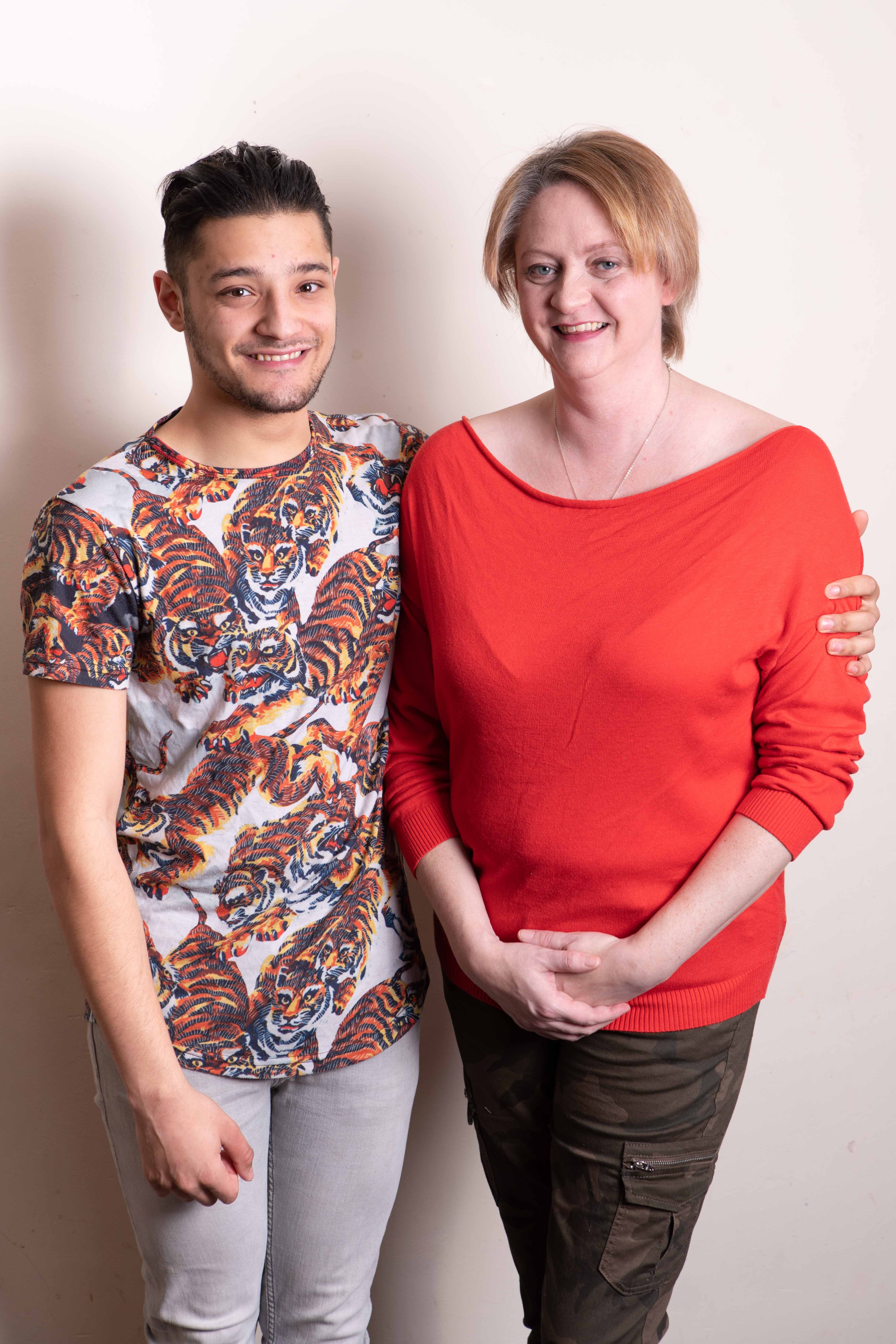 The mum-of-two first kissed Takhari, then 18, seven months later – when she was dropping him home one afternoon. They've been a couple ever since.

Dawn, who's unemployed, says Callum is happy about the union – but Takhari's mum was horrified and kicked him out.

Speaking exclusively to Fabulous, she said: “When I first met Takhari, I couldn’t believe I found an 18-year-old attractive.

“Thankfully, he fancied me too in the end and now we’re head over heels in love. A lot of people condemn our relationship but we just ignore it.” 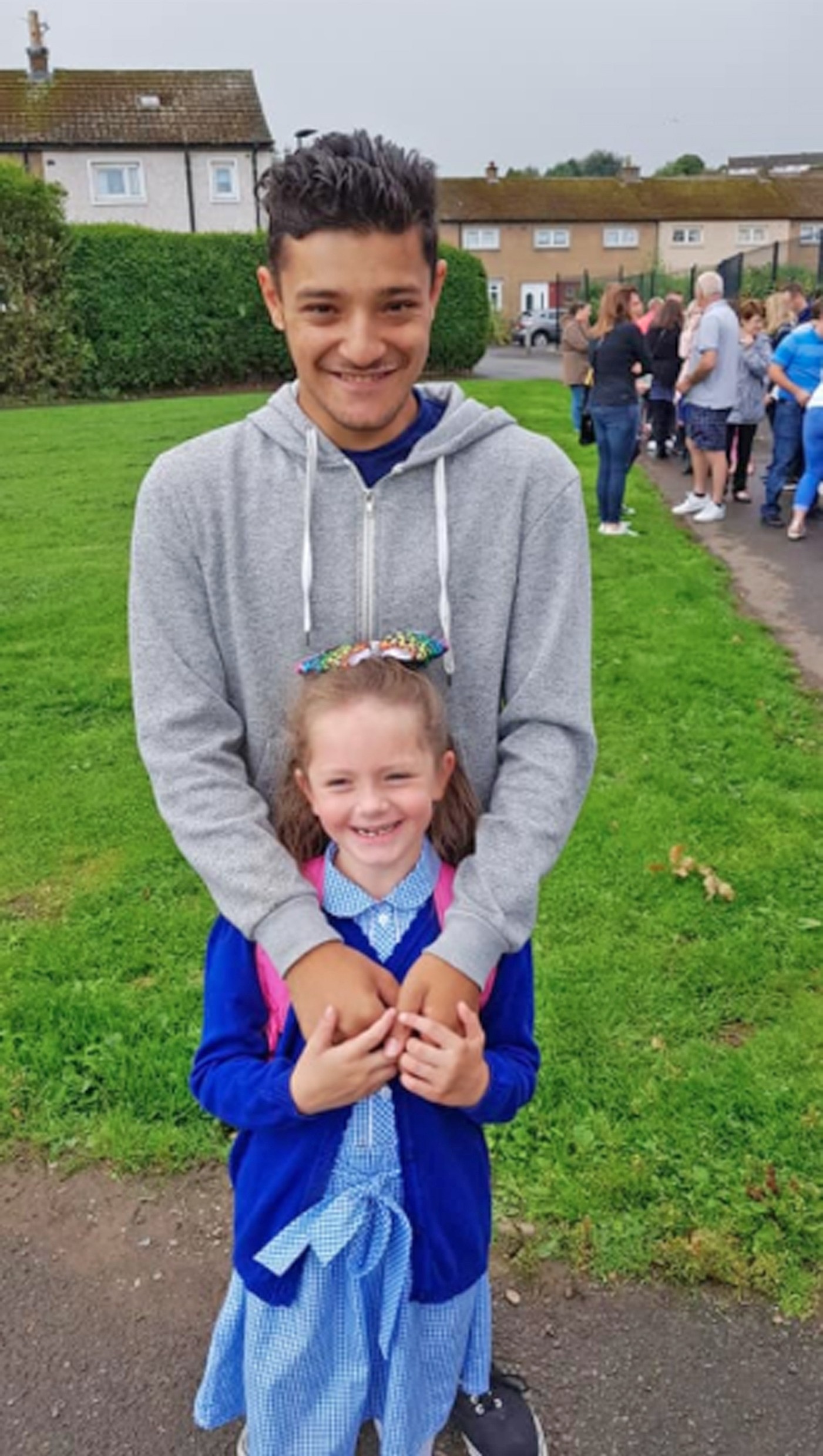 Callum and Takhari spoke online every day for three years, after meeting through Xbox games in July 2014.

Dawn, who was married at the time, met Takhari for the first time when she drove Callum 300 miles from their home in Glasgow to Wolverhampton, West Mids, to stay with his gaming pal.

Every day, I had to tell myself I was too old for him and to stop being daft. I thought it was just a silly crush

She said: “As we pulled up to the house, I saw Takhari standing in the driveway. He was tall, dark and handsome.

“I went inside and chatted with Takhari’s mum while the boys played video games upstairs.

“We said how we’d heard our sons speak about each other over the years and how nice it was that they were finally meeting.” 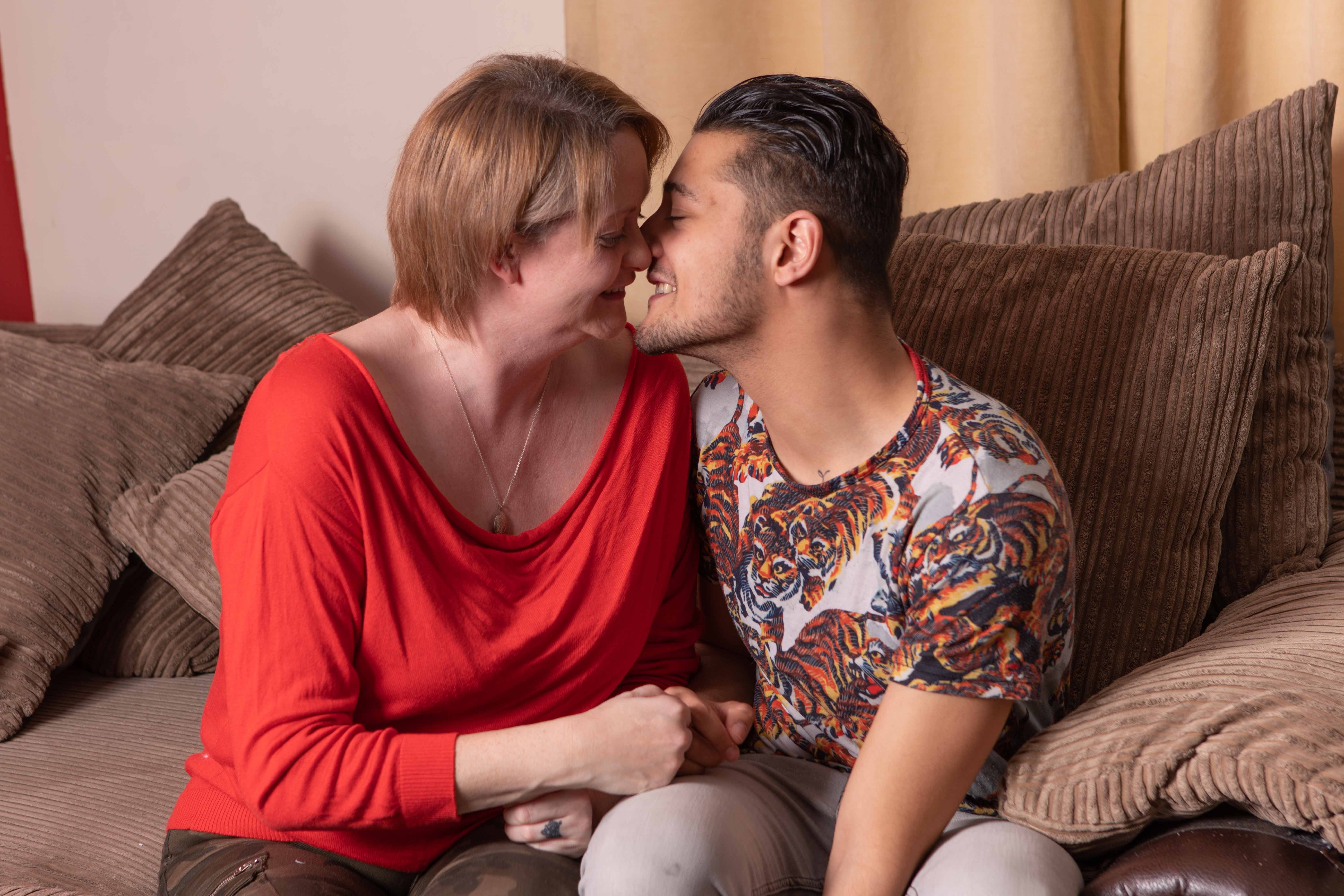 A week later, Dawn drove back down to pick Callum up.

She said: “After the boys said goodbye, I told Takhari he was more than welcome to visit him whenever he liked.

“Takhari then gave me his number and told me to let him know if I ever got lost in the area.”

We were both horrified. Takhari was a full grown adult when we met, not a child

Back at home, Dawn's 15-year marriage to Callum's dad came to an end – and they eventually split in January 2018.

Dawn, Callum and her daughter Addison, eight, moved out of their family home to Blantyre, South Lanks.

Seven weeks later, Takhari came to stay with them. Dawn said: “When he came to visit, I was excited to see him.

“I kept stealing glances at him around the house. Every day, I had to tell myself I was too old for him and to stop being daft. I thought it was just a silly crush.” 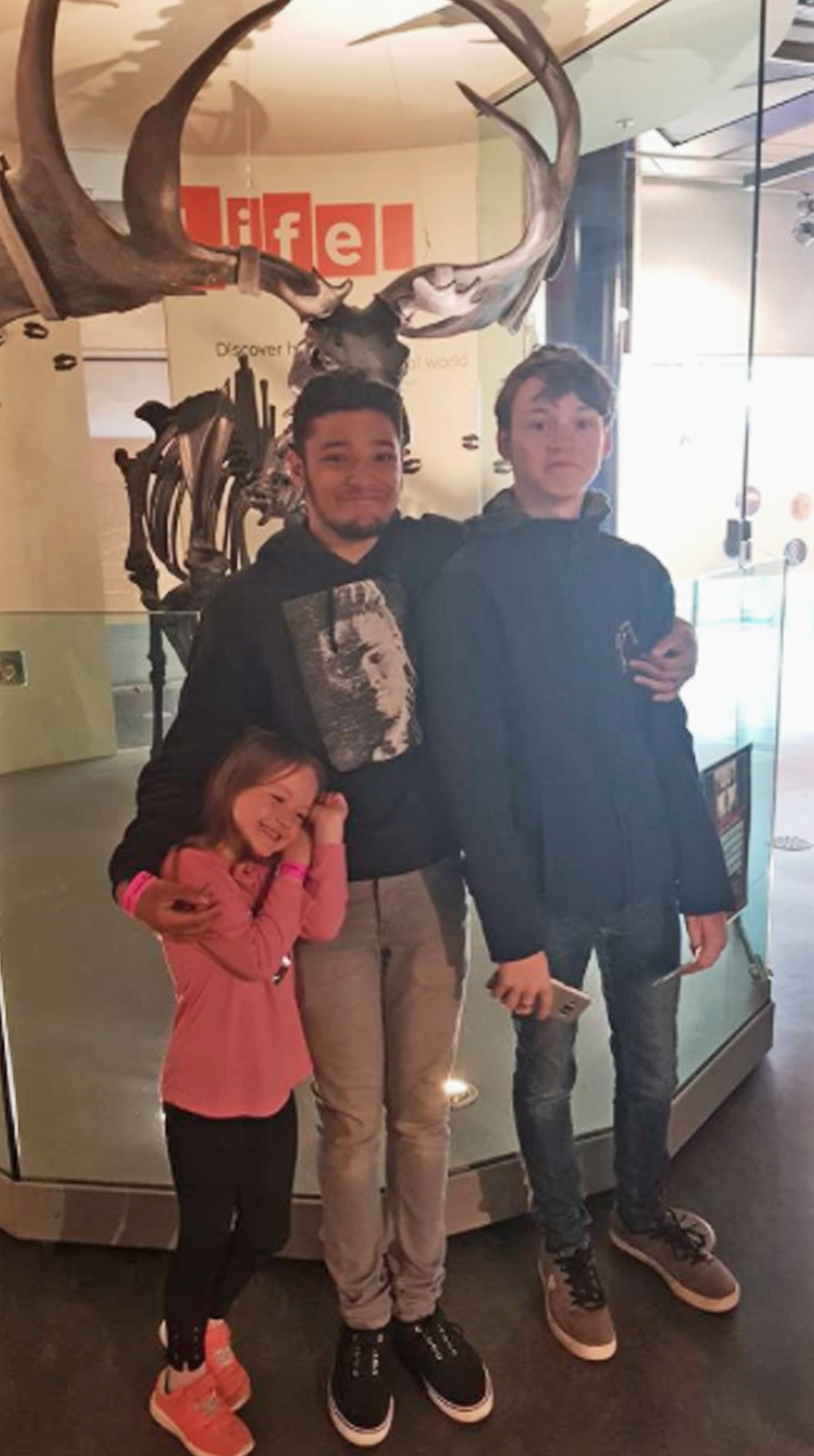 A week later, Dawn drove Takhari back home to the Midlands. She said: “As we chatted away about our lives, I had no idea how mature he was.

“When we arrived, Takhari suddenly leaned in and kissed me in the car.

“I couldn’t believe it. I had no idea he fancied me too. I was over the moon.

“Later that night, he texted me saying he’d been dying to kiss me from the moment we met.”

I felt so embarrassed and told her I was his partner, not his mum. She apologised and said it was because I looked so much older

After that, Dawn and Takhari texted each other in secret. But within six days, Takhari's mum had discovered the messages and kicked him out.

Dawn said: “I was heartbroken. Takhari had nowhere to live so I told him to come stay with us.

“Next I needed to come clean to my son, but I was terrified. That night, I told Callum that Takhari and I had romantic feelings for each other.

“I explained that if he didn’t accept us then we would end it immediately, as neither of us wanted to sacrifice our relationship with him.

“Callum shrugged his shoulders and told me he was fine with it. I’d never felt so relieved.” 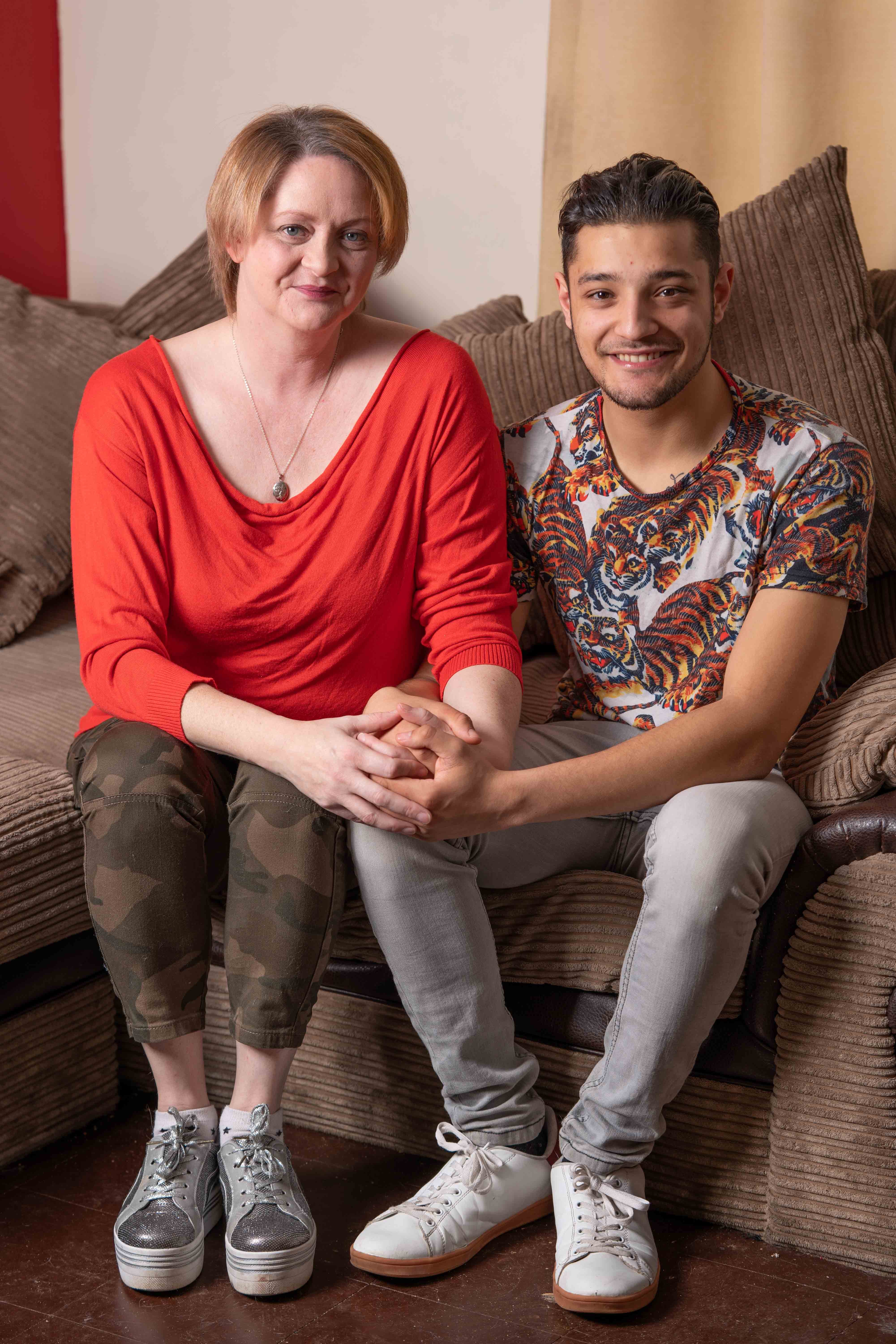 With Callum’s blessing, Dawn and Takhari moved in together that day. But it wasn't long before they faced more criticism.

“Then one day, Takhari injured his knuckle and we had to go the hospital. The nurse said ‘I’ll check your son’s hand now.’

“I felt so embarrassed and told her I was his partner, not his mum. She apologised and said it was because I looked so much older.

“Someone from my family even accused me of grooming Takhari and threatened to call the police.

“We were both horrified. Takhari was a full grown adult when we met, not a child.”

Despite their 22-year age gap, the couple insist they are happier than ever.

Dawn said: “Takhari has given me a new lease of life. He and Callum are still best friends and it hasn’t affected their friendship.

“Addison even calls Takhari Dad now, it’s adorable. Although Takhari’s mum hasn’t given us her blessing, we really hope she will one day.

“I don’t see why people judge our relationship when we are simply happy and in love. Most of the time we forget we have an age gap anyway.”

We previously spoke to a divorcee who found love with her Tesco delivery driver – and is now planning her second marriage with him.