LOOKS can certainly be deceiving, and there's no denying the power of makeup when it comes to transforming your face.

But this woman focuses on amplifying her cleavage instead, all in the name of money – and she makes roughly £300 a day in doing so. 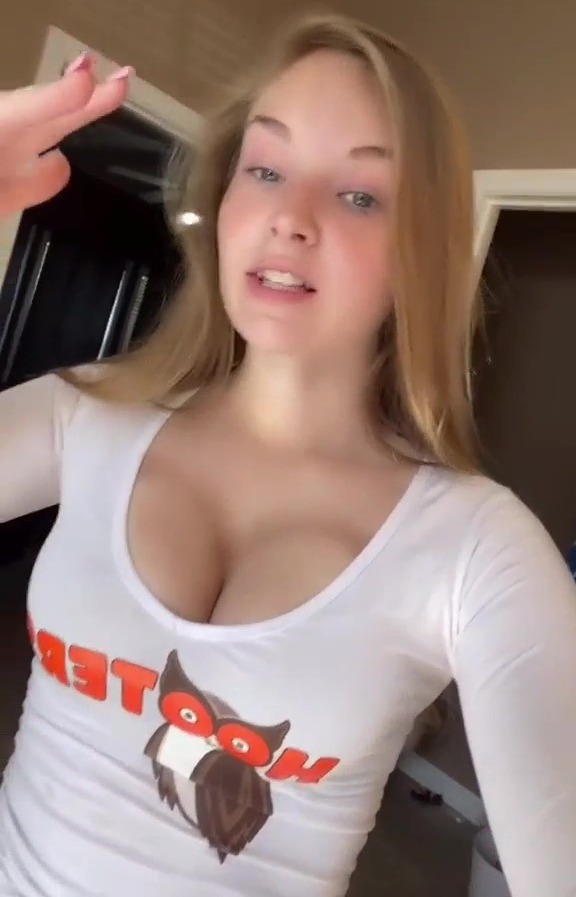 There's one issue though. She's actually a tiny double A cup, and she stuffs her bra to make her chest appear bigger.

You see, Kirstin, who's currently studying to be a doctor, works at the American restaurant chain Hooters, which is known for hiring attractive female staff who wear skimpy low-cut tops.

For this reason, the bigger the boobs the better in Kristin's opinion so she has a three step routine which helps drastically increase the size of of her bust.

Known as The Flat Hooters Girl on TikTok, Kirstin revealed that she "catfishes" customers with her chest in order to make more tips. 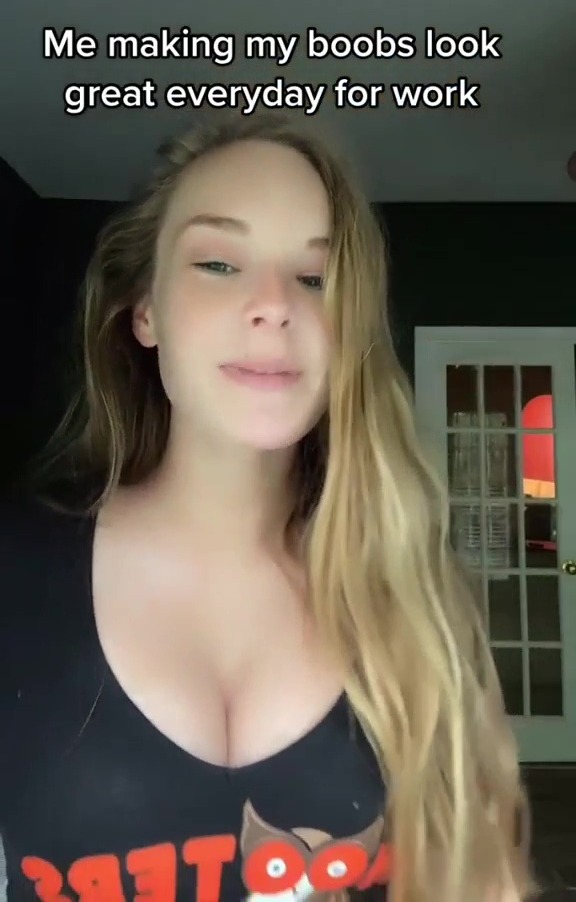 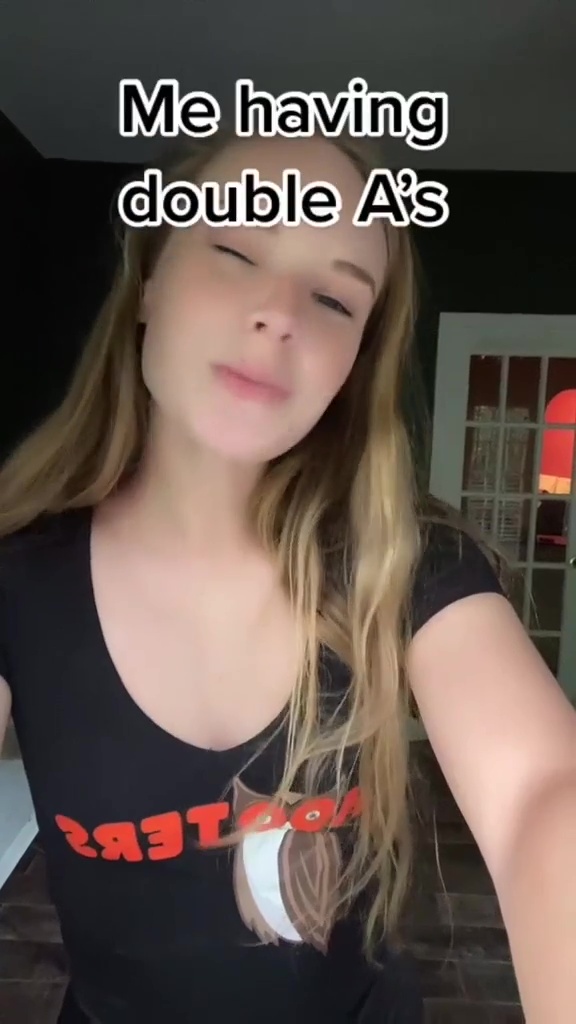 On a good day she rakes in about $400 (£290), she revealed in a clip on her page, which helps cover her expenses while she's at university.

Appearing in her Hooters uniform in one video – a tight-fitting low-cut black t-shirt – Kristin writes on the screen: "Me making my boobs look great every day for work."

But then suddenly, the clip switches to her wearing the exact same top without the extra padding in her bra – and there's a very visible difference in size.

"Me having double A's," she revealed, and people are absolutely gobsmacked. 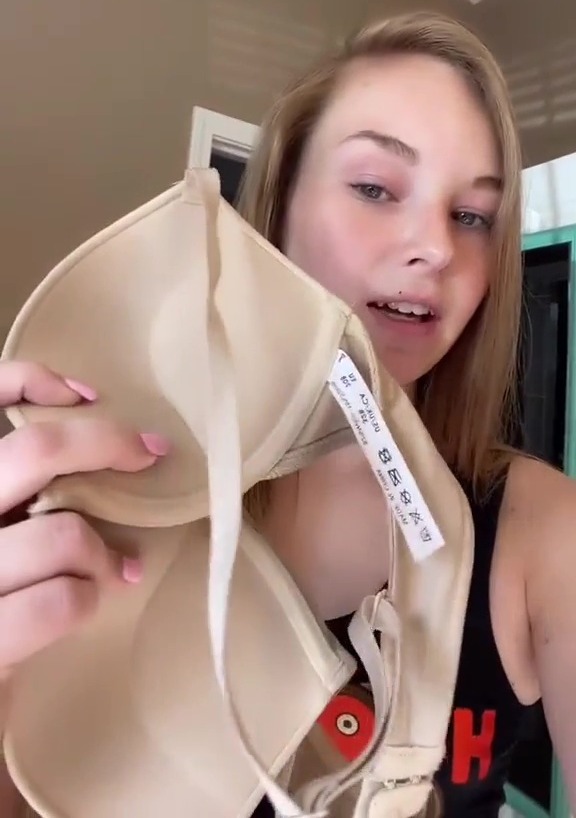 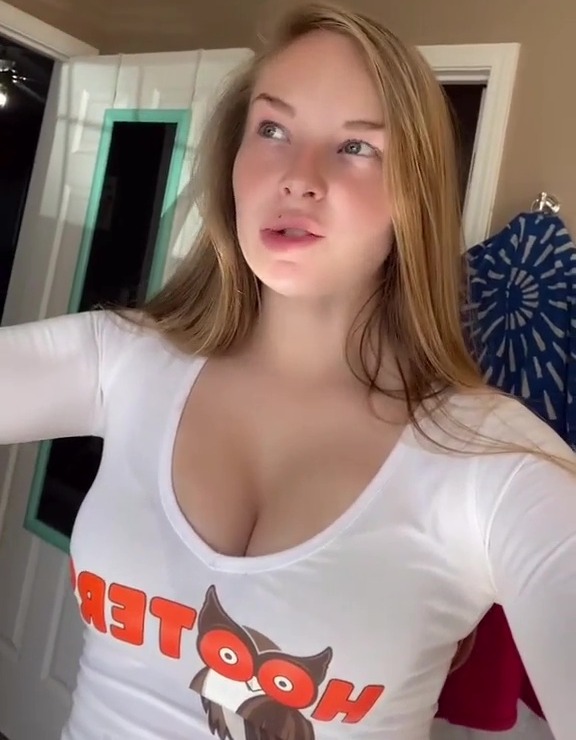 One person questioned: "So you're telling me I can work at Hooters even tho I have an A cup?"

"I've been bamboobled," said another.

Some people were desperate to know how she gets away with making her chest appear so much bigger, without people even noticing.

So responding to requests, she revealed her breast secrets, which often involves three simple steps.

"Here's a tutorial on how I stuff by bra for work", she said before confirming that she is "as flat as I say I am."

"There's nothing here," she said, showing off her actual chest size wearing her Hooters work uniform. "I have the chest of a teenage boy." 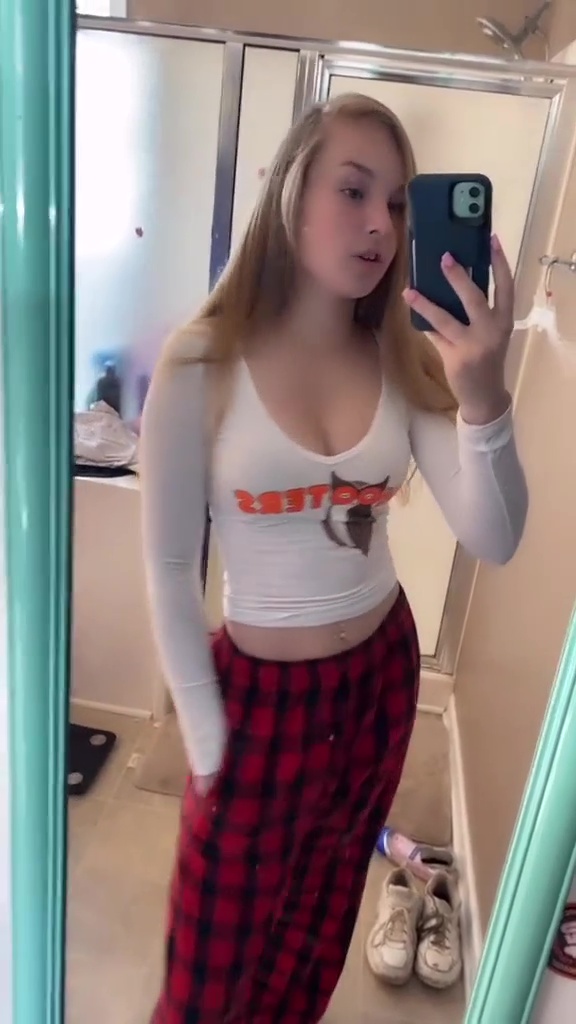 First she said, she wears a super padded bra which she ordered off Amazon and the boosting power of the undergarment adds two whole cup sizes.

She then shows herself wearing the padded bra in her work top, but that's only part of the process.

This is because the bra only gives her "a little speed bump" but she aims for more "cleavage".

So to do this, she stuffs "sticky boobs" into the bra which helps boost her chest – which are typically worn on there own in replace of a bra.

"There's a little line here now and I look like I have some boobs," she says, before detailing the last step. 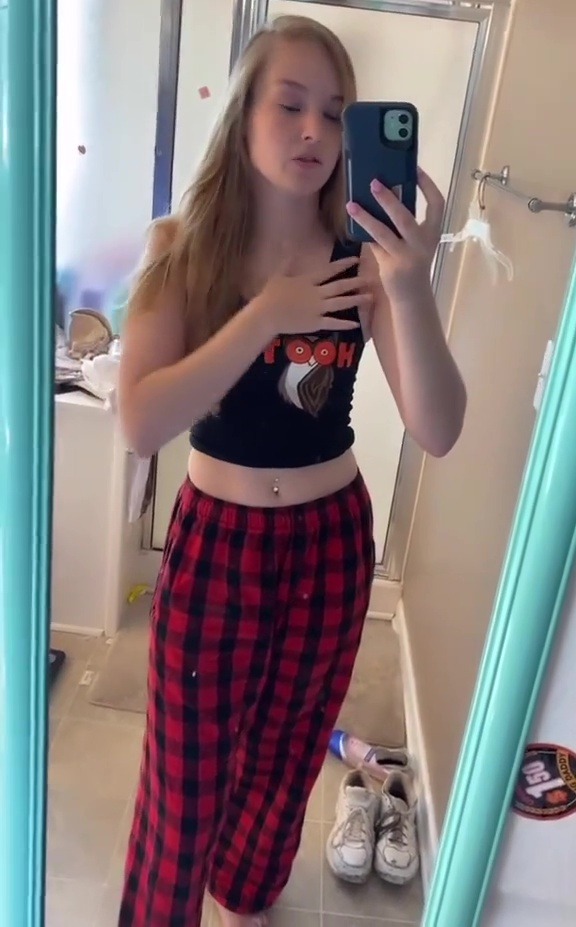 She said: "Then I take some dark contour and just follow the shape of my boobs just to give it a little bit of a shadow.

"And now they look huge, I look like I should be a Hooters girl," she added.

Just like when it's worn on the face, contour helps define certain areas by creating a darker shadow.

Other women joked they were "saving this" so they can increase the size of their bust too.

While others were still shocked by the massive difference admitting they were certainly "fooled."

Kirstin now has almost 90,000 followers on her TikTok page where she regularly answers questions about her job and her journey to becoming a doctor.

This comes after a mum who lost most of her tooth during her four pregnancies and now has dentures has spoken out on how she is a "proud catfish".

Or how about this, I’m pale & have acne – but after three layers of make-up & fake tan I can catfish like a pro, I look totally different