THERE'S no denying that kids can sometimes be the meanest people – and nobody knows it better than this woman.

TikTok user Mariam Merchant, from New York, revealed that as a kid, others would often make fun of her moustache. 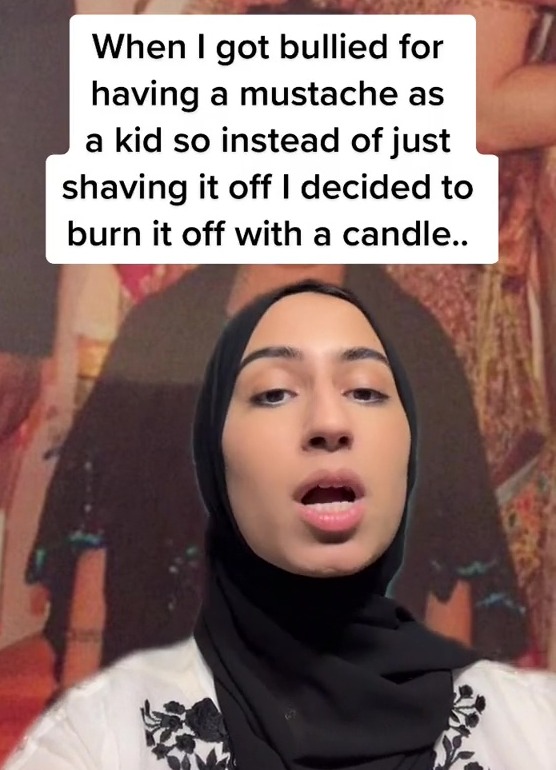 According to Mariam, the bullying got so out of control that she decided to resort to drastic measures.

She then also uploaded a snap of her as a kid – aged six – with a burnt moustache.

Despite some finding it amusing, others said it was ''sad'' and ''upsetting'', with one wondering: ''I don’t understand kids who bully other kids.

''I never even had a THOUGHT of bullying someone else as a kid.''

Mariam isn't the only one to have gone through this, as supportive users told their stories.

Famous face hides behind a disguise to go skiing – so can you tell who it is?

''I was bullied for the same thing, I'm so sorry.

''You were and are beautiful.''

''I put white concealer over my mustache but it ended up showing so much more but still Wore it everyday,'' read another comment.

''I used to get bullied for this too,'' wrote a viewer.

'' I still shave my arms and face bc of kids in elementary school, this is so sad.''

Someone had a different method: ''I ‘waxed’ with every single sticker on fruit I could find.''

Meanwhile, Fabulous Beauty Panel member Kadeeja Khan reveals how she learned to love her skin, spots and all.

Plus, woman was savagely bullied for her 'paper-thin lips' at school – 'I’m definitely having the last laugh'.

Also, this woman had her eyebrows microbladed but they were botched so badly she couldn’t stop crying – she's had to LASER them off. 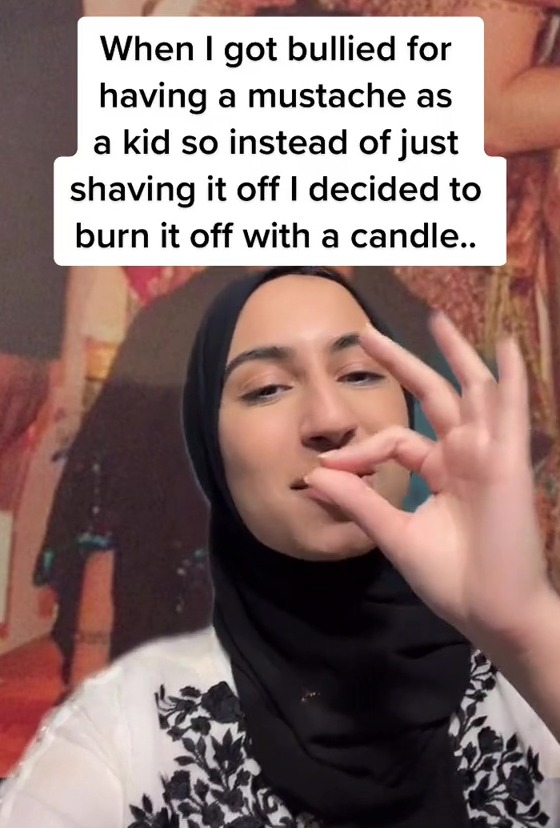 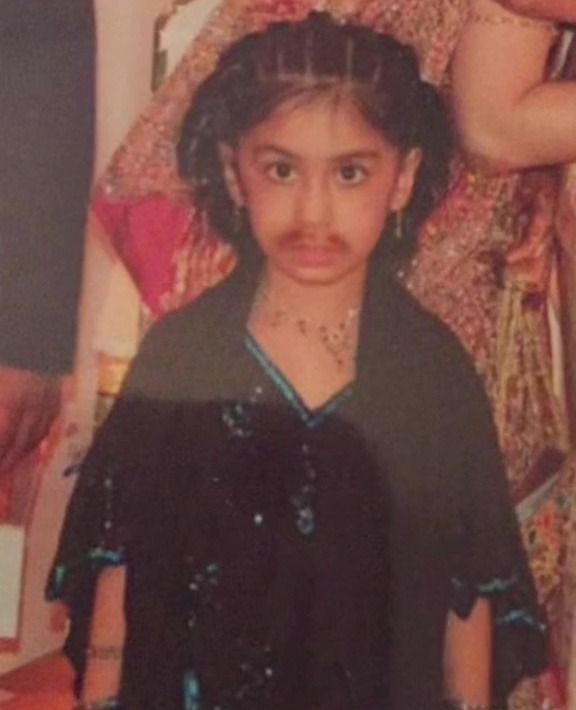