AN occult fan is counting the cost after a botched DIY tattoo left her with the wrong symbol permanently inked on her body.

Sally said she wanted a pentagram – a five-pointed star associated with devil-worship – for her first ever piece of body art. 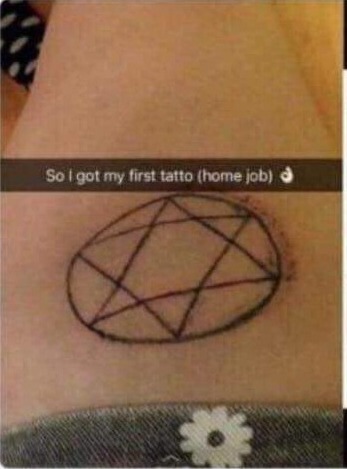 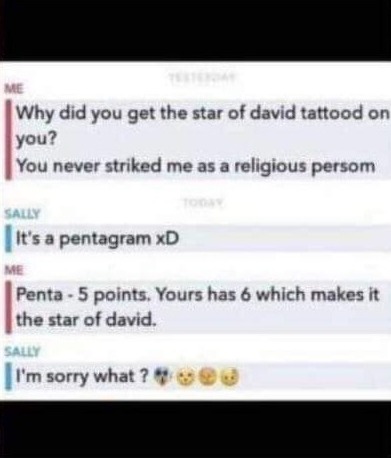 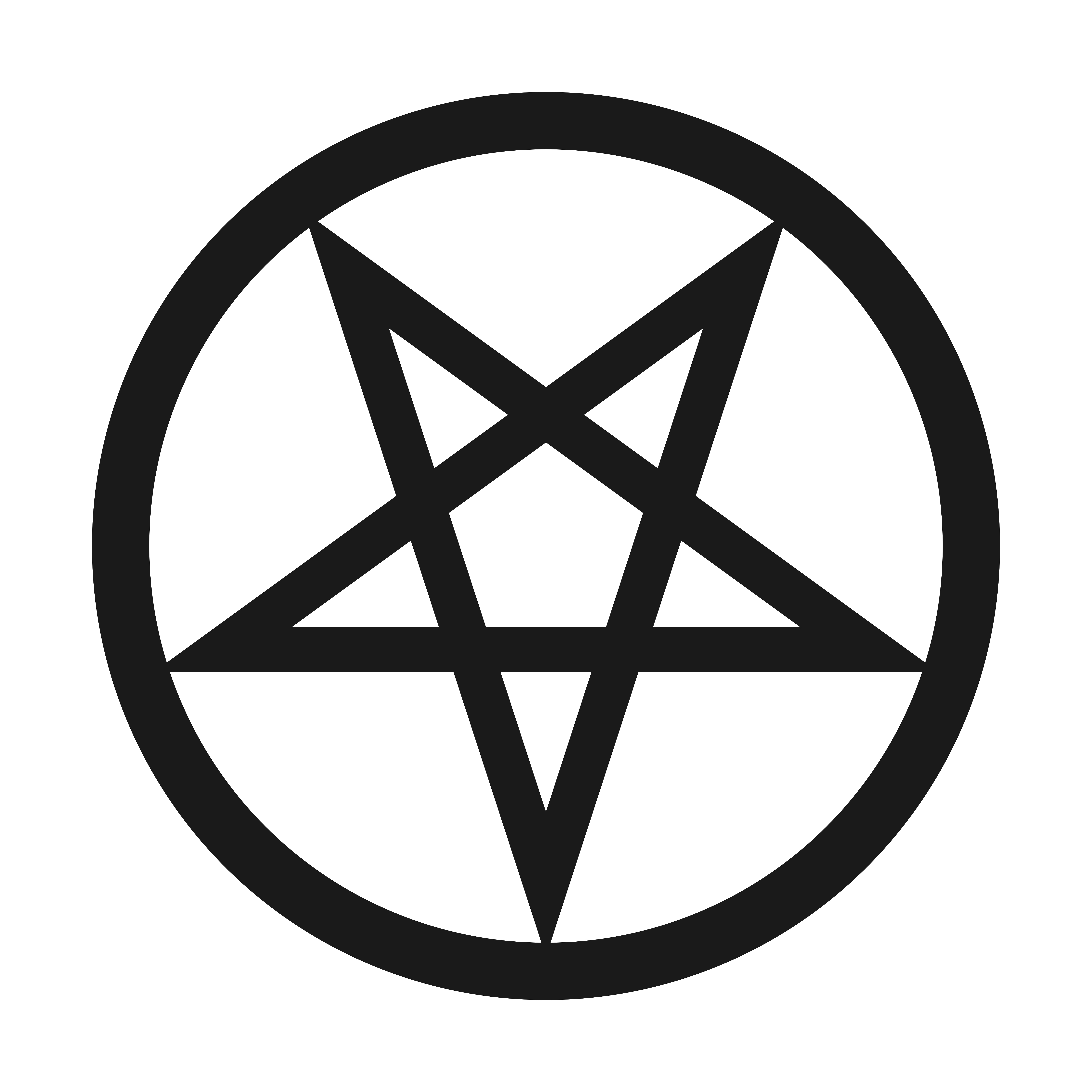 Sally shared a picture of the DIY ink online, and captioned it: "So I got my first tatto (home job)."

But she was mortified when a pal asked why she had chosen a six-pointed Star of David, a common symbol in Judaism.

Sally insisted it was a pentagram but the friend explained: "Penta – 5 points. Yours has 6 which makes it the star of david."

The hilarious text exchange went viral and was shared again today on the Reddit thread S***ytattoos.

One viewer joked: "They didn't have to specify it was a home job."

Another said: "In the age where you can LITERALLY look up anything online….how the fluff does this stuff STILL happen??????"

Others claimed it was an easy mistake to make.

Mum shows off son’s first haircut, but his car seat has got people talking

I’m a dermatologist & I only wash the ‘three Ps’ – privates, pits & piggies

One said: "I actually do have a pentagram tattoo and I can’t count the number of times someone has seen it and asked, 'you’re Jewish?'"

Yesterday we told how a Christian asked for a Bible-inspired tattoo but viewers said it looked like a devil's tail.

Another body art fan was furious after a new tatt ended up looking like a sex toy.

And a TikTokker said her tattoo of a full moon was so bad people thought it was a bowl of soup.