GETTING ready for work each morning, Nicola Turner applies a full face of makeup, carefully bronzing her cheeks and sculpting her brows before adding a slick of lipstick.

But glam Nicola, 35, isn’t about to step into elegant office-wear, instead donning a stab-proof vest and she never leaves the house without her handcuffs or badge. 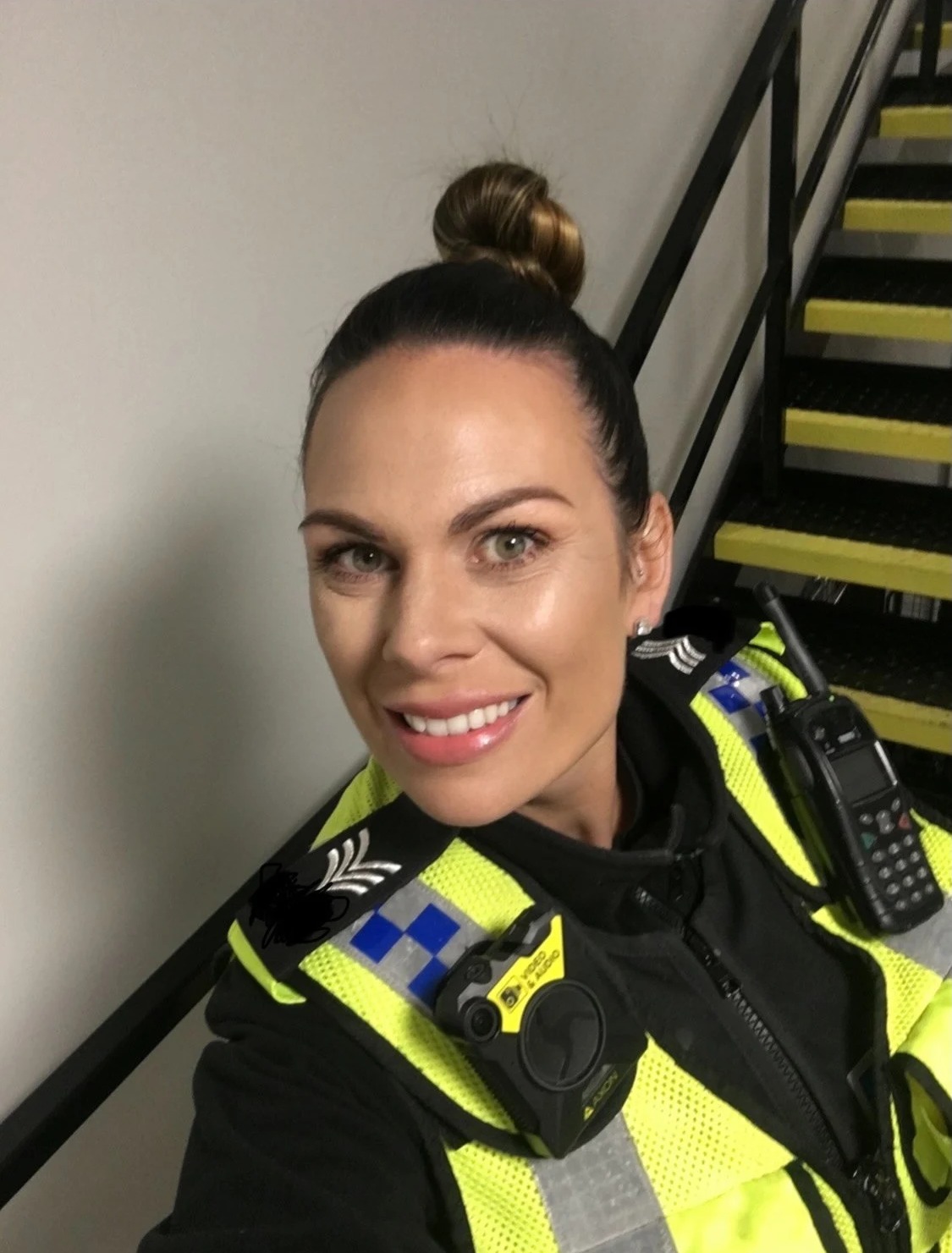 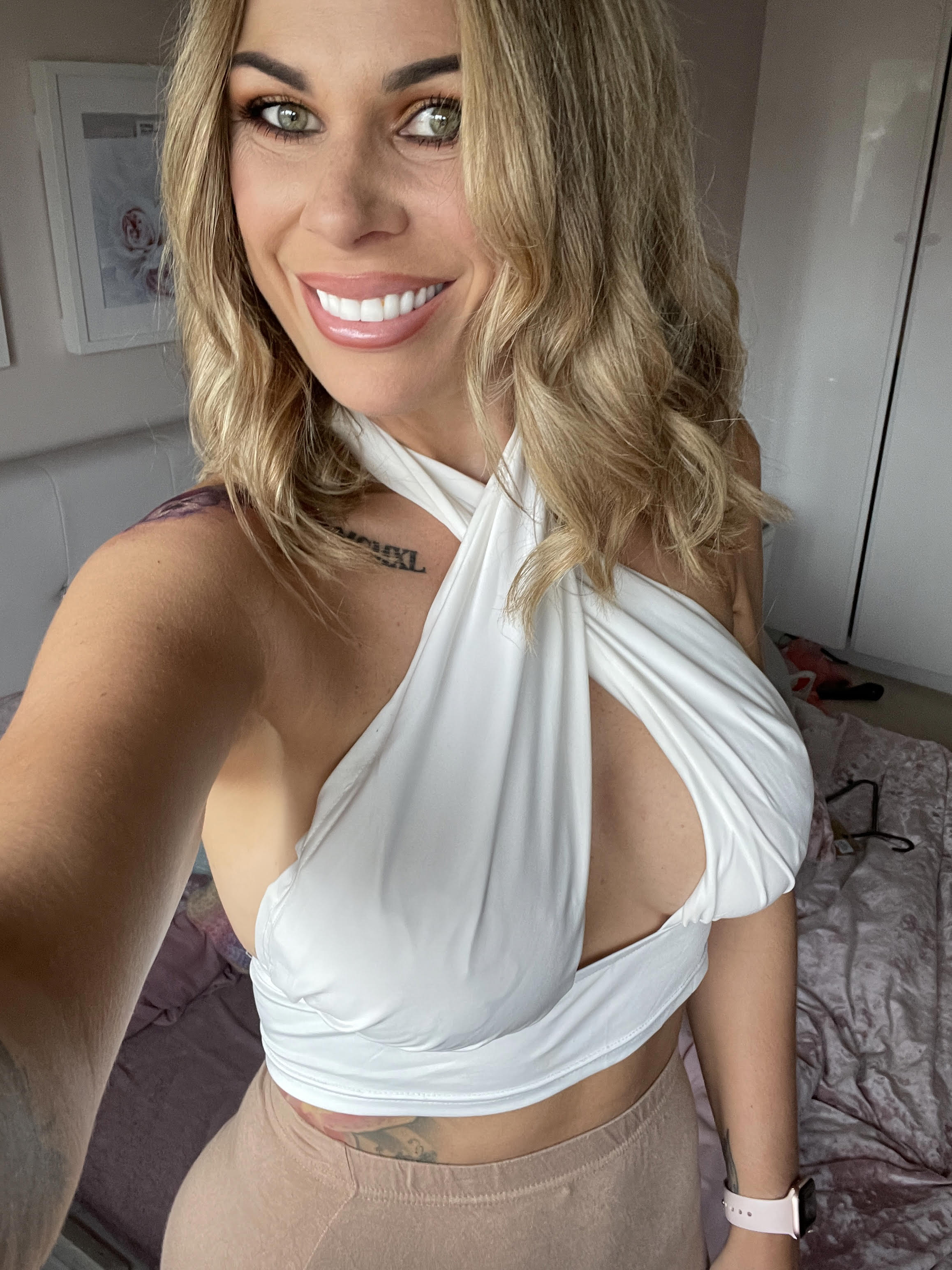 Gorgeous Nicola, who lives in Basildon, Essex, with her partner, Luke, 36, a builder, and daughter, Violet, seven, never lets her job as a police sergeant get in the way of her ultra-glamorous style, arguing it makes her better at her job.

Speaking exclusively to Fabulous Digital Nicola says: “My mum brought me up to make an effort with my appearance, to be clean, tidy and presentable.

“For me personally I do feel I am the best version of myself when I’m wearing makeup – it makes me more confident – it just makes me feel more me.

“So if I’m the best version of myself in makeup, that’s the me I’m going to take to work too.”

However, not everyone is of the same opinion.

Everytime Nicola heads out onto the streets in her uniform, she risks being abused by the public who think she’s “too glam” to be a cop.

“Whenever I go to a football match I am pummelled with derogatory comments,” Nicola says.

“I remember one incident where there were about 100 football fans outside a pub and they all started chanting and pointing at me.

“They told me I was just a stripper in a uniform, I was so humiliated.

“It wasn’t so much that I was offended, but it was embarrassing because everyone was staring at me.

“And that’s not the only time I’ve been called a ‘stripper’ on the job.

“On another occasion a female colleague and I got onto a train where there just happened to be a male football team travelling on it.

“So me and my colleague went to have a look and then the manager came out and said ‘oh the team thought the pair of you were going to strip for them.’

“They thought we were there for their entertainment rather than serving as real police women – it’s quite depressing.”

Nicola’s appearance doesn’t just attract sexist comments, but at times it has made it difficult for her to do her job.

She explains: “While I’m dealing with incidents more often than not men will completely disregard me and speak to my male colleague.

“There was one occasion that I was dealing with an incident on a train and I was with a male colleague.

“We were both speaking to a bloke who was being anti-social, and he was more than happy to engage with my male colleague but when I spoke to him he said ‘oh is your other half not giving you enough at home love?’”

They told me I was just a stripper in a uniform, I was so humiliated

But it isn’t just men who appear to be uncomfortable with Nicola’s appearance.

“I’ve had plenty of comments from women too,” she says.

“I’ve had young girls shout at me from across shopping centres because I’ve been wearing makeup.

“I heard one yell: ‘Look at her with her lipstick on, who does she think she is?’

“For me as long as you’re capable and do your job properly it shouldn’t matter what you look like.

“But it’s almost like people can’t quite believe that I am able to do my job as well as wearing makeup.

“A few years back I had a man come up to me, shouting in my face, saying I was a disgrace to the police because I wear makeup and I shouldn’t be allowed.

“He told me it was disgusting, I was letting the police force down and he was going to put in a complaint against me because I had makeup on.”

Nicola thinks that the stereotype of a female police officer works against her.

“The stereotype of a female police officer is quite butch, which is why people are often shocked when they find out what I do for a living,” she says.

“Whenever I have done plain clothes operations people have always stopped and said ‘oh my God I never would have expected you to be a police officer’, and I just think, why?

Nicola admits she wasn’t always so positive about her image as a female officer.

She first joined the force 13 years ago and at the time she was the only female officer on her intake, and found herself becoming self conscious about her image.

She says: “When I was younger I had an inner conflict of being true to myself but also presenting a version of me that was taken seriously.

“But I think as I’ve got older I have become totally accepting of who I am, and I am confident in my abilities.

“I always use the fact that I look a certain way and that I am from Essex and I have an accent to my advantage.

“People are always underestimating me, which means I am always one step ahead of them

“I do think that attitudes towards female police officers are changing gradually over time.

“I'm lucky to work on a force with strong female leaders who are championing women.

“There are many more girls who have fake eyelashes and are much more glamorous in the way they present themselves.”

But while attitudes towards female officers may be changing internally, Nicola isn’t hopeful for the public.

“As for the blokes who harrass me, I don’t think they’ll ever change,” she says.

“Alcohol changes everybody. The most respectable gentleman with an important job will go out at the weekend, have a few drinks and do things they would never normally do.

“I want these people who abuse me to remember that in your hour of need when you need me it doesn't matter what I look like.

“You would never tell a paramedic that they’ve got too much makeup on and shouldn’t give you CPR.

“I am just as capable as any one of my male counterparts, with or without a bit of mascara.” 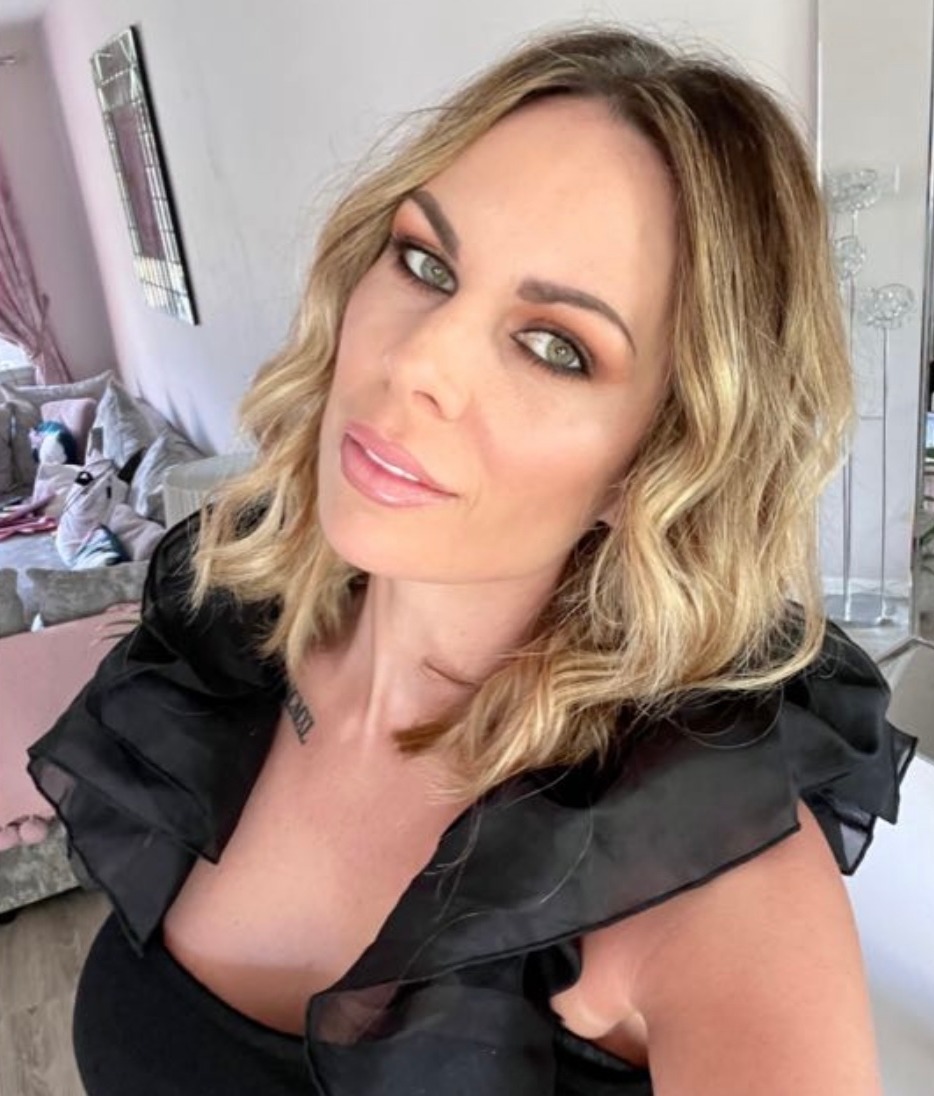 In other real life news, mum-of-22 Sue Radford shows off £575 Gucci trainers after finally giving in and ‘treating herself’.

And this man was stunned after date refuses his offer of a lift then sends him a $10 taxi bill because her Uber was ‘too expensive’.

Plus this mum-of-12 shared what laundry day looks like for a big family… and just sorting the clothes into a pile takes hours.