A MUM-of-four who claimed she was “slowly poisoned” by her DD breast implants has revealed she suffered from such extreme memory loss that she feared she had dementia. 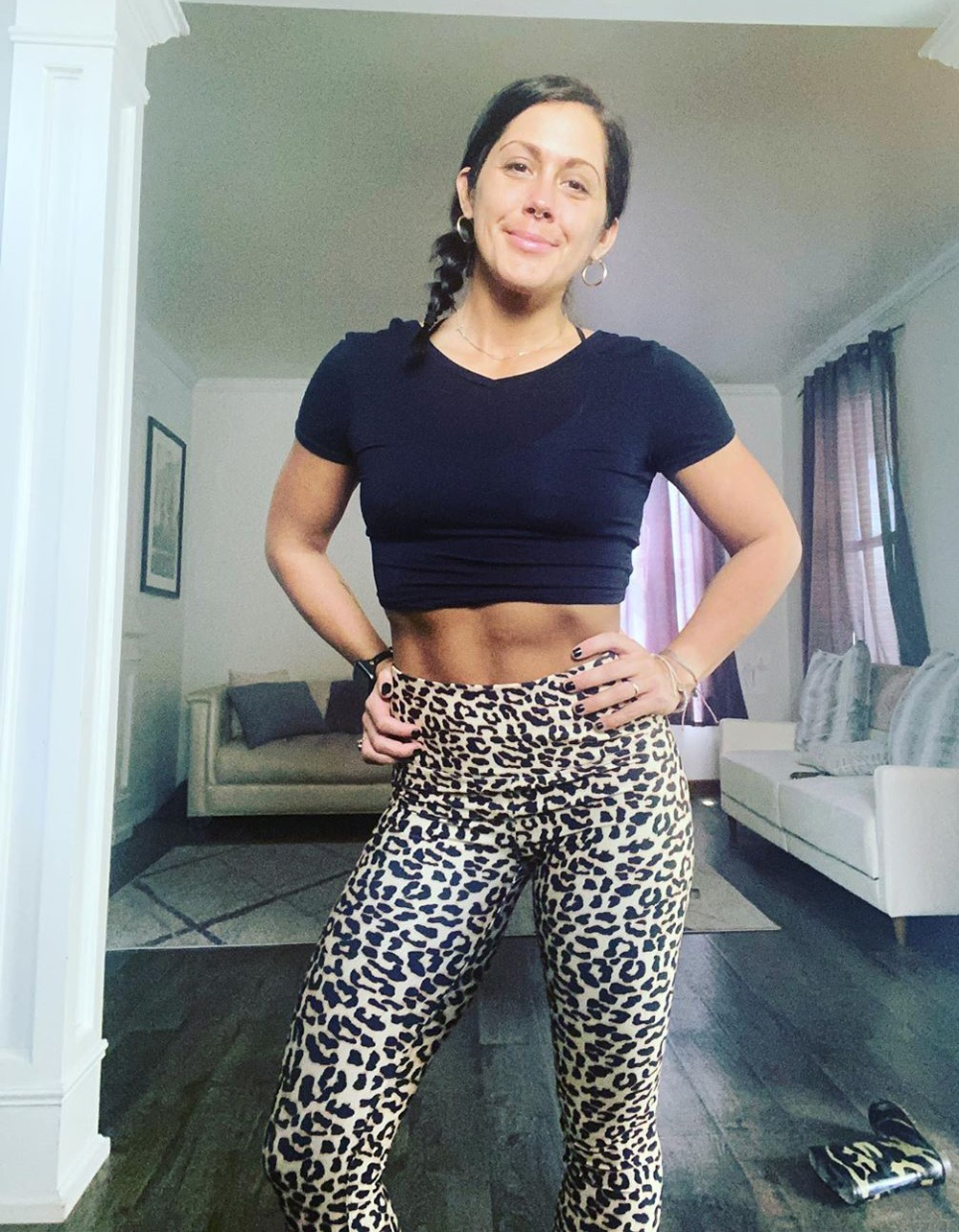 Nine years later, Rachel – who works as a massage therapist – noticed some skin dimpling around her implants which she assumed were as a result of breastfeeding.

As a result, the mum-of-four had her implants replaced to take her up to a DD bra size.

She said: "I wanted the skin filled back up, so decided to switch to bigger, silicone implants.

"The ones I had were 650CC – they were huge. It equalled out to around a DD cup size at first, but by the time I had them removed, I was so inflamed and swollen that I couldn’t wear proper bras." 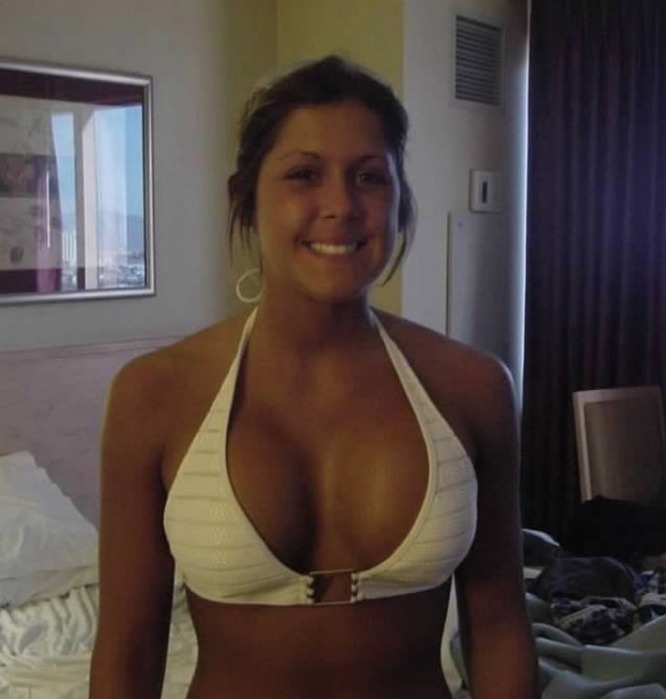 In 2015, Rachel started breaking out in rashes and suffered from hair loss, bloating, anxiety, depression, fatigue and brain fog which she later attributed to breast implant illness (BII).

"I initially put it down to age and the stress of being a mum,” she said. “But no matter what I tried, the symptoms just got worse and worse.

“I went to lots of doctors, both general medicine and specialists, and they really wanted to help, but just didn’t know how.

“They gave me things to treat each individual symptom, but nobody could explain why they had all suddenly started in the first place.”

At her lowest point, the mum believed she was suffering from early-onset dementia as she struggled with memory loss. 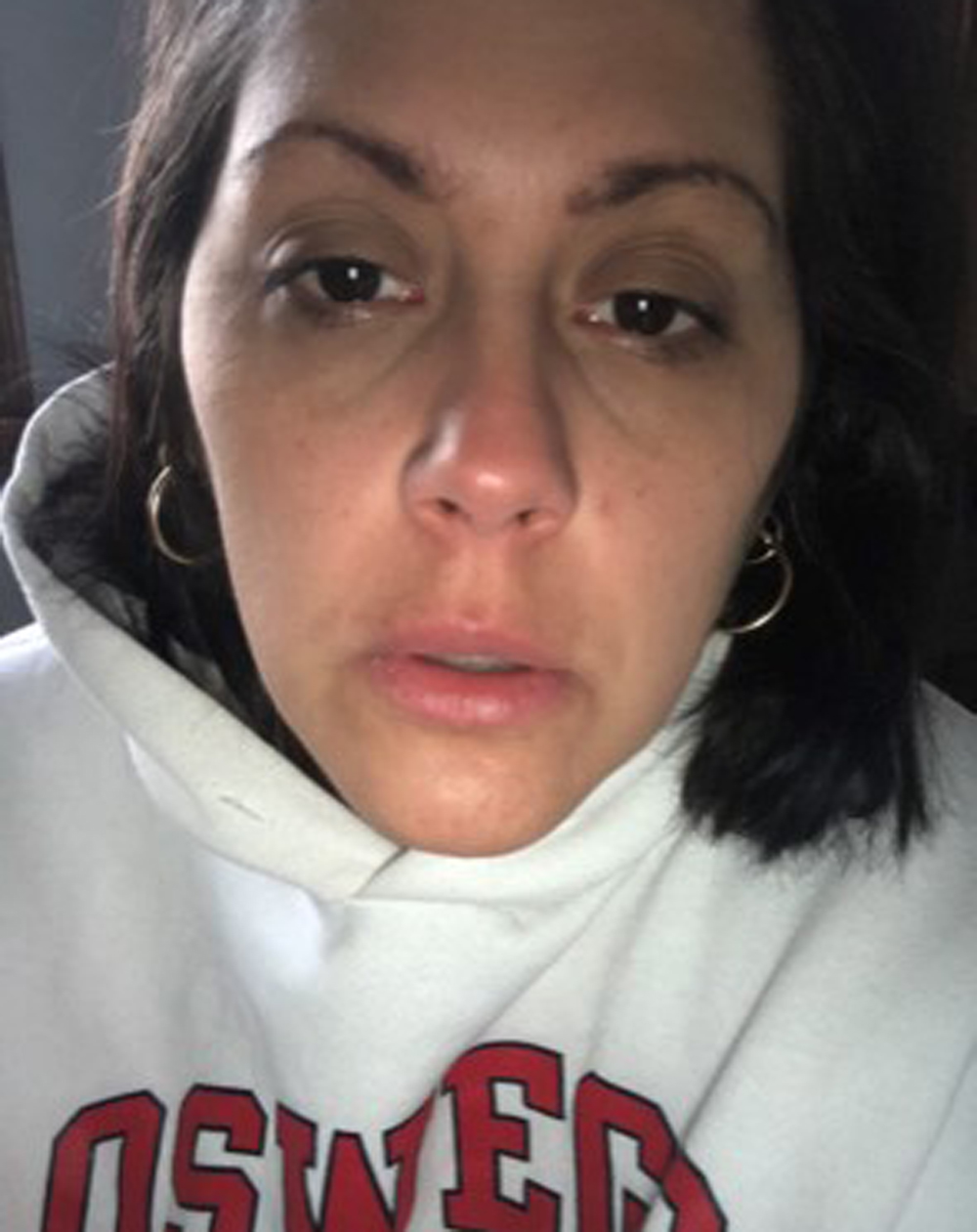 She said: "I would forget entire conversations and was constantly missing appointments.

"Even writing notes to myself as reminders didn’t help. It was like being in a constant out-of-body experience.

"It got to the point where I was constantly apologising to everyone in my life for missing meetings or forgetting things they had told me. It was terrifying. I even feared it was early-onset dementia.

"At my worst, I really thought I might die. There would be days when I literally couldn’t get out of bed.”

Doctors were stumped by Rachel's symptoms – but after turning to the internet for answers, the mum found a Facebook page about BII and became convinced it was the answer.

She said: "Reading the hundreds of stories from other women, I immediately related to them.

"I believe without a shadow of a doubt I also had BII and that it was the implants causing my symptoms.

"By that point, I absolutely hated them and just wanted them gone."

What is breast implant illness?

Rachel isn't the only woman to have raised concerns about breast implants.

A growing trend has emerged of women who've had implants getting them taken out – because they said they've made them ill.

It's not linked to the PIP implant scandal where women were given dodgy breast implants.

Although Breast Implant Illness isn't formally recognised ny the NHS, ancedotally it is reported on widely with a Facebook group boasting thousands of members.

In April Austalian woman Emma Novotny told how she had her implants removed after they caused her agony.

Meanwhile, Kathy Richmond, from Reading, Berkshire, went from an A to a G cup – but had her implants taken out after she severe pain.

Former Playboy model Karen McDougal told in 2017 how she had her breast implants removed after they gave her blurred vision.

Gina Stewart, dubbed the 'World's Hottest Gran', said her boob job is poisoning her… after she got a £5,600 a year ago.

Annette Stevens forked out £6,000 to have her breast implants removed after she suffered a gel bleed

The British Association of Aesthetic Plastic Surgeons (BAAPS) says BII not a medical diagnosis but a term coined by women who believe they have developed symptoms including joint ache, sleep disturbance, headaches, chills and neurological issues as a result of implants.

Although a test doesn't officially exist for the condition, studies are underway in Australia and the USA and BAAPS acknowledges that one BII Facebook group alone has more than 50,000 members who have all reported similar symptoms.

As Rachel was convinced her breast implants were causing her symptoms, she had them removed in June 2019 – and she no longer takes any of the medication she needed.

At my worst, I really thought I might die. There would be days when I literally couldn’t get out of bed

Despite being in pain at first, Rachel said she could tell right away she could tell her operation had been successful and claims her eyes were immediately far brighter.

Within five days, her brain fog began to lift and she felt much more “alive” and energised.

She said: "There have been times when I have questioned if this has all been in my head and some people have told me they don’t believe BII is real.

"But they have all changed their minds after seeing the difference in me since I had my silicone implants removed. It was like suddenly waking up from a coma. 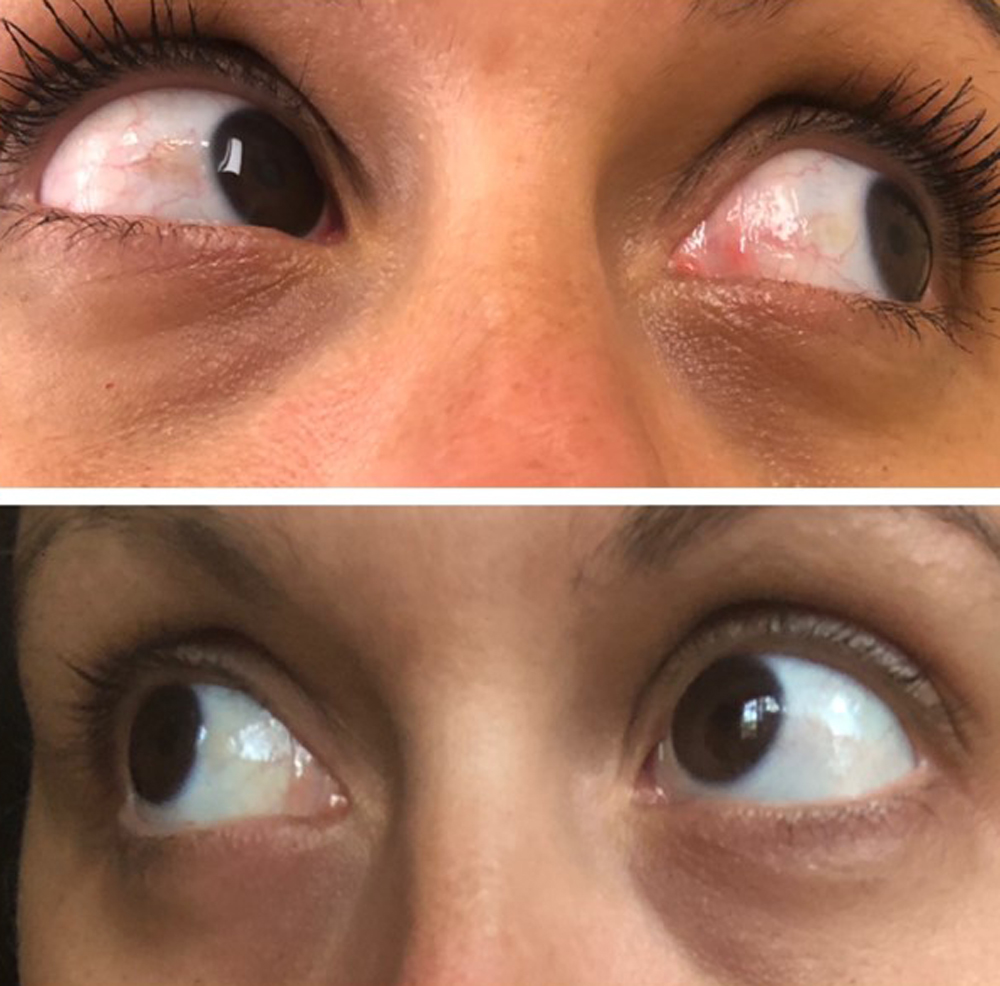 "I no longer bloat, my hair is thick again, my eyes are whiter, my skin is clear, I have more energy – the list goes on. I used to take loads of medication to combat all the symptoms, which I no longer need."

"It's very clear to me that my implants were what was making me sick.

"I’d encourage other women who have bizarre symptoms and are struggling to connect the dots to look into BII.

"It’s been a long, painful road, but I am finally back to the old me."

For more health stories, this woman claimed her lip filler treatment made her pout triple in size and her mouth look like a ‘baboon’s bum’.

And this mum thought her son was ‘constipated’ – but it was actually cancer and now he’s fighting for his life.