WHEN the delivery driver handed over yet another pile of boxes, I felt a flash of despair.

It was December 2016, and over the past few days, more than £3,000 worth of presents, including the latest Lego sets, clothes, books and toys, had arrived for our young sons Alex and Ethan. 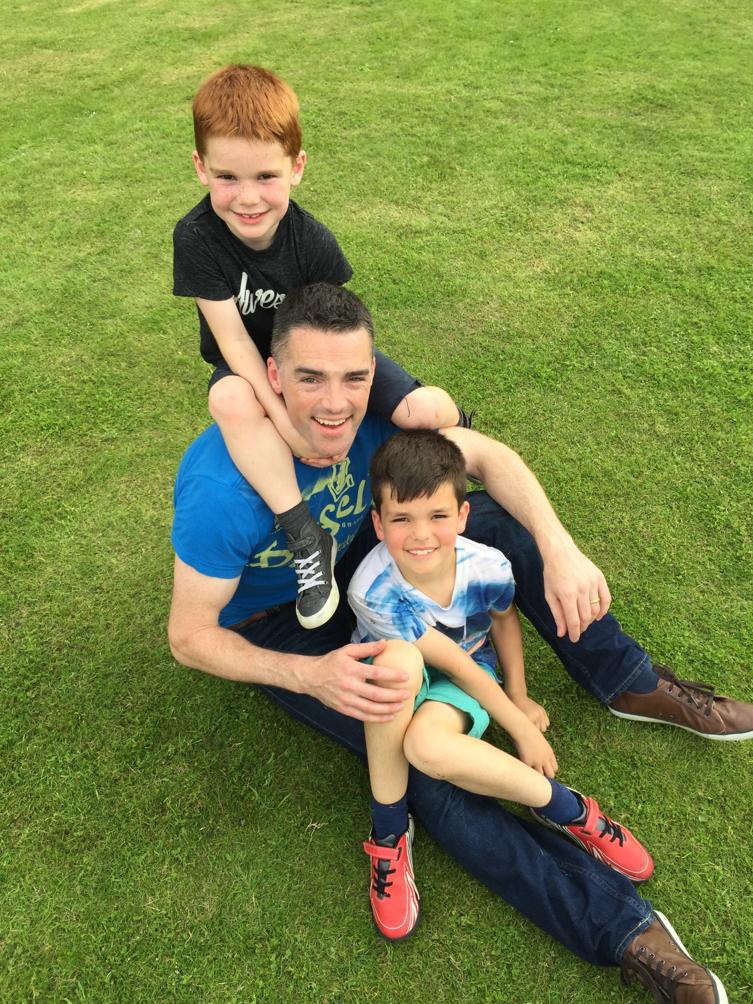 We couldn’t afford them, but there was no point in being angry at my husband Dan for ordering them, as he’d have absolutely no recollection of doing it.

Dan and I got together in 2003 after meeting through a friend.

Intelligent and thoughtful, he made me laugh all the time.

We travelled the world together, before marrying in 2005. 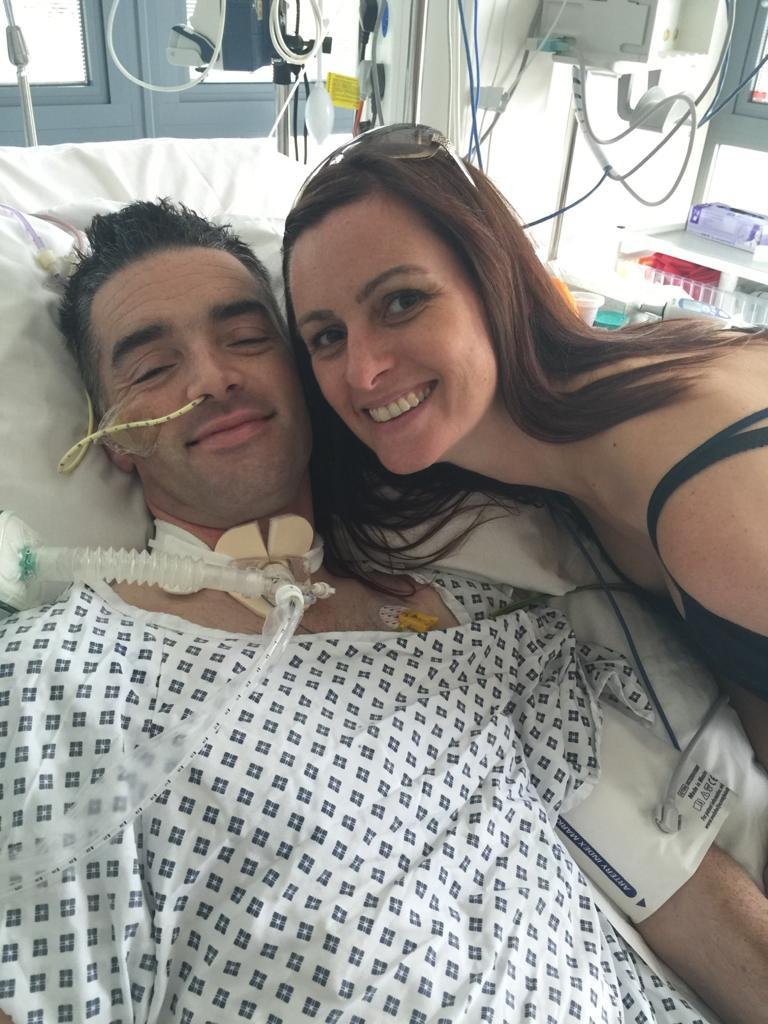 Life was good, and Dan was a natural at being a dad on top of his job in HR. I felt so lucky to have such a perfect family.

But everything changed on July 19, 2016 when Dan collapsed at work.

Shortly after 9am, one of his colleagues called to say he was unconscious and that I should rush to the hospital in Solihull.

Terrified, I arrived an hour later to discover Dan, grey and lifeless, hooked up to countless machines.

Doctors explained that he had an undetected autoimmune disorder called antiphospholipid syndrome (APS), which had caused a blood clot to form in his heart.

It had stopped beating and it was 40 minutes until the paramedics could get it going again, so his chance of survival was very low.

I was numb with shock as doctors suggested I say goodbye, before they ventilated him to unblock his collapsing airway and then put two stents in his artery to free the blockage.

I broke down and begged Dan not to leave us, convinced I’d never see him again. 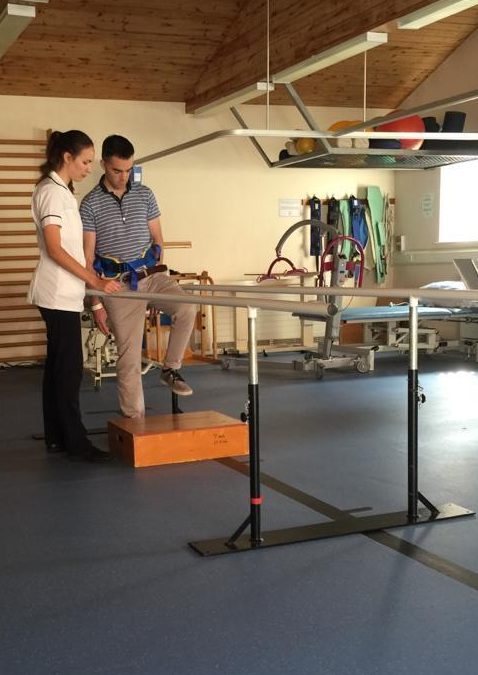 Against all the odds, Dan survived both procedures, but his surgeon said he would definitely have brain damage, though they didn’t know how badly.

I clung on to a tiny glimmer of hope – he’d pulled through despite everything so I prayed his brain damage wouldn’t be severe.

That night at home, I told the boys that Daddy’s heart was poorly, and they handled it brilliantly.

When Dan woke up six days later, he recognised me, although he couldn’t really communicate and drifted in and out of consciousness for a fortnight.

As time went on, he was able to recognised the boys, but he couldn’t speak and seemed quite withdrawn.

After six weeks, he was transferred to a rehab centre, where he had to learn to walk, talk and eat again.

Although he made fast progress physically, it was clear pretty quickly that his memory had been badly affected.

I’d sit with him, trying to play Connect 4, but he couldn’t remember the rules, and instead would just stare at the game. It was horrible to see him like that. 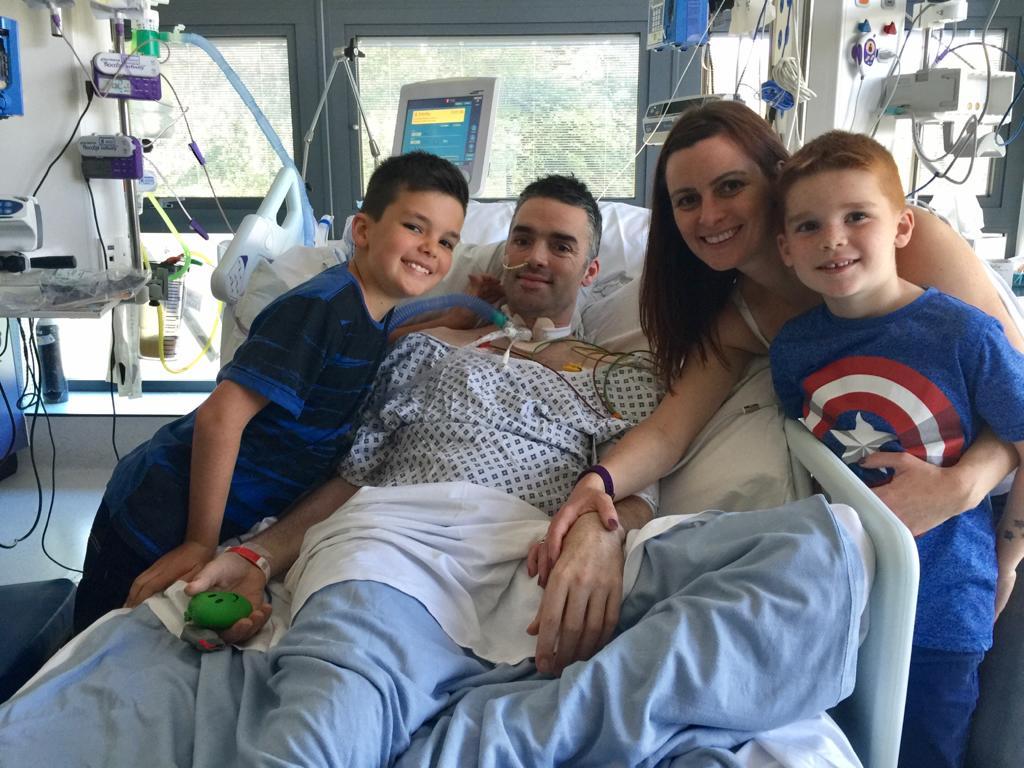 Finally, on September 26, after a month in rehab, Dan was allowed home.

We were ecstatic – however, it soon became obvious that his brain injury had changed our lives in ways I could never have imagined.

I effectively became his nurse, giving him his medication, feeding him, taking him to the loo, bathing and dressing him, while also looking after the kids.

Fortunately, my work as a travel consultant is home-based, so I managed to keep the business I owned going.

Every now and then I’d find myself crying, though the support I got from my parents and friends pulled me through.

Things got a bit easier as Dan grew stronger and less reliant on me.

We’d still have a laugh and were still intimate, but when we began to socialise with friends Dan would often sit quite silently and seemed to be in his own world.

That December, I was aghast when he began ordering presents for the boys before forgetting that he’d done it.

It was incredibly frustrating, especially as I was the only one working.

But while money wasn’t plentiful, in the end we kept them all because the boys had had such a tough year.

That same month, when I mentioned I liked an expensive brand of champagne, Dan ordered an entire case of it online – a luxury we could definitely not afford. 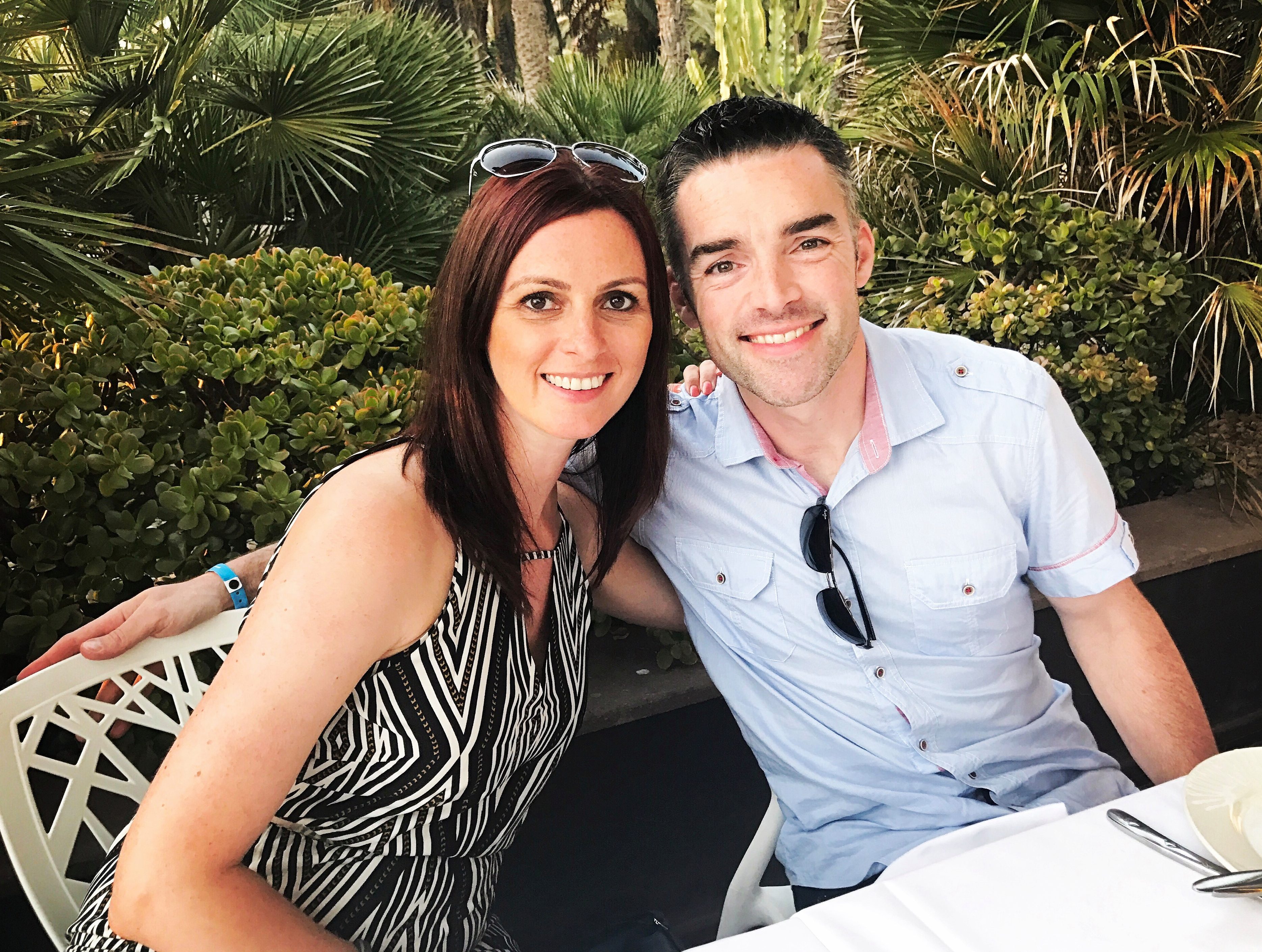 Though I knew he meant well, I have to grit my teeth when things like this happen.

I’ve now taken control of our finances because he’s also been targeted by scammers.

One night in June 2018, after a particularly difficult day when Dan had suffered a nasty fall which left him badly bruised, I climbed into bed and burst into tears.

The old Dan would have given me a cuddle to make me feel better, but that night he just patted me on the shoulder before going to sleep.

He also forgets Valentine’s Day and birthdays, and rarely tells me he loves me any more.

Nearly four years on, he’s far more independent, but the difference in his personality has been especially hard to cope with. He’s moodier and more detached.

The boys still adore him, but they’ve had to accept he’s not “fun Daddy” any more, and he can’t run and play with them because he still has balance problems.

He seems oblivious – it’s as though he can’t remember what he used to be like.

Dan’s lost his sensitive side, so I often have to remind him to kiss the boys goodnight, and when Ethan came home from school upset recently, Dan just told him to pull himself together.

He is the same with me, and during those moments when I occasionally crumble, he doesn’t seem to get it.

He also asks the same questions repeatedly, and if I ask him to do an errand around the house, he forgets within minutes.

He’ll then be snappy with me, saying I’m always bossing him about.

But I have to tell him what to do, or we simply wouldn’t function.

I’m so grateful that we have come through everything, but life can be emotionally exhausting. 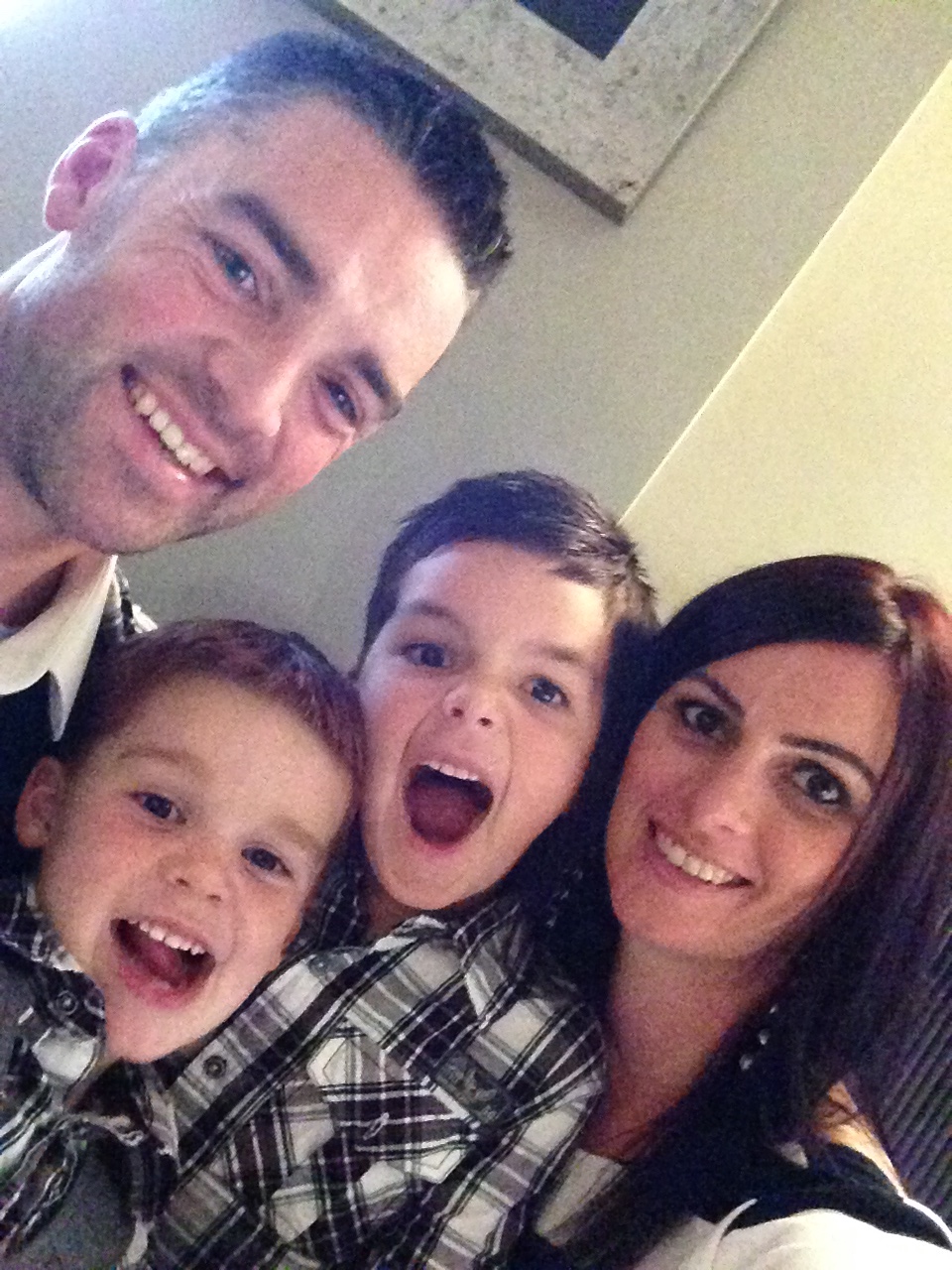 It does feel like I now have three children sometimes.

I am honest with Dan when I feel irritated, but he insists that he hasn’t changed.

I try to be patient, but inevitably, it causes rows, which is such a shame, because we never used to argue.

Physically, things are fine between us and I still find him attractive, but it’s just not the same as before.

I know of other women who have left a partner with a brain injury, and in all honesty, I don’t blame them.

I would never walk out on Dan and I do still love him, but I’ve been close to leaving several times. 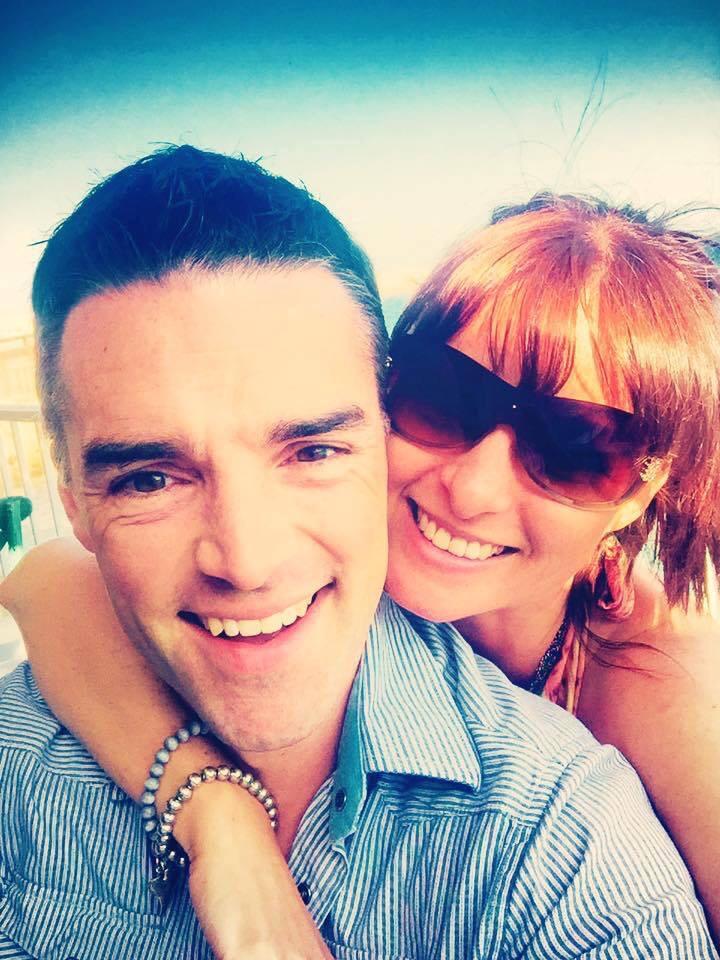 In the heat of the moment, I’ve told him: “You’re not the man I married,” and on those occasions he’ll tell me he can try harder.

Then I see a glimmer of the old Dan. But in all this time, he has never once cried or showed any real emotion.

While I’ve accepted that this is my life now, I do worry about what we’ll be like when the kids grow up and we haven’t got that glue holding us together.

I think it’s important people are more open about the impact brain injury can have on families, because so many people assume that Dan is fine and our lives are back to normal. That’s not the case at all.

On the flip side, I try to be positive and remind myself of how far he’s come. He’s even begun working part-time again, teaching English online for a couple of hours a day.

That would never have seemed possible a few years ago, so I cling to the hope that the husband and father who went to work on that day in July 2016 will eventually fully return to us.