SOME parents would argue that attending to small children is much the same as attending to pets – and what works on one, will no doubt work on the other.

At least that was the case for one mum who shared a hilarious parody of a viral Tik Tok video which demonstrated one woman's genius hack to cut her dogs nails with ease. 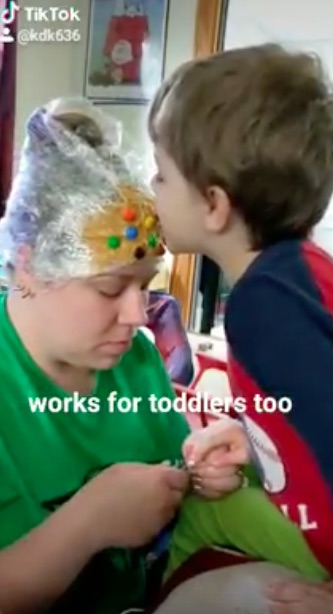 The original video posted by Tik Tok user Linds Shelton showed the clever way she cuts her dog's nails – by smearing peanut butter on her head and allowing the pooch to lick it while she snips at his paws.

But eager to test to the method – with or without a pet – funny mum Katie Kubiak filmed herself trying it on her "ornery toddler," but took it up a notch by adding Smarties into the peanut butter mix.

The video shared to Facebook – and originally on Tik Tik – showed the mum kneeling on the floor with her toddler perched up on a seat in front of her.

With cling film wrapped around her head, the youngster had a go at leaning forward to reach the sweet treats with his mouth all while his clever mum clipped his fingernails with ease. 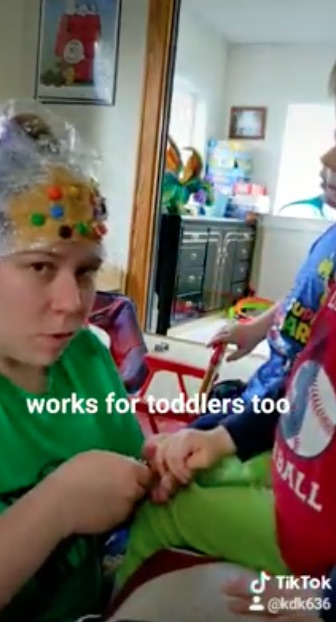 At one point in the video, and after multiple attempts to snatch up the chocolate sweets with his tongue, the young boy says "I can't get any".

But keen for the distraction, his mum encourages him to "keep trying," before saying to the camera,  "it works on toddlers too".

Much like the original video, which has been liked more than 480,000 times online, the toddler hack has proven popular and has been viewed almost 200k times – just on Facebook alone.

Many parents have found the video all too relatable, and have expressed their eagerness to give it a go on their own troublesome toddlers.

Over on Tik Tok, many users commented saying they had "cried with laughter" upon watching the clever hack, dubbing it as "genuis".

One mum said: "Lol when i saw it with pets i thought 'maybe it would work with my toddler', thank you, i think so."

While another mum said "I CANNOT wait to try this with my toddler." 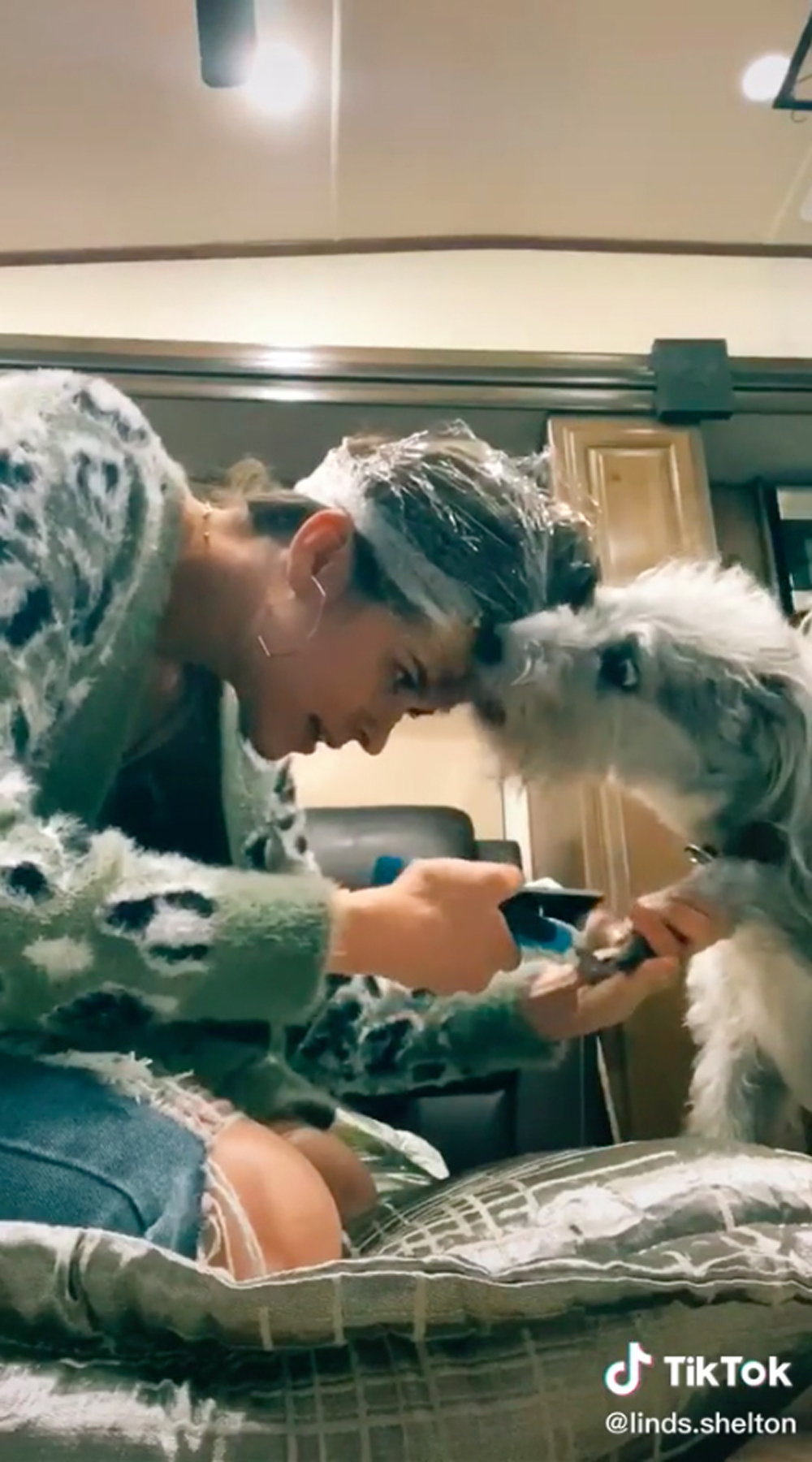 In other funny news, one mum documents the hilarious reasons for her toddler’s meltdowns – from hating new book to running out of cutlery to put away.

Elsewhere, mums and dads have shared photos of the brutal reality of lockdown.

And this 'cheeky' two-year-old shaved a huge chunk out of her hair using dog clippers while her mum thought she was quietly ‘watching TV'.