HE may have been out on royal duty in Ireland today – but that didn't stop Prince William stopping to take a sweet selfie with a devoted young royal fan.

The Duke of Cambridge, 37, happily posed for a picture with Jennifer Malone while him and Kate Middleton were visiting Prosperous village in Co Kildare this afternoon.

In an interview with the Irish Mirror, Donna explained how her daughter Jennifer gave the Duke a bunch of daffodils.

Jennifer then told the Duke to give the flowers to his wife on her behalf which prompted Prince William to give the royal fan a hug.

Donna's tweet has since racked up over 1,300 likes from other royal fans. 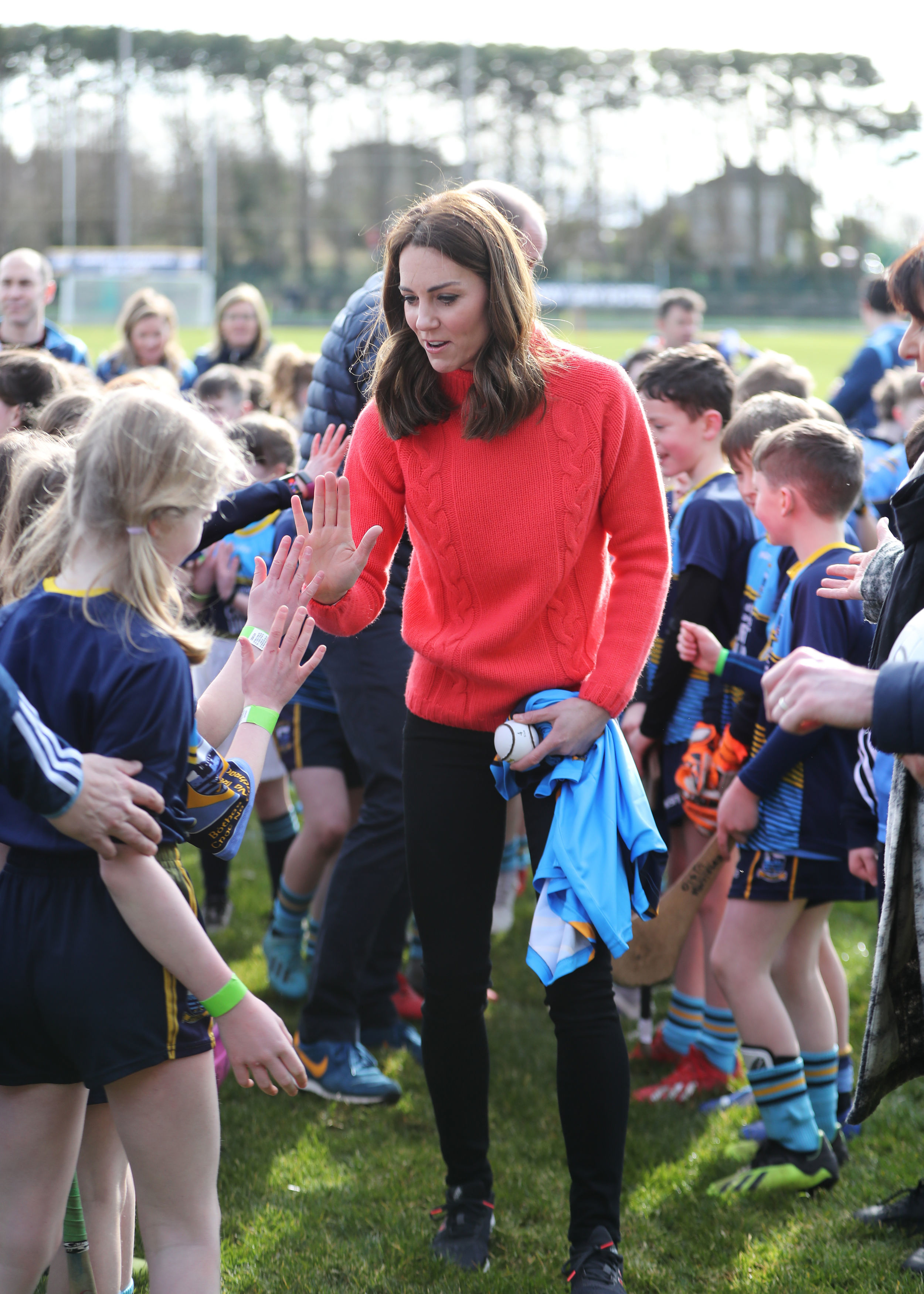 One replied: "Donna, these are some of the sweetest pictures ever! Absolutely beautiful.

"A day you're all certain to remember."

Another gushed: "Jennifer, you must be one amazing and beautiful young lady.

"Obviously even Prince William couldn't wait to take a selfie with you! The sweetest."

The Duke and Duchess of Cambridge are currently on their third day of their Irish tour which saw them get stuck into sports as Kate tried her hand at hurling.

In more Royal Family news, Riz Ahmed tried to "spud" the Queen when he was baffled by her peculiar handshake.

And The Queen described Prince Philip as her "constant strength" as "family is so important to her", a royal expert has claimed.

Plus Meghan Markle dazzled in a £980 Victoria Beckham dress as she arrived at the Endeavour Fund Awards.