KATE just keeps looking great – and never more so than on her 40th birthday.

Yesterday the Duchess of Cambridge released three stunning new photographs to mark the milestone, showcasing her regal style in dresses by her favourite designer, Alexander McQueen. 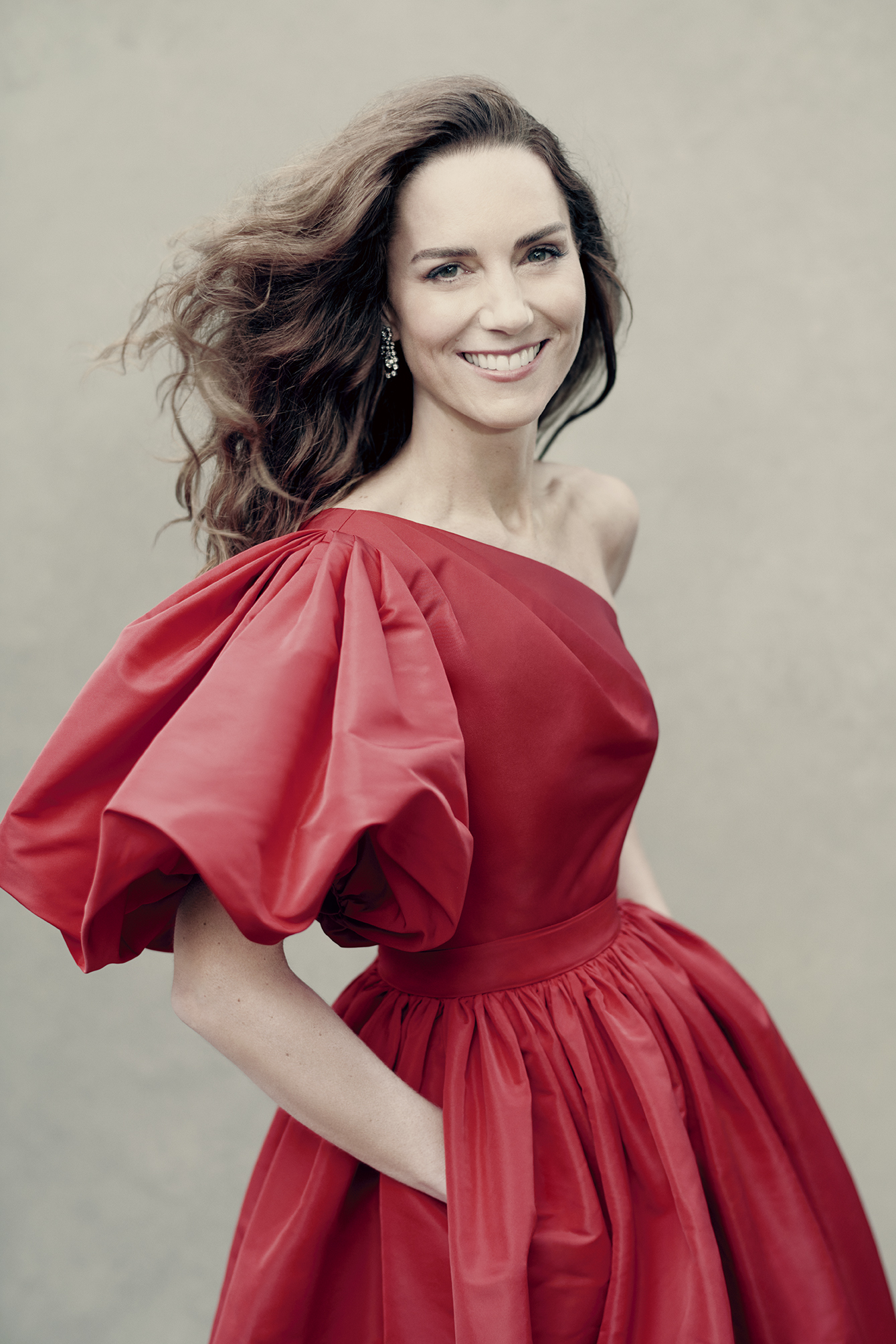 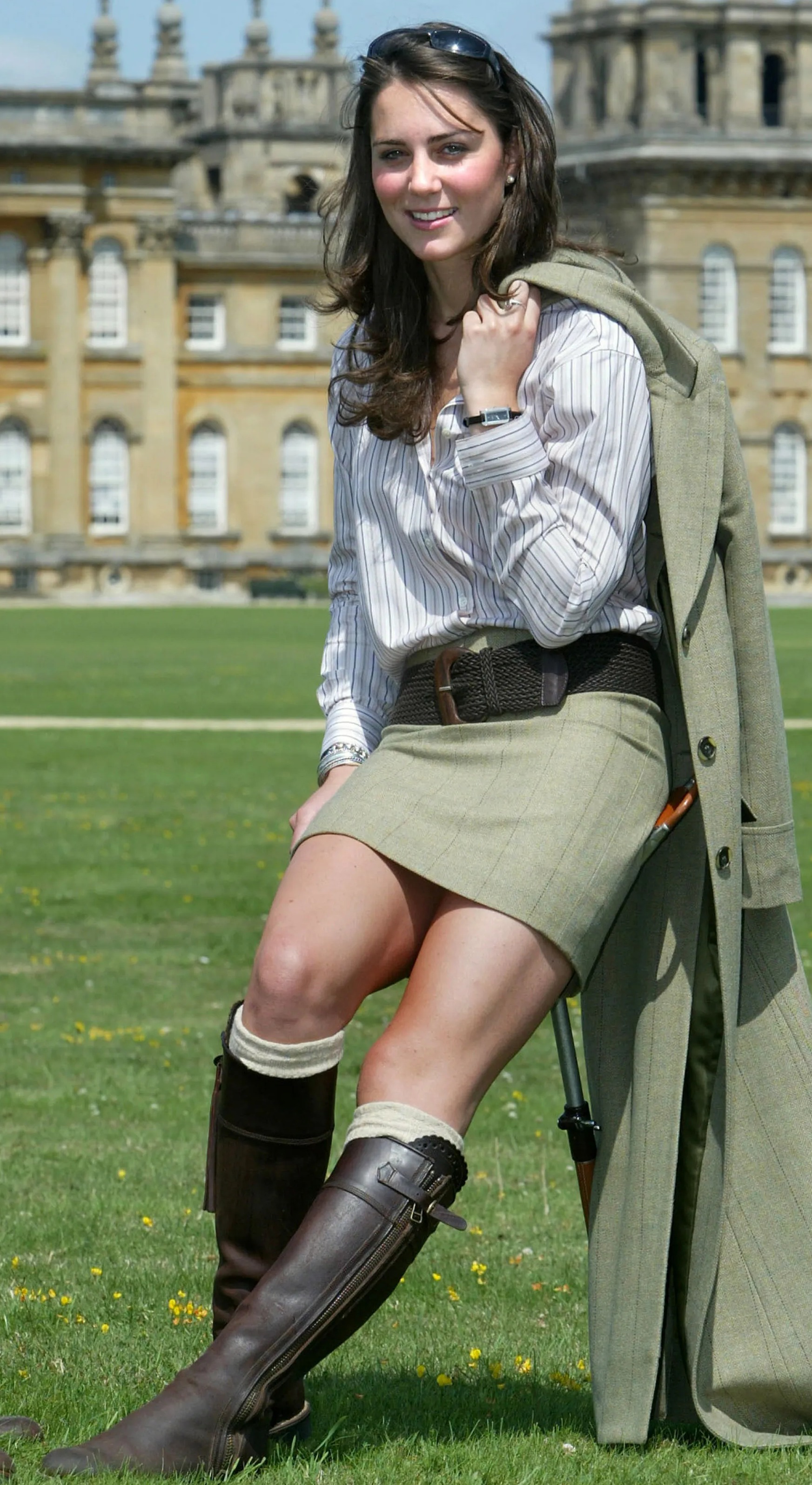 Many have remarked how the future Queen looks even better now than she did in her early twenties, around the time she first met Prince William.

It's no accident Kate has become one of the biggest fashion and beauty icons in Britain.

Speaking to experts, we analyse the secrets behind her astonishing style, enviable physique and youthful good looks.

The Duchess has gone from bare-faced beauty to taking more make-up risks in her thirties.

When first on the scene, Kate favoured one beauty essential above all others.

Sun beauty writer Siobhan O’Connor said: “Eyeliner was a close pal of Kate's during her uni days at St Andrews.

“She layered on circles around her eyes for her and William's engagement snap in November 2010."

Dear Boris, fix things or admit being PM is too much for you, Yours Piers

But in the last two decades, Kate has carved out a signature look of soft smokey eyes, chiselled rosy cheekbones and a nude lip.

At the No Time to Die premiere in September the Duchess went all-out glamour.

Siobhan said: “Every now and then, for a little extra special touch, Kate dips into beauty trends by brushing up brows to make them fluffy, adding a strip of false lashes and a touch of glittery shadow to make her eyes dazzle.

“Though her fresh-faced days are behind her, Kate is looking younger than ever.” 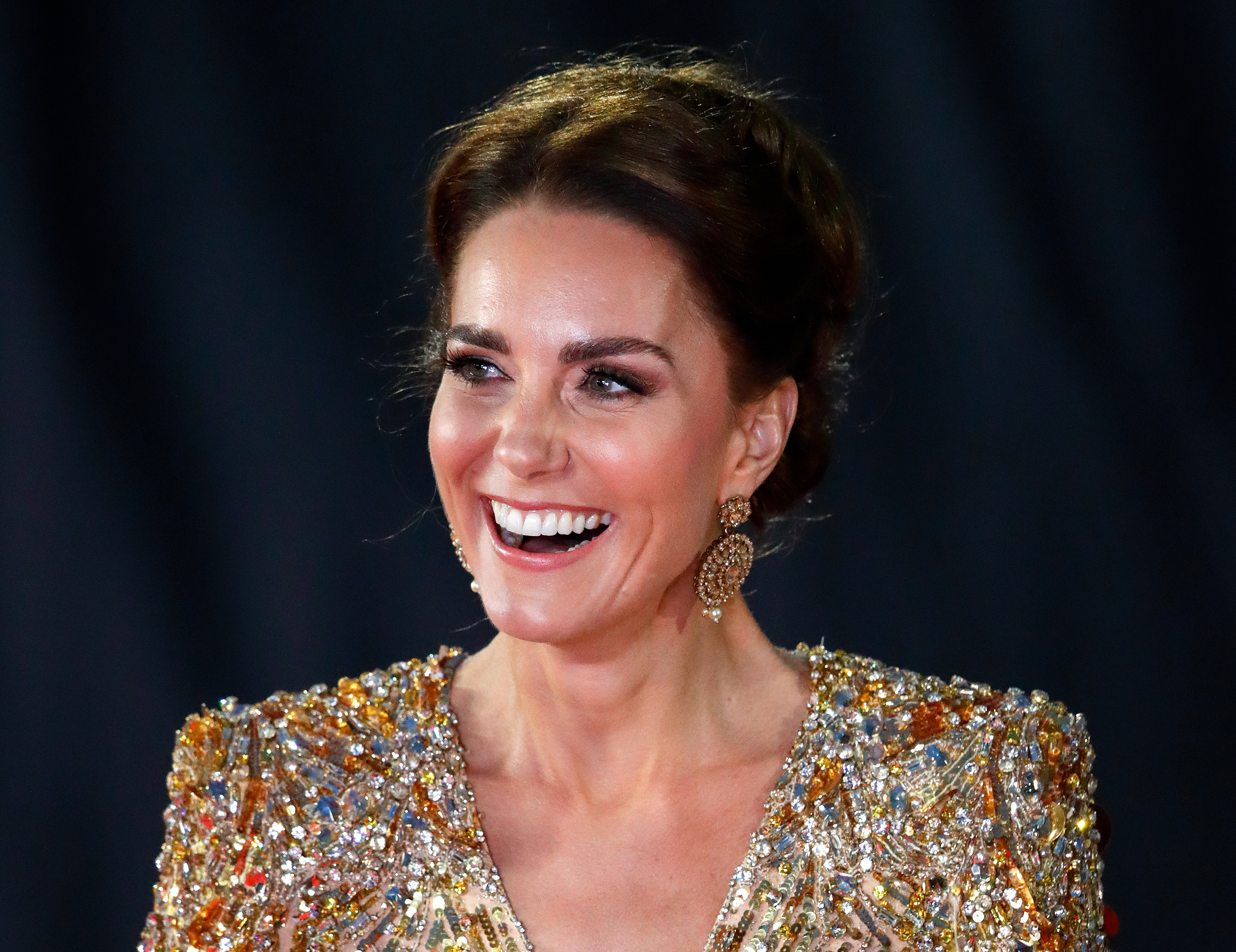 The Duchess is a keen sportswoman – which keeps her trim with a 24 inch waist.

Celebrity personal trainer and Be The Fittest founder Ty Brennand says Kate’s figure is one of the most desired.

He said: “She's definitely got a great physique. That lean, long, slim look is something that a lot of people want to achieve.”

But it's her passion for nature which Ty says makes her an ideal client for a personal trainer.

He said: “Being stuck in a gym, using the same piece of equipment, doing the same thing over and over again… if you switch up to being outside it can be quite motivating.

“It can make such a difference to endorphin levels as well.”

Kate exercises every day with a personal trainer and is a member of the pricey £325-a-year Harbour Club in Chelsea, which was a favourite of Princess Diana's and also commands a £1,555 joining fee for adults, totalling £5,780 a year.

The Duchess likes to mix up her sports – favouring yoga and CrossFit, but also tennis and skiing with the family.

Ty said: “Obviously she's very busy but it seems that she's very organised too. Just having a time where you can prioritise a workout or incorporating a walk with your kids.”

Press Ups. Complete two sets of 30 seconds, resting in between

Downward facing dog, knee to triceps touch. Complete 5 reps on each side

Plank Press Ups. Complete 5 reps on each side.

High Level Lunge Pulse. Hold for 30 seconds on each side.

Burpees. Complete 2 sets of 30 seconds, resting in between. 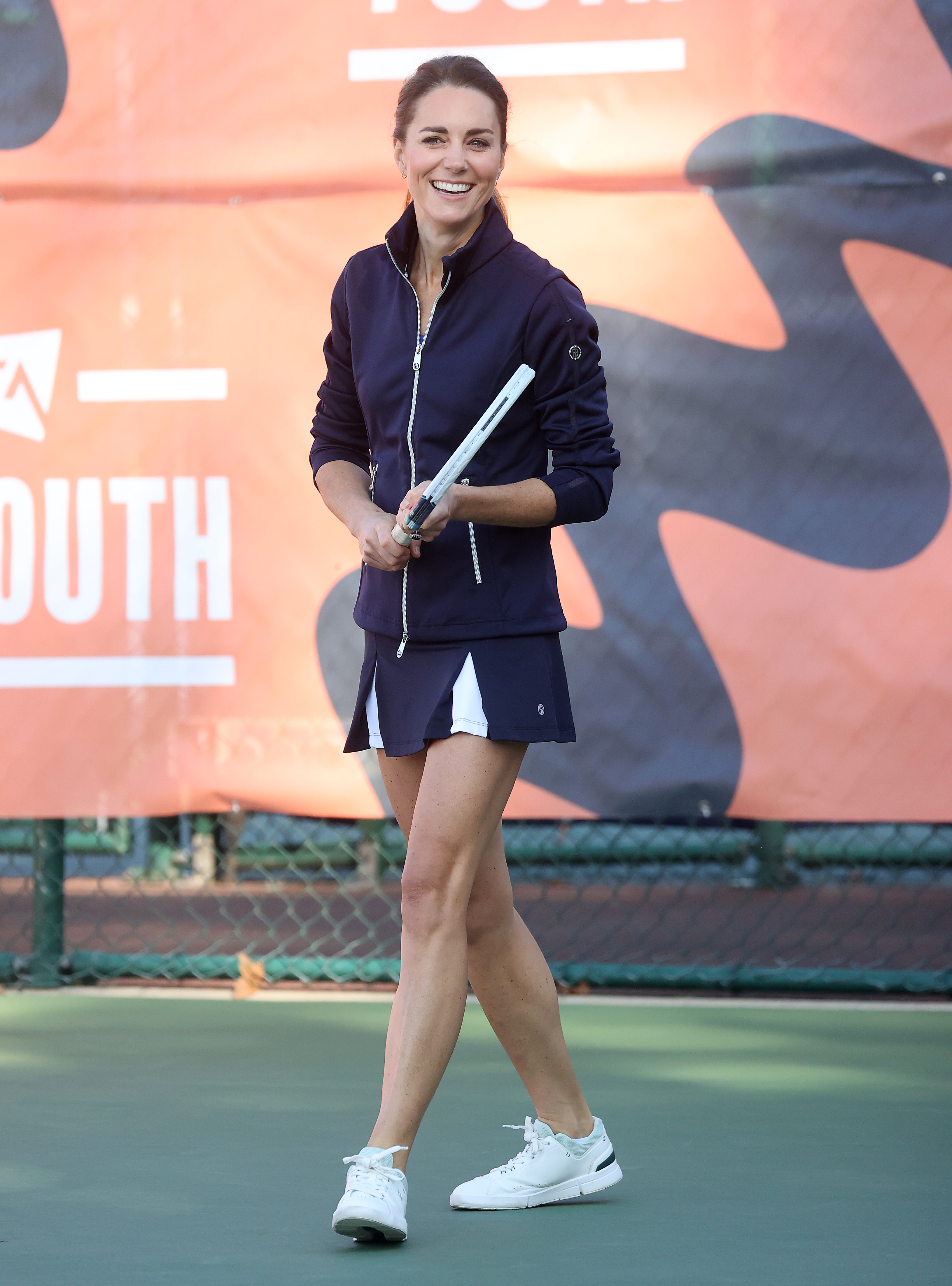 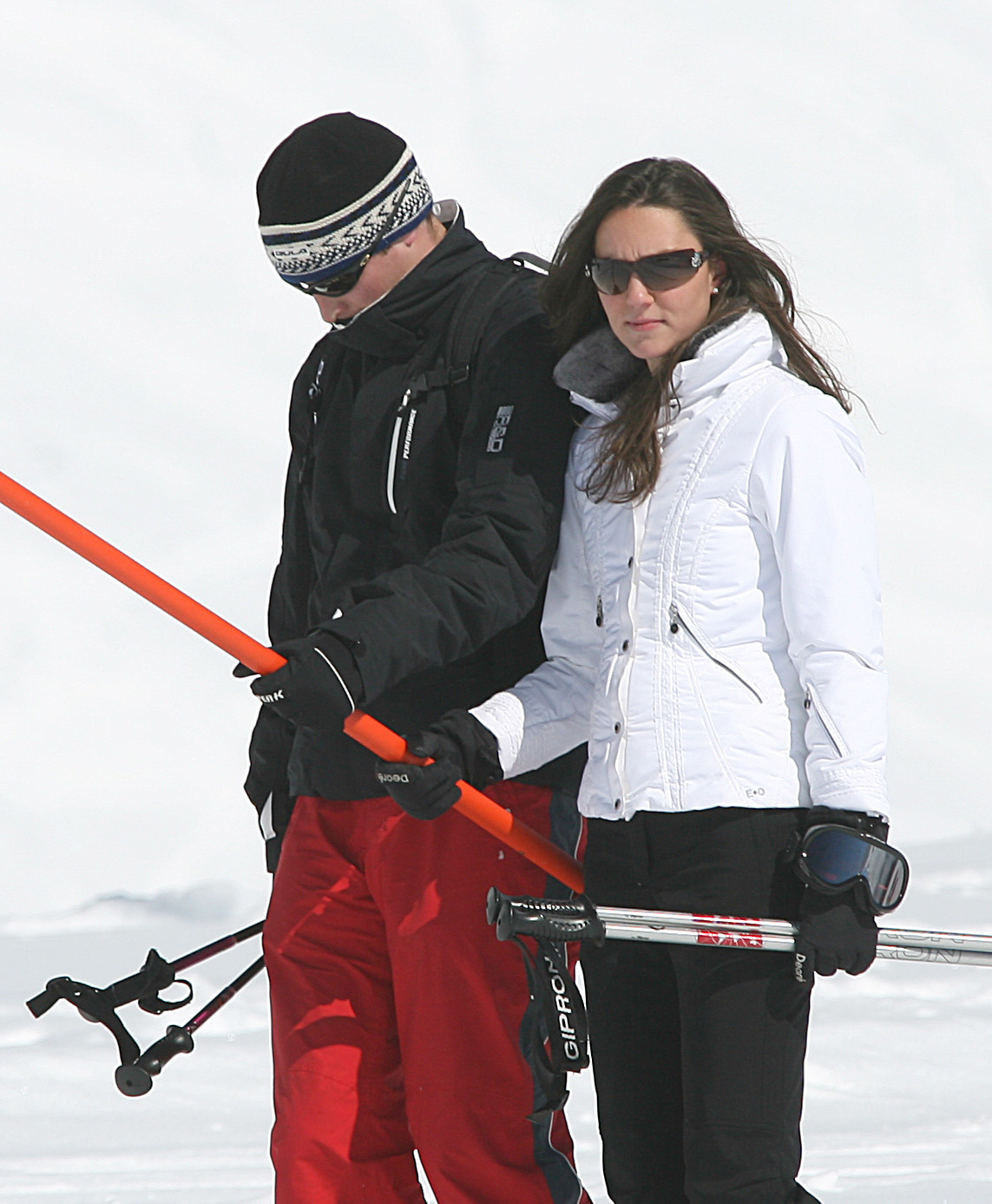 Kate and William appear to be making an effort to cut back on meat.

Chef Raghu Deora – who served the royal couple lunch at the Taj Mahal in 2016 – created a meat-free menu because he was told that was what they "preferred".

The duchess has admitted she enjoys spicy curries, but William "struggles" if they're too hot.

Kate reportedly favours a diet of raw food, low carb and high-protein dishes – but does enjoy the occasional pizza and takeaway curry as a treat.

Ahead of her wedding and after she gave birth to Prince George and Princess Charlotte, she allegedly went on the Dukan diet, popular with models and celebs.

Kate is also said to be a fan of ceviche – raw fish cured in citrus juices – and sushi.

During a visit to Japan House London in 2018, Prince William told the head chef: "My wife and I love sushi. We might have to come down here for lunch when no one else is in!"

Kate has been praised for her flawless complexion and youthful-looking skin.

He said: “She looks age appropriate, but really good for her age.

“Her skin is really looking good. It's glowing. She looks so natural.”

Dr Euan says the most important thing Kate will be doing for her radiant skin is wearing sunscreen – even in winter – to protect from UV rays and photo ageing.

He said: “A key product for the evening time for people to consider – and she probably will be on this – is a prescription retinol.

“Retinol is Vitamin A and a derivative which helps boost skin cell turnover so it will help prevent fine lines and wrinkles.

“It reduces pore size and also helps with pigmentation issues because it gets rid of sunspots as well. Kate will most likely be on some sort of prescription retinol.” 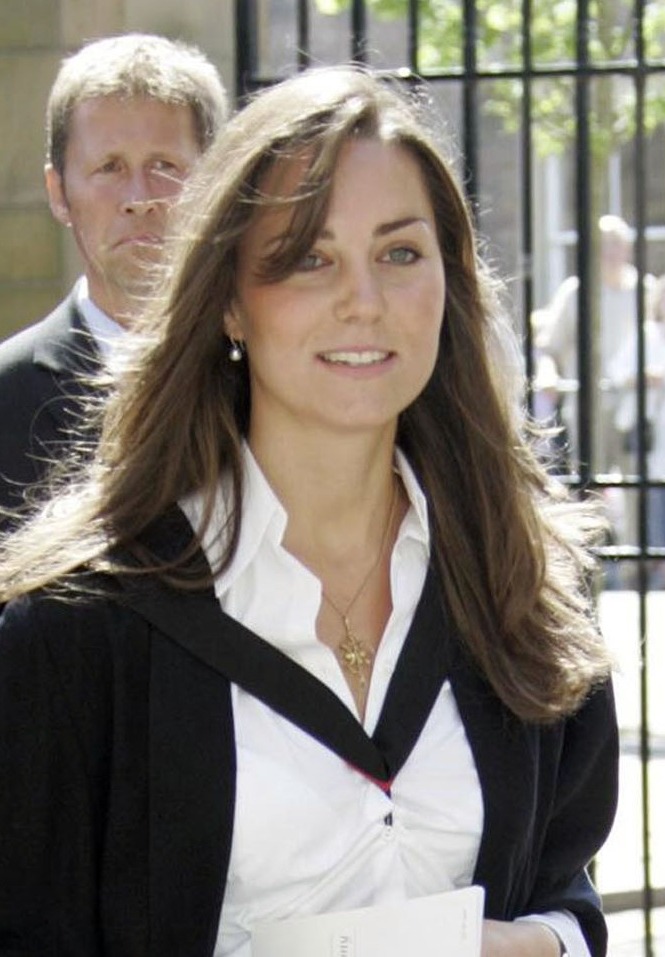 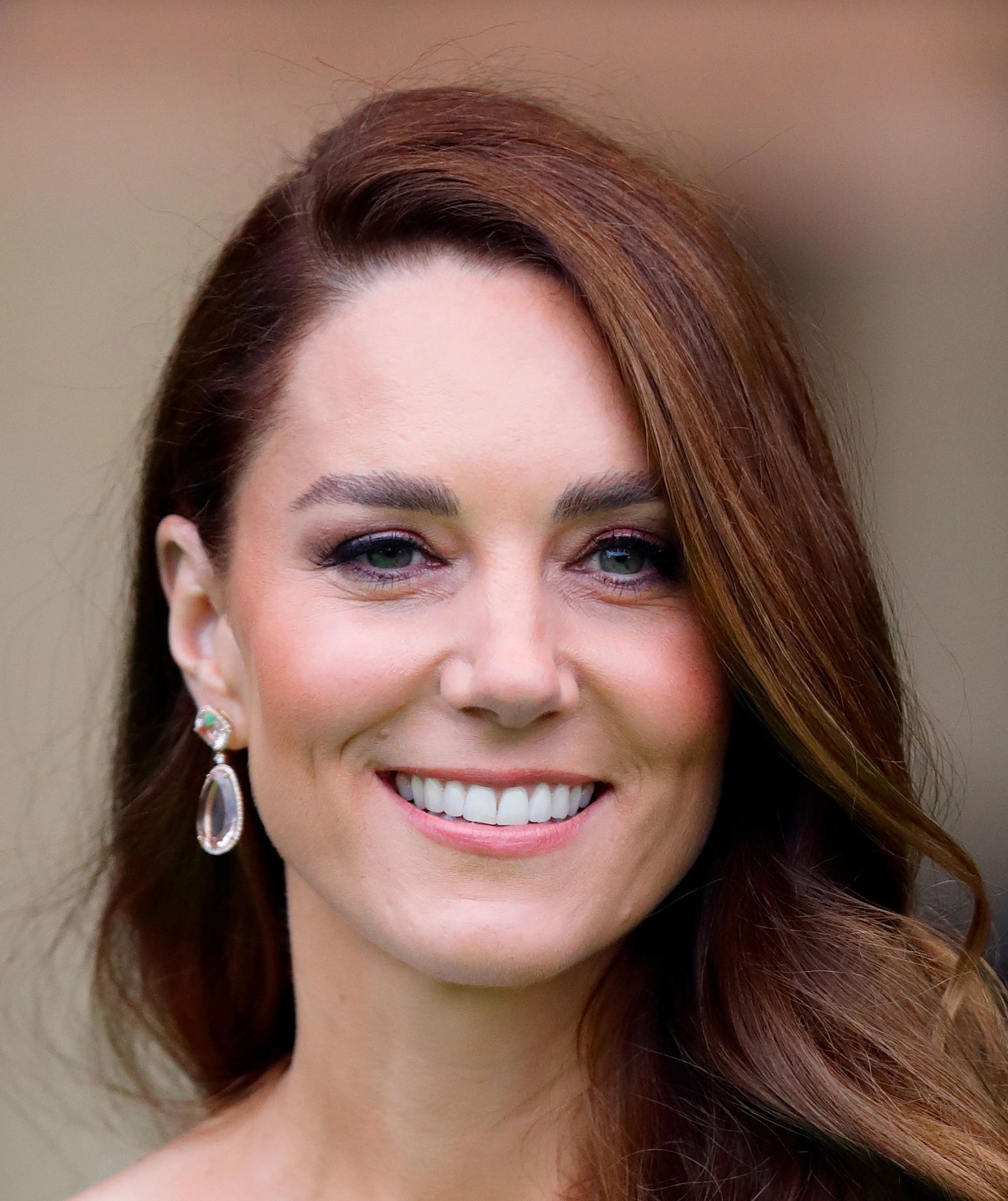 From her Sloane ranger-inspired student days to bold fashion choices, Kate’s style evolution has wowed us all.

Fashion editor Clemmie Fieldsend said: “In the early days traditional tweeds, riding boots and chunky belts were her idea of fashion, then came the blue Issa engagement dress that changed everything.”

In 24 hours after Kate and William announced their engagement in 2011, the £430 wrap around dress completely sold out from the British boutique.

Since then, the “Kate effect” is estimated to boost British designers to the tune of £1billion a year, according to Newsweek.

Clemmie says the secret behind her fashion hits is their universal appeal.

She said: “She's discovered what suits her body, what she likes and what is elegant without being too ‘posh’.”

The Duchess has also shown her commitment to eco-friendly fashion  – rewearing and reusing outfits for public events.

Clemmie said: “Forgetting trends and sticking to what works, whether it's plain and simple or a statement, Catherine is undoubtedly a style queen.” 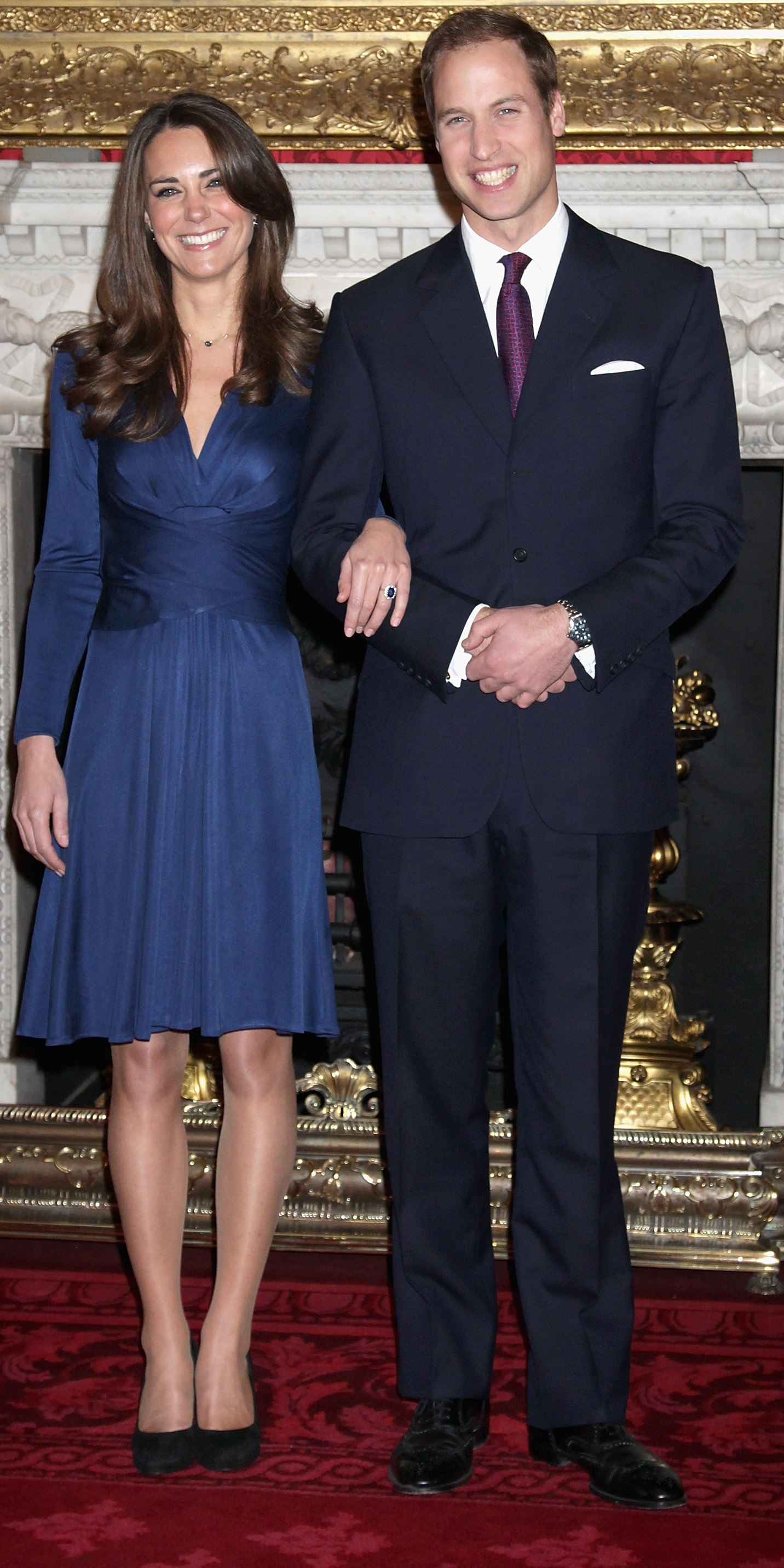 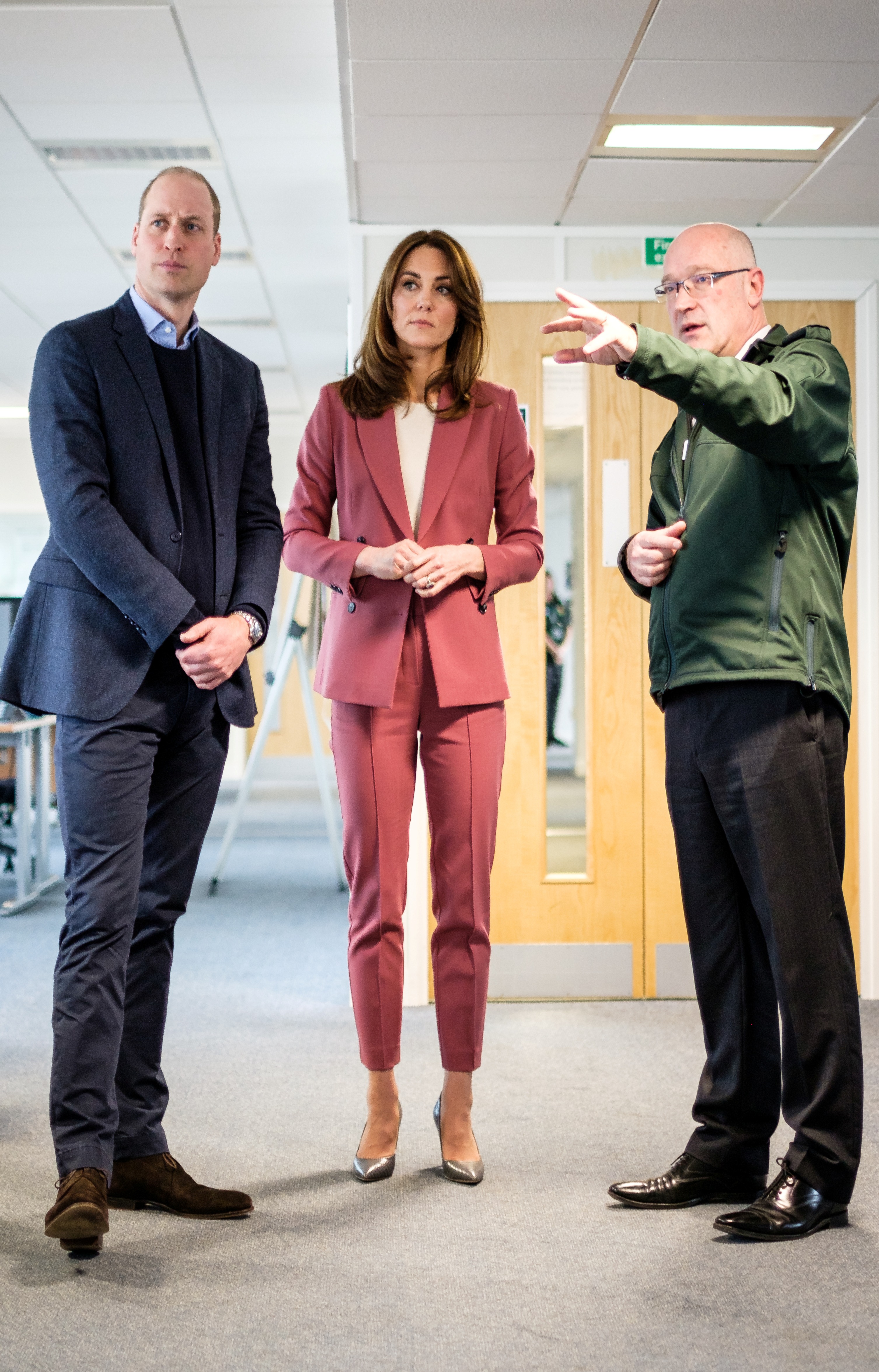 Kate’s bouncy locks have been the most requested in salons across the country.

Celebrity hairstylist and founder of Salon64 Ricky Walters said the Duchess’s hairdo has come into its own as she found her feet as a senior royal.

He said: “She's become a bit more confident and comfortable in her own skin.

“She's got a much more bohemian, relaxed vibe, which I think actually kind of reflects her personality as well.

“The main difference now is that, at least in her everyday look, she’s stepping away from that polished royal vibe and going much more undone.

Now she reportedly has her greys touched up at Richard Ward hairdressers in Chelsea, while Amanda Cook Tucker has styled and snipped the Duchess’s tresses since 2012.

The hairdresser is believed to have been the second person to visit Kate in hospital after she had Prince George in 2013.

In recent years the Duchess has played around with a 70s style fringe and highlights in summer months.

Ricky says shrewd Kate will plan any changes to her hairstyles meticulously with her hairdresser.

He said: “That took a lot of planning, a lot of considering and sitting down with her stylist.

“Both of them will be working out exactly what tones they want to go for and then doing it because there's such pressure on her to look incredible.” 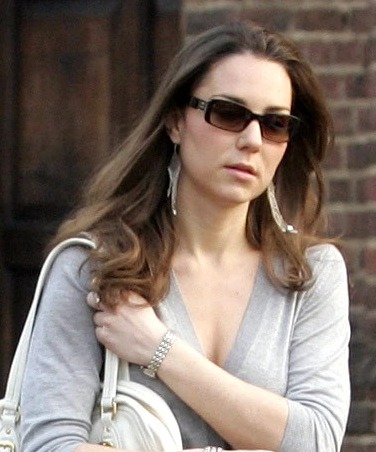 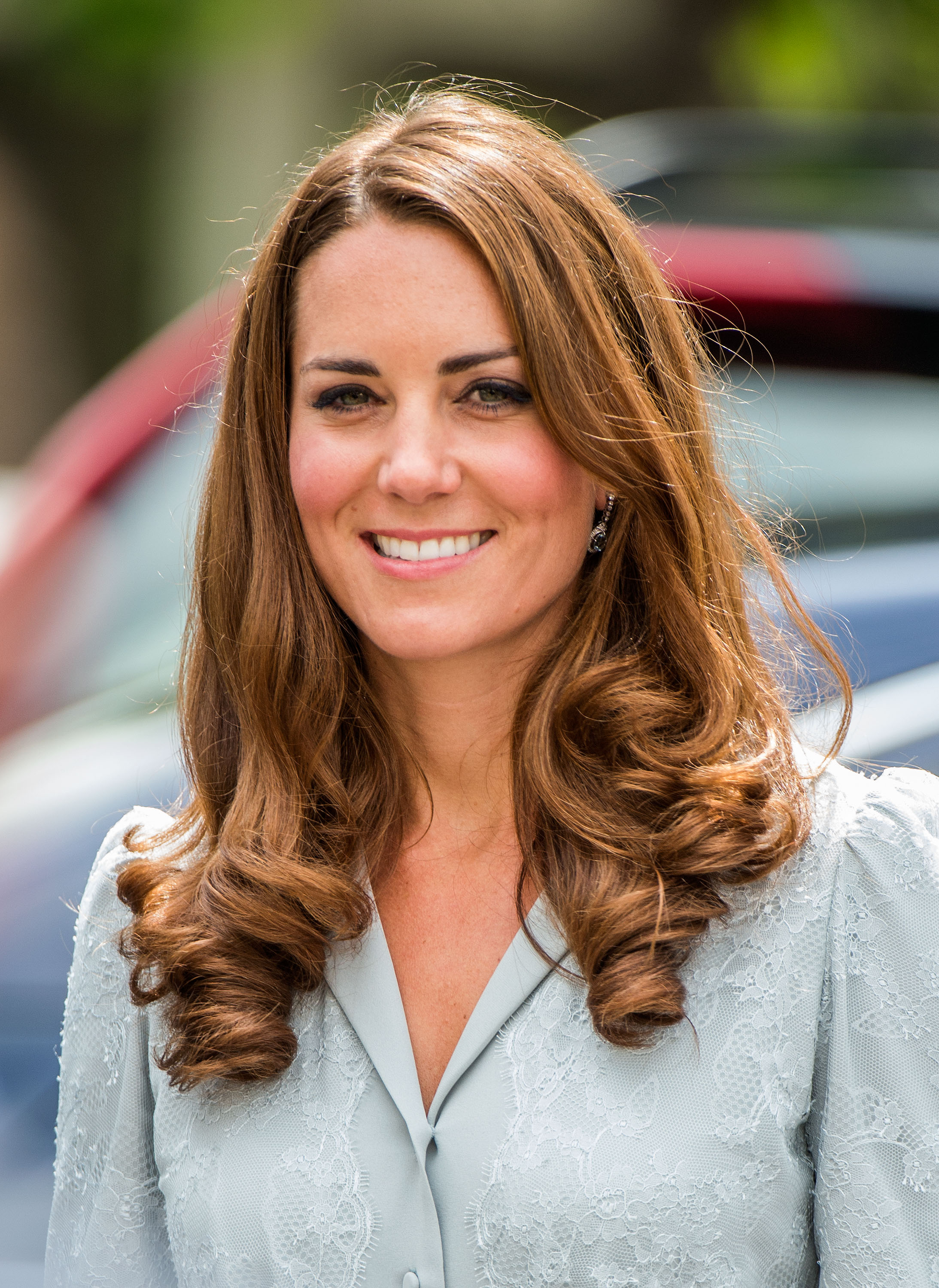