Joining the ranks of Gwyneth Paltrow’s notorious This Smells Like My Vagina candle, Harry Styles has become the latest celeb to dwell in a celebrated house of wax.

Perhaps less controversial than Paltrow’s Goop product, Target’s Cashmere Vanilla candle has been said to smell almost exactly like the Fine Line singer, with “notes of tonka bean and cedarwood.” At just $10, the item includes helpful reviews like, “I only bought this because it smells like Harry Styles,” and, “Smells like Harry Styles, 100% recommend.” Once word traveled, however, the Cashmere Vanilla candle sold out, as most products graced by Styles’s holy touch often tend to do. 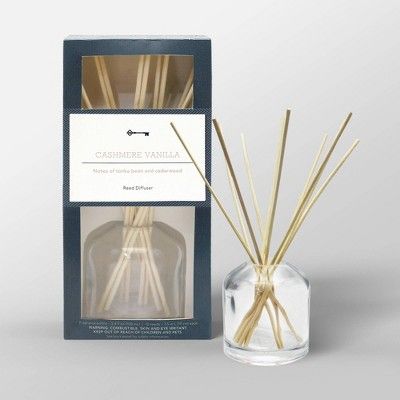 Although the Target candle wasn’t endorsed by the former One Direction alum himself, fans put two and two together once they realized that Cashmere Vanilla is akin to Tom Ford’s Tobacco Vanille, Styles’s fragrance of choice.

Die-hard fans can still buy the singer’s favorite cologne, should they have an extra $240 to spare. Otherwise, fear not, for more affordable options are still available. The Cashmere Vanilla Oil Diffuser, from the same brand as the candle, is still in stock at Target and also costs just $10.