Every actress wants to be linked to an Oscar – but probably not in this way.

Alice Eve invited comparisons with Sesame Street’s trashcan-inhabiting Muppet Oscar The Grouch when she appeared in a shaggy green coat on the streets of West London last week.

The outsized outfit was certainly a change for the 38-year-old star, who has just spent several months squeezing into tight 19th Century corsets for her role in the new ITV period drama Belgravia. 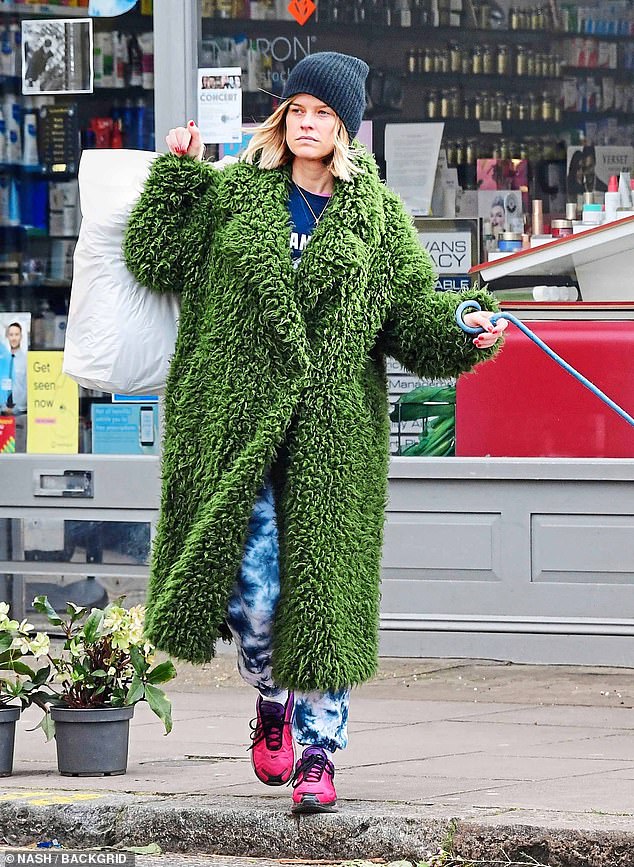 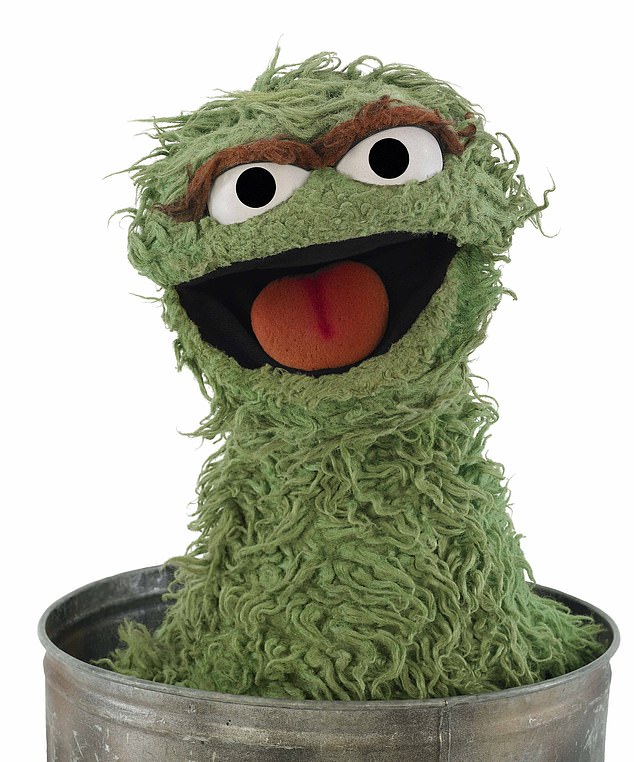 Pictured: Oscar the Grouch, the Muppet character from the TV programme Sesame Street

The upper crust of the era would certainly have raised eyebrows at the £300 coat she wore with garish trousers and vivid fuschia Nike trainers as she ran errands in Notting Hill with dog Buddy.

Ms Eve, the daughter of Waking The Dead star Trevor Eve and actress Sharon Maughan, has appeared in big Hollywood franchises such as Star Trek.

She splits her time between London and Los Angeles, and she filmed Belgravia in Victorian corners of London, Edinburgh and Bath.

Eve’s on-screen mother is played by Tamsin Greig, who has revealed that she needed to see an osteopath within a week of filming because her corsets were so tight.

She said: ‘If we look like we’re comfortable, we’re really great actors.’