Heart FM presenter, Amanda Holden, 49, wants Britain’s Got Talent to lift the spirits of the nation during this unsettling time due to the coronavirus outbreak. The BGT judge hopes the show’s return can be a “medicine” the country needs.

While speaking about her worries over the pandemic, Amanda told the Mail’s weekend issue: “Obviously it’s all so worrying, terrifying really.

“My friends in the business are being laid off, theatres are closing.”

The celebrity judge then went on to say that we all need to carry on.

Amanda continued: “People’s whole worlds are just collapsing, but those of us who can have to carry on doing what we do. 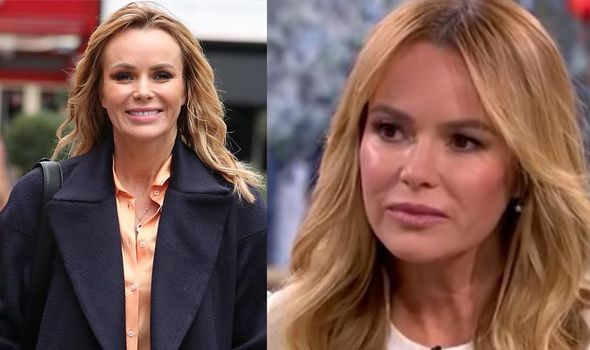 “What’s the alternative? Hopefully BGT will be a bit of medicine for the whole country.

She then said: “I mean that. We need to just connect, to hear other people’s stories, laugh, cry, all those human things that BGT has always been about.”

Britain’s Got Talent is set to return on April 11, but Ant and Dec announced that the live shows will return “later this year” after being cancelled due to the coronavirus.

BGT previously announced although the live shows will be postponed until a later date, all the audition rounds will go ahead as normal as they were pre-recorded, according to The Sun.

“There’s some great talent again this year. I think we’re going to do the lives later on this year hopefully, depending on the world.”

Co-host Dec Donnelly, 44, then added: “You can’t really make any firm plans at the moment can you?

“Everything is slightly up in the air. But later on in the year probably for the lives I think”, he continued.

Meanwhile, the comedy duo has been occupied with this year’s series of Saturday Night Takeaway.

Soon after tonight’s final episode, Ant and Dec wrote to their loyal viewers to thank them for watching the series.

They wrote: “Thank you all for watching this series. We have loved every second! A #SaturdayNightTakeway.”

One viewer responded to them as they said “thanks for the laughs”.

Another added: “It’s been amazing and you have made more history.

“Not many people could still deliver a great show under these circumstances.”