Using her voice for good. Glee alum Amber Riley joined in on the conversation about the Lea Michele controversy on Wednesday, June 3 — simply to say there are more important things to focus on.

“I don’t give a s–t about this Lea Michele thing. I really don’t give a f–k,” the 34-year-old actress, who has joined the global protests demanding justice for George Floyd, said via an Instagram Live with comedian Danielle Young. “People are out here dying, being murdered by police. Trans women are being murdered at the hands of men who are upset about being trans attracted.”

The actress, who portrayed Mercedes Jones in the Fox comedy, then revealed that she’s “not going to say she’s racist” and didn’t read her apology. 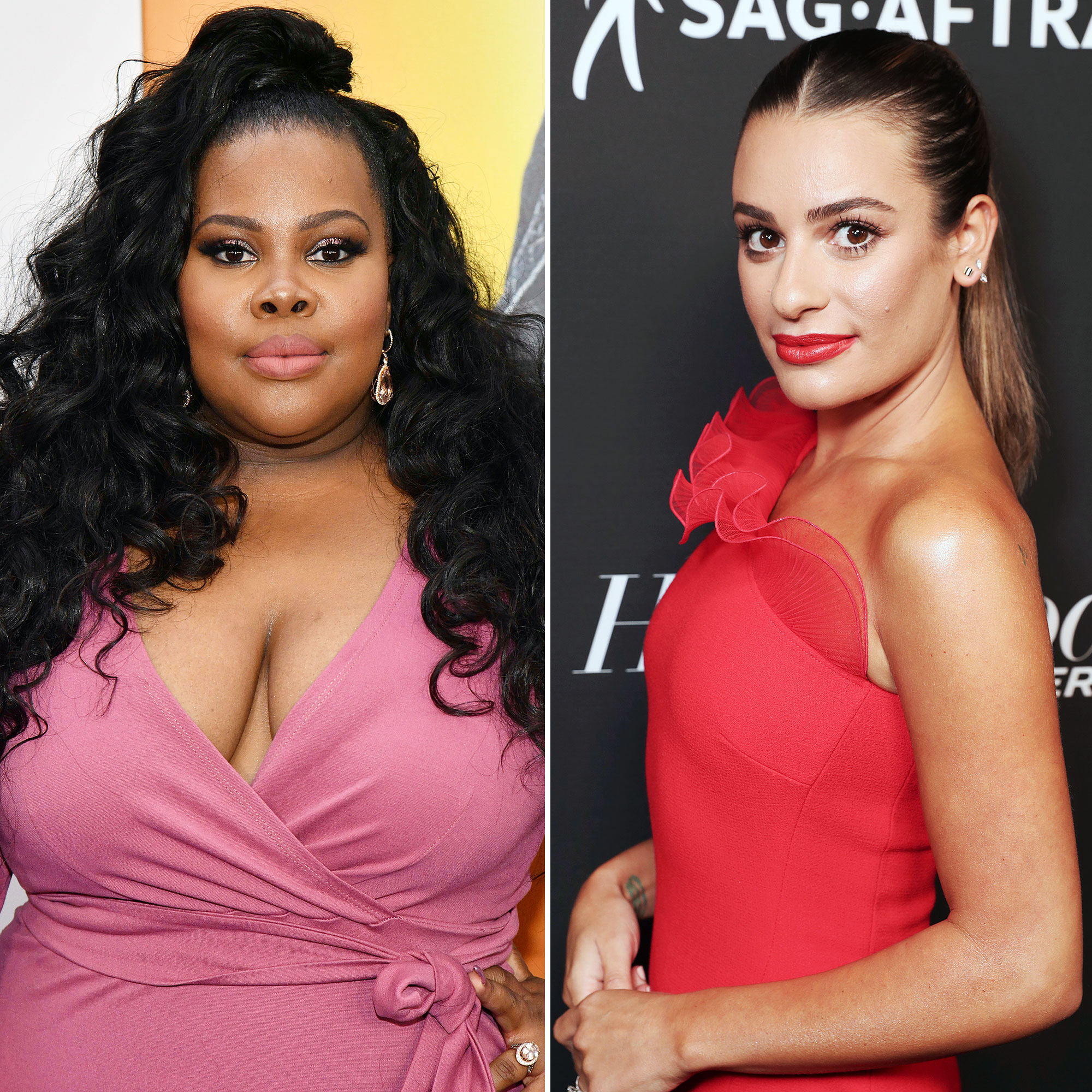 “I wish Lea Michele well, I hope that she has an amazing pregnancy. I hope that she is grown and that she understands. The apology she put out, I didn’t read it because I told y’all, I don’t give a s–t about it,” the singer said. “She reached out to me, I responded to her. That’s where it ends for me. I ain’t talked to that girl in two years. I have no hatred or ill-will on that end. … This is the first and last time I’m gonna say something.’

The actress also noted that since the claims against Michele were made, multiple black actors have reached out to her and shared their own stories about Hollywood.

“There were a lot of black actors and actresses that were in my inbox telling me their stories and were letting me know that they have dealt with the same things, being on set and terrorized by the white girls that are the leads of their show,” the Little Mermaid Live! alum said. “We all know that a person of color and a black person is always the sidekick, it’s always number 3, 4, 5, 6, or 7 on the call sheet. Very rarely are they number one if it’s not an all-black cast.”

Riley also shared her own on-set experience of being told she was “expendable” on certain projects.

“The stories I’m reading about how white women are using their privilege and the fact that they are not fireable, something that I was told once on set after having my own complaint,” the Nobody’s Fool star said. “They know that they are not fireable and they use that privilege to terrorize their counterparts. These networks don’t have to give a f–k. … We were even told, we were expendable. The colored girls, the black girls, are expendable. I’m talking about the culture of Hollywood right now and how they treat black characters, black men, black women. I’m talking about the culture.”

Her response comes days after Samantha Marie Ware‘s tweet, claiming that Michele “made her first television gig a living hell.”

The Hamilton star, 28, also tweeted on Monday, June 1, “I believe you told everyone that if you had the opportunity you would ‘s–t in my wig!’ amongst other traumatic microaggressions that made me question a career in Hollywood.”

The former Scream Queens star, 33, released an apology on Wednesday, but noted that she doesn’t remember “ever making this specific statement.” She added, “I have never judged others by their background or color of their skin, that’s not really the point. What matters is that I clearly acted in ways which hurt other people.”

Heather Morris, who starred in Glee for all six seasons, also responded on Wednesday. “Was she unpleasant to work with? Very much so; for Lea to treat others with the disrespect that she did for as long as she did, I believe she SHOULD be called out,” she tweeted in a statement. “And yet, it’s also on us because to allow it go on of for so long without speaking out is something else we’re learning along with the rest of society.”