Speaking his truth. August Alsina appeared to address the criticism around his relationship with Jada Pinkett Smith after the actress confirmed they were once romantically involved. 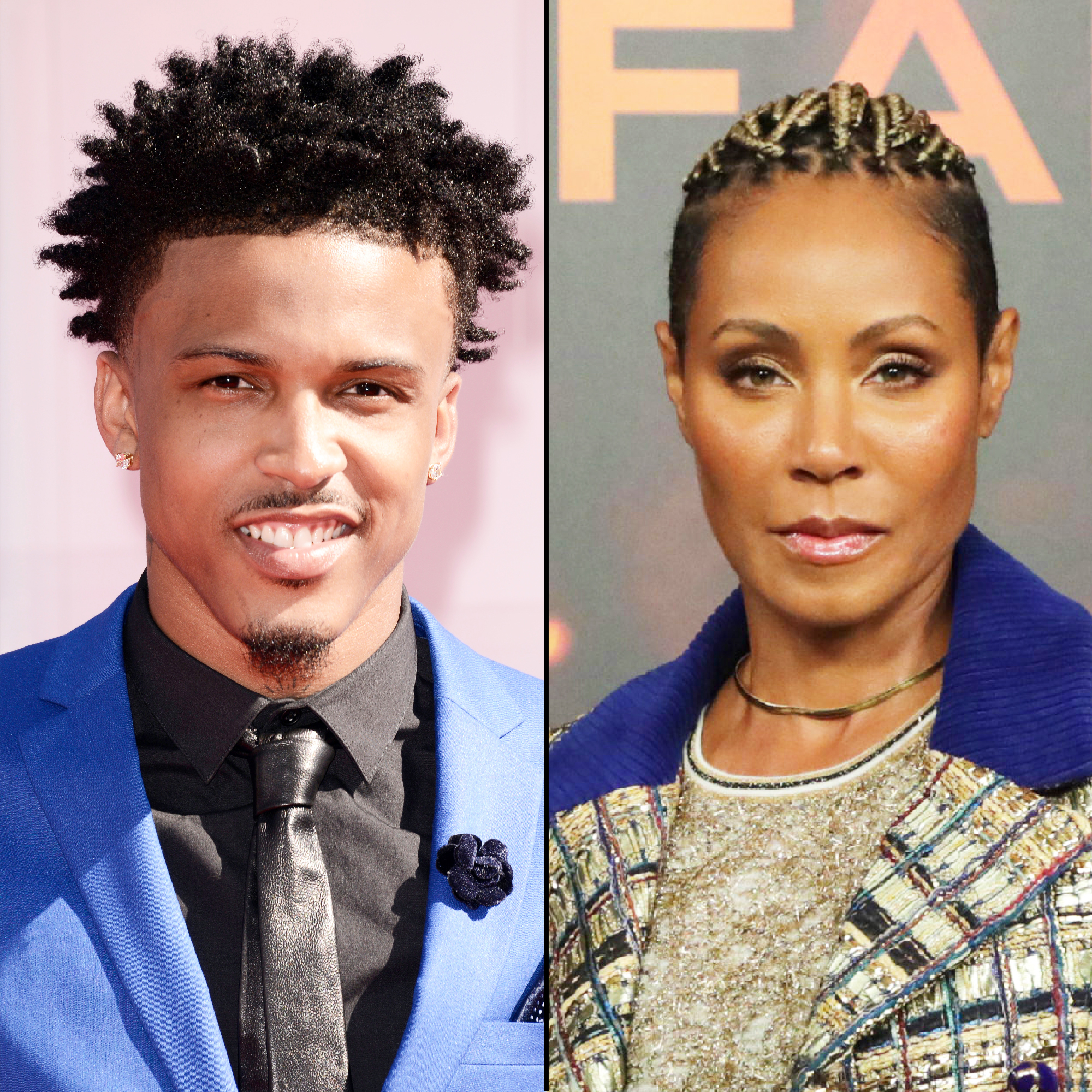 The “No Love” crooner, 27, took to Twitter on Friday, July 10, just hours after Pinkett Smith, 48, spoke about their relationship on her Facebook Watch series, Red Table Talk.

“Imagine not knowing how to mind the business that pay you,” Alsina wrote. “I catch all the subliminals. (Not just about today) & you can call me whatever you like, Mess is constantly inserting yourself in topics you have nun to do w/. Go play w/ ya MAMMY! Not me!”

He added, “If you have something to say, say it w/ ya CHEST kids. It’s always very perplexing cause I real deal be showing people genuine love. Whole time that envy eating ya lil heart. Anyway, NEXT!!”

Alsina also spoke out about his rumored relationship with Keke Palmer. A fan tweeted a photo of the Hustlers star, 26, sitting in a car with the Louisana native. “This you?” the user asked Palmer.

“Yes girl. August was never my man lol. That’s why you’re still reaching to this day to figure out nothing,” she replied.

The “Numb” singer responded, “U absolutely right.I was NEVER ur man. You could possibly never shortie. It seems u mad u got curved, but ur ‘friends’ r the reason 4 that. Dey showed me an endless thread of txt/pics of me dat u sent, wrry’d abt who i date &BEGGED me 2 not further disturb ur mental instability.”

Everything Will Smith and Jada Pinkett Smith Have Said About Marriage

Palmer said that she wanted “to post screenshots, but I won’t,” adding that she recognized Alsina was dealing with the aftermath of Pinkett Smith’s Red Table Talk.

“I wouldn’t feel good kicking someone when they are down because it’s so easy to attack when you’re in a corner, I get it,” the Joyful Noise actress wrote. “People be hurting y’all and most of the time it has nothing to do with you.”

Pinkett Smith admitted that she “got into a different kind of entanglement” with Alsina during a candid conversation with her husband, Will Smith, on Red Table Talk. The Set It Off actress clarified that she didn’t have an affair with the singer because she and the Hitch star, 51, were separated at the time.

“It was a relationship. I was in a lot of pain, I was very broken,” the Girls’ Trip star told Smith. “In the process of that relationship, I definitely realized that you can’t find happiness outside of yourself. Luckily enough, you and I were also going through a process in a much different matter. I would definitely say we did everything that we could to get away from each other, only to realize that that wasn’t possible.”

Alsina alleged that he had an affair with Pinkett Smith during an interview with The Breakfast Club in June.

“I totally gave myself to that relationship for years of my life, and I truly and really, really deeply love and have a ton of love for her,” he explained at the time. “I devoted myself to it, I gave my full self to it — so much so to the point that I can die right now and be OK with knowing that I truly gave myself to somebody.”

Pinkett Smith and Smith tied the knot in December 1997. They are the parents of son Jaden, 22, and daughter Willow, 19.