Mixing business with pleasure? Peter Weber is finally speaking out about the rumors that he and his Bachelor producer Julie LaPlaca are dating.

“She’s my producer, man. She’s a good friend,” the pilot, 28, said when asked about his relationship with LaPlaca in a video obtained by TMZ on Friday, March 13.

A source told Us Weekly in February that Peter and Julie’s relationship is strictly platonic.

“There really is no truth to Peter being with Julie,” the insider said at the time. “They were friends, but nothing romantic has ever happened between them.”

The source added that the duo “act like colleagues and friends around each other.” 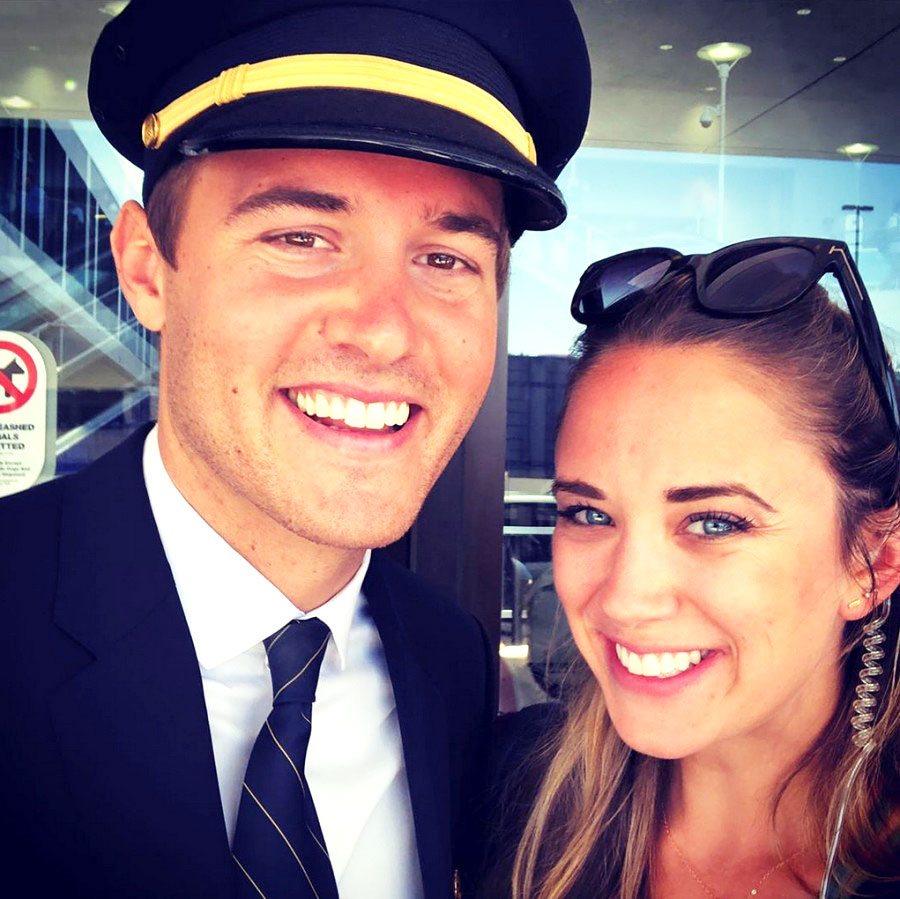 The twosome first sparked speculation that they were dating when Peter joined Julie for New Year’s Eve in New York City in December 2019. Two months later, the duo were spotted spending time together at a winery.

Bachelor host Chris Harrison further fueled the rumors when he described their connection as “intimate” in an interview with Access in February.

“Julie, an amazing, talented, smart producer that works for us — works on the show, so she’s with Peter,” the host, 48, said at the time. “You spend that much time together we all get close. Sometimes those lines get blurred. The only rules are, Peter needs to have the best opportunities to find love. If something were to mess that up, then we would step in. We would help.”

The ABC employee, for her part, shut down the speculation with a photo of herself and Peter during their New Year’s Eve celebration.

“Yes that was @pilot_pete in the tan jacket, no we didn’t kiss at midnight,” Julie captioned the post on Friday. “But whoever ends up as his copilot for life is one lucky lady, because this guy has a heart of gold.”

Yes that was @pilot_pete in the tan jacket, no we didn’t kiss at midnight. But whoever ends up as his copilot for life is one lucky lady, because this guy has a heart of gold ❤️✈️ #TheBachelor

Harrison set the record straight on Peter and Julie’s relationship during his appearance on Lights Out With David Spade on Wednesday, March 11.

“We can categorically say that’s a big no,” he said at the time. “Julie is the producer. Nothing there.”

Peter, meanwhile, was unlucky in love twice during his season of The Bachelor. The California native proposed to Hannah Ann Sluss on the finale episode, which took place in November 2019. The pair broke off their engagement one month later after Peter confessed that he couldn’t fully commit to their relationship. During the live Tuesday, March 10, finale, Peter reunited with Madison Prewett but the duo announced their split two days later.