After finishing his recovery program, the ‘Jackass’ star reveals that he will still continue to attend outpatient treatment classes for the next couple of months.

AceShowbiz –Bam Margera should be proud of himself for making a breakthrough in his life. The “Jackass” star has successfully completed his year-long drug and alcohol treatment program in Florida, and declared that he felt free.

The TV personality had a chat with TMZ after the completion of his rehab program. During the conversation, he stated that he will continue to attend outpatient treatment classes for the next couple of months. He also revealed that while attending classes, he is living in an apartment near his rehab center in Boca Raton with wife Nikki and son Phoenix.

This was a huge milestone for Bam, as he did not let his slip up hinder him from completing the program. Back in September 2021, the 42-year-old stunt performer escaped from rehab and showed up at a casino in Florida. Soon afterward, he was reported to the police and driven back to his rehab facility.

Later in the chat, Bam revealed his goal moving forward. He planned to move back to Southern California and was hoping to buy a home there. He additionally planned on working with sober skaters on future projects.

As a way to celebrate his freedom, Bam took to his Instagram account to share a video of him skateboarding. In the clip, he was seen having the time of his life while flaunting his skateboarding skills. To accompany the Wednesday, May 18 post, he wrote a caption that simply read, “Double trouble.” He also added hashtags that read “Sober session,” “Bam’s back” and “Bam’s free.” 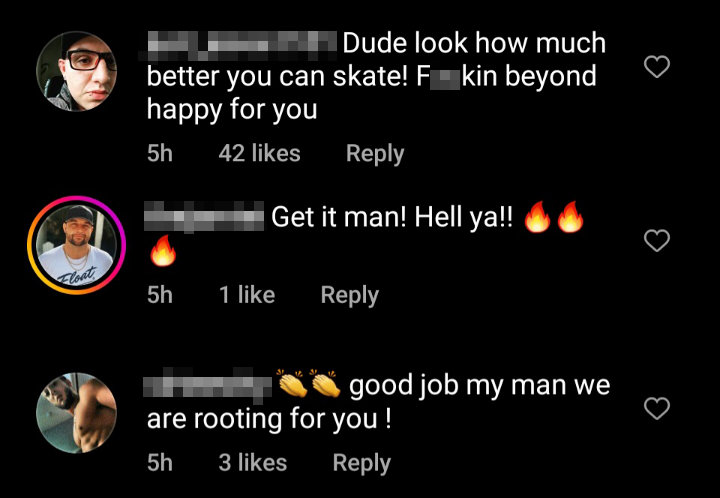 Fans definitely shared his happiness, as they showed support for him in the comment section. One exclaimed, “Dude look how much better you can skate! F**kin beyond happy for you.” A second one raved, “Get it man! Hell ya!” A third one applauded him by writing, “Good job my man we are rooting for you!”