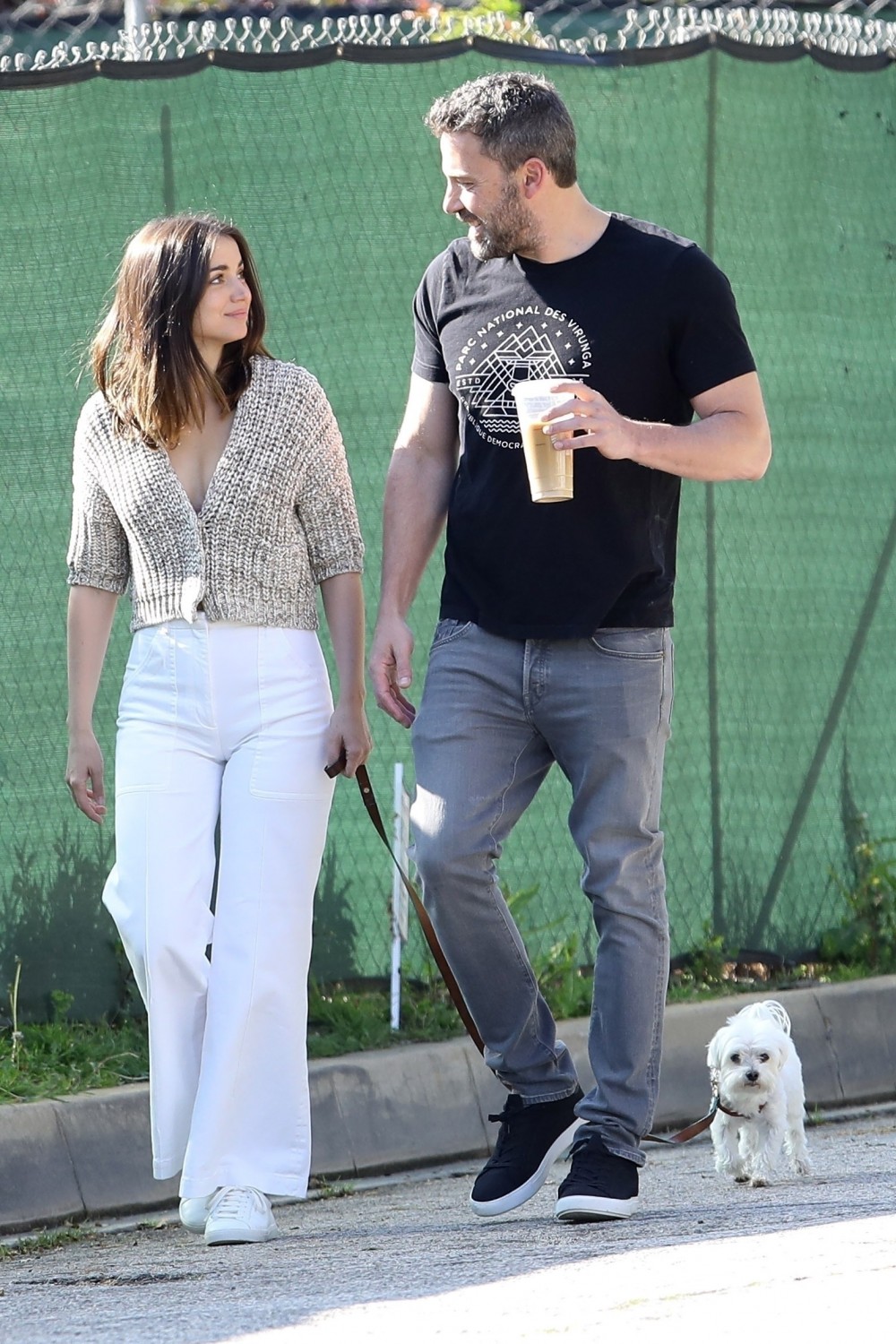 This is just a reminder that Afflarmas is still going strong (Kaiser coined that portmanteau, we talked about it on podcast #43!) and that they’re still loved up. The last time we covered them they were going out to get coffee and stopped into a bookstore. They did this on March 17, well after we knew about the need to socially distance but before Los Angeles was shut down with bars, gyms, movie theaters, arcades and bowling alleys ordered closed until April 19th. They should have known better, but it wasn’t mandated at the time.

One angle I didn’t consider in that post is that Ben and Ana definitely should have been self isolating because they had just returned from a trip overseas. Remember their trip to Cuba and Costa Rica, complete with a loved-up beach photo op? Commenter Me pointed that out, writing “Wait didn’t these two just come back from out of the country? Shouldn’t they be in self-isolation for 2 weeks ???” I made that the comment of the week on this week’s podcast, by the way. That makes their last outing for the paps worse actually, but they’re in the first stages of this and are stupid about a lot of things. This time they’re just in his neighborhood walking her little dog, which is completely understandable and necessary. One question though – did he just happen to have that Starbucks cup at home and is reusing it? That’s f’ing doubtful.

Look at the way Ana is looking at Ben in the photo below. Dickmatized. Also, what’s up with those pants? I feel like she can pull that off somewhat because she’s so cute though. She was adorable in thrift store sweaters in Knives Out. Rent that if you haven’t seen it already. 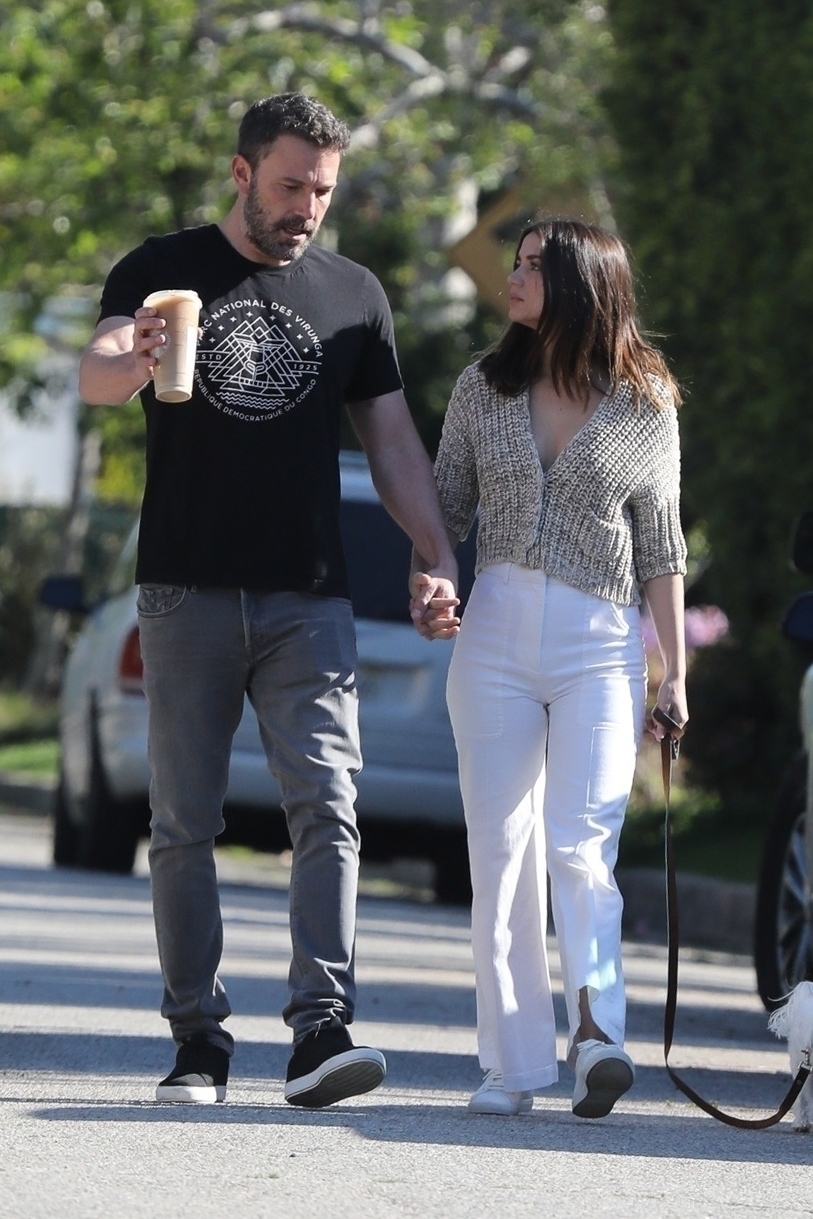 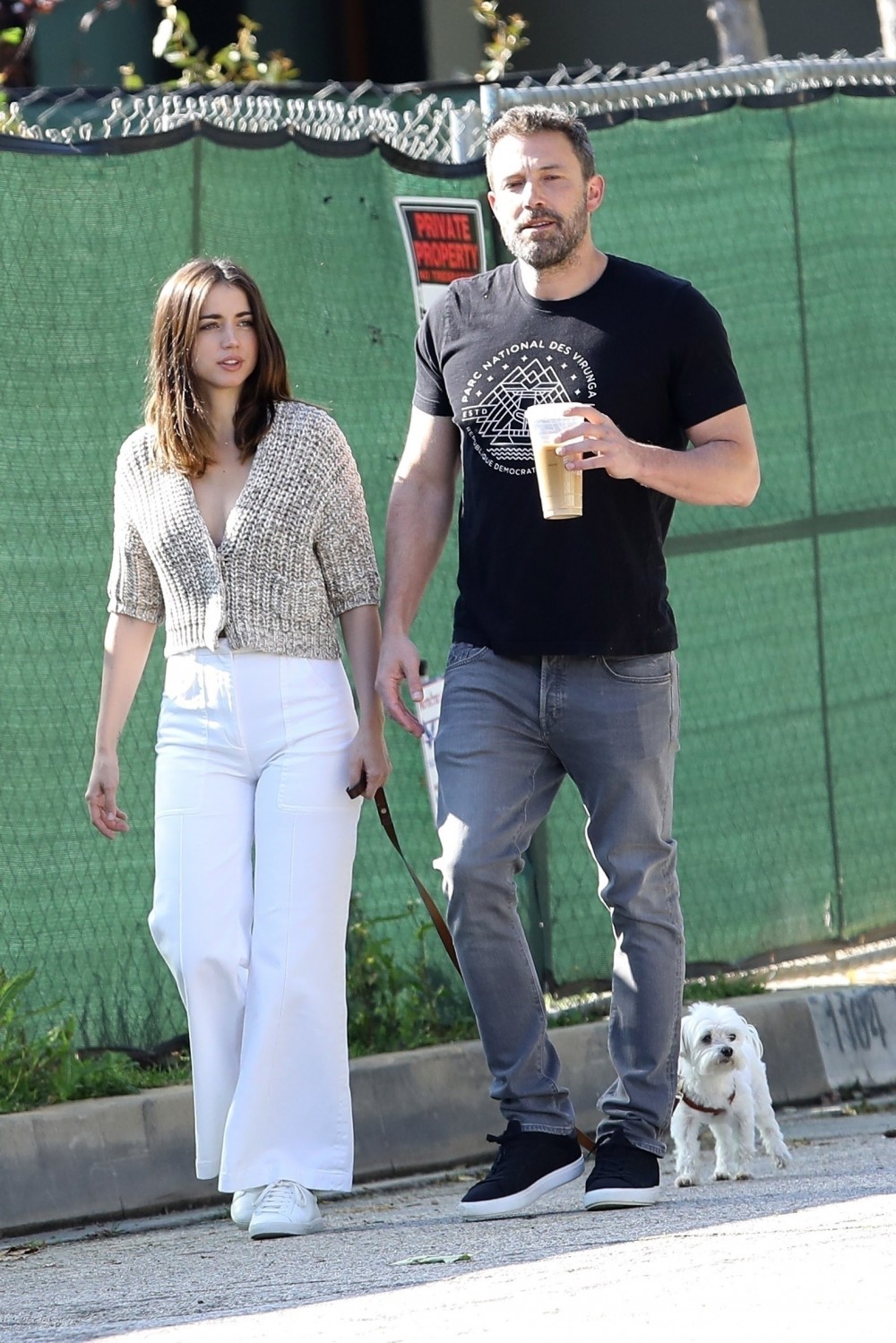 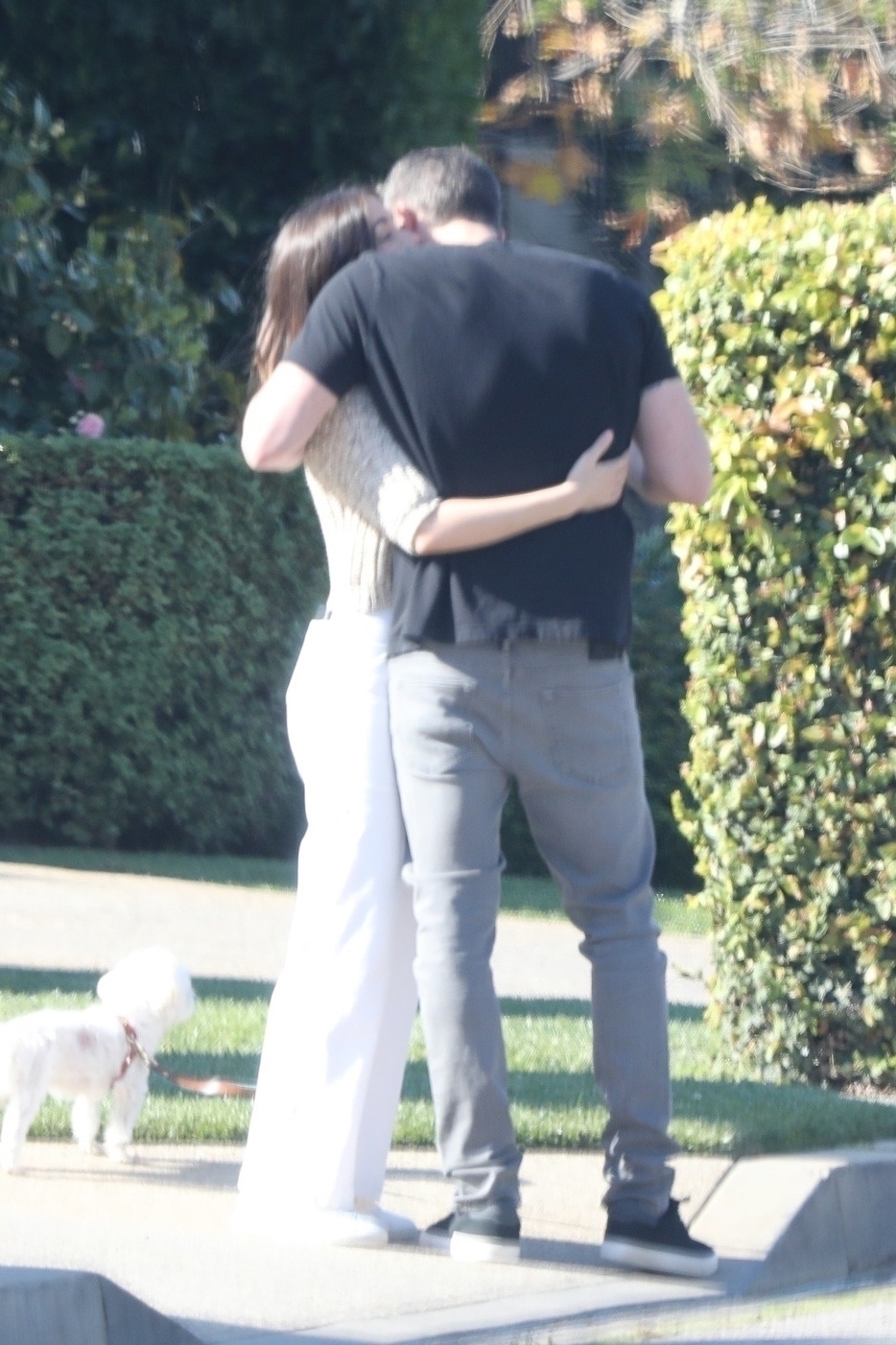