Bill Turnbull, 64, worked alongside his former colleague Susanna Reid, 49, for two years on BBC Breakfast until her move to ITV’s Good Morning Britain in 2014. The former BBC Breakfast host addressed the latter’s on-screen relationship with her co-star Piers Morgan, 54, as the presenting duo celebrated five years working together.

Taking to Twitter, Bill reacted to Piers and Susanna’s five years fronting GMB together and cheekily joked the latter deserved an “honour” for “putting up with stuff”.

“Surely an honour of some kind beckons – for outstanding patience and putting up with stuff. Congratulations!”

The Classic FM DJ’s light-hearted jibe comes after his former co-star opened up about her relationship with Piers. 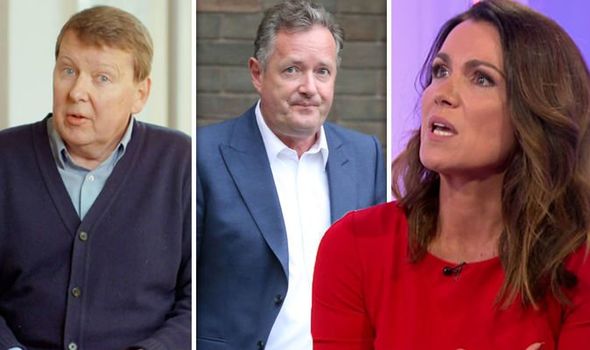 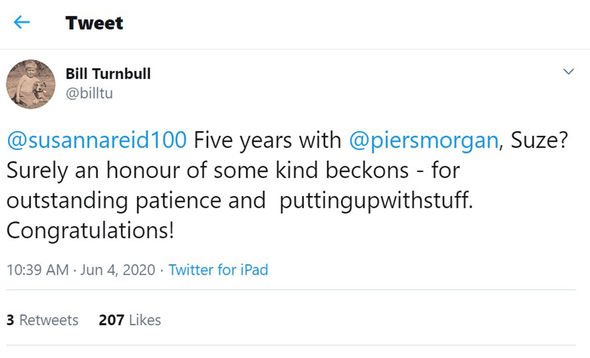 Susanna addressed the presenting-duo’s five-year on-screen anniversary on GMB in her latest column.

The small-screen star admitted Piers’ often refers to her as his “TV wife” and their relationship is “constantly compared to a marriage”.

“We’re one of those couples who fight, and it’s not just for the cameras. We often have rows in the editorial meeting that we continue on air,” Susanna wrote in the MailOnline.

“But here’s the thing. It’s a dynamite dynamic. However strongly Piers argues his point, I’m there to represent the other side, even when it’s unpopular. He needs me to be the yin to his yang.” 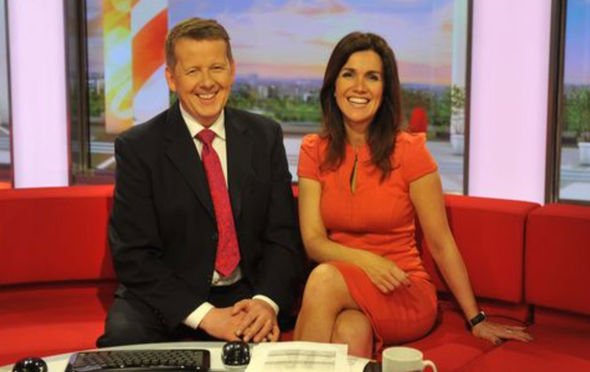 Earlier this year, Bill stepped in to replace Piers on GMB as the outspoken journalist took a break from his hosting duties.

He again teamed up with Susanna who he last worked with in 2014 on the BBC news programme before she moved to ITV.

It also marked Bill’s first time back on live television after he quit the BBC Breakfast show in 2016 after being diagnosed with prostate cancer.

In an interview with the Mirror at the time, Bill explained: “I’m thrilled to be working with Susanna again and really looking forward to being on Good Morning Britain. 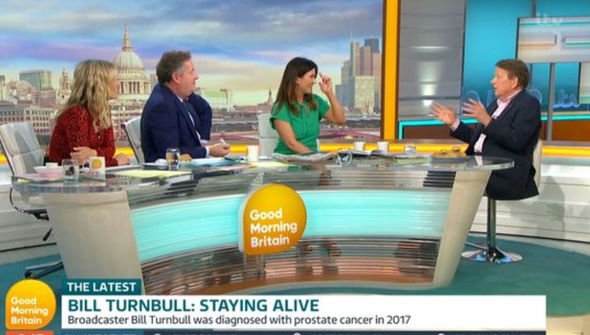 “We didn’t work together long enough and we got on so well. I was sad when she left at short notice. So for her to ask me to sit alongside her is very exciting.”

Elsewhere, Bill made a brief appearance on BBC Breakfast this week when he returned to the show.

Bill has appeared on BBC Breakfast a number of times since his diagnosis to give updates to his colleagues and friends about his health and wellbeing.

During the show, he spoke to presenters Louise Minchin and John Kay about his life since the lockdown due to coronavirus.

Bill later expressed his “concerns” as the Classic FM DJ admitted he was two months overdue for an operation.

He explained: “I managed to finish a course of treatment before the lockdown started – which was fairly successful – but once you’re finished of course the cancer comes back.”

The TV host went on: “There are still concerns. You ran a story a while ago about people not getting their cancer treatments.

“I’m two months overdue for an operation that I should be having twice a year.”

Good Morning Britain airs weekdays on ITV at 6am and BBC Breakfast airs the same time on BBC One.