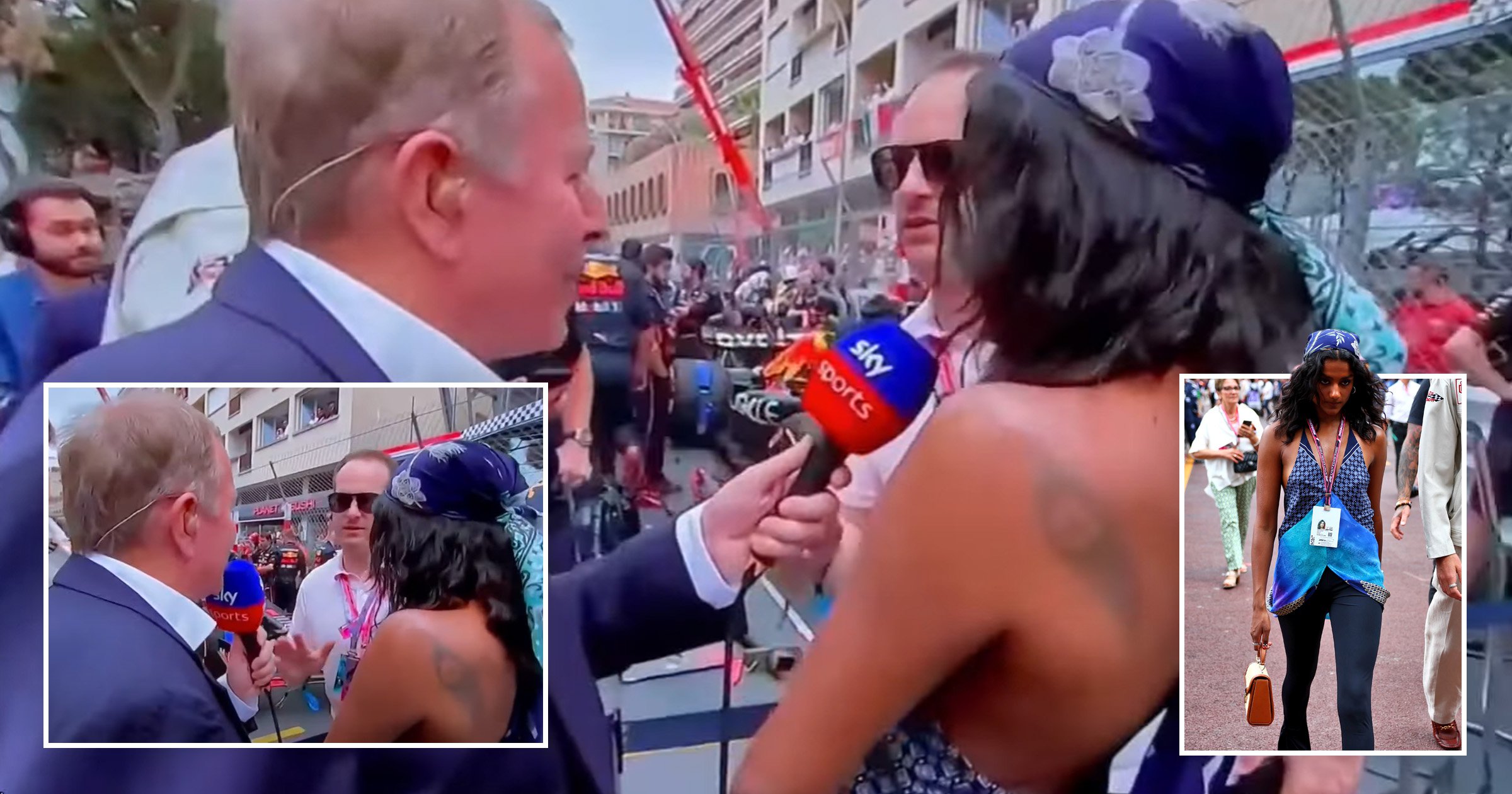 The awkward moment happened at the Monaco Grand Prix on Sunday afternoon which Simone attended accompanied by Euphoria actor Jacob Elordi, joining the host of other VIP guests including Naomi Campbell and Heidi Klum.

However, Simone wasn’t up for being in the spotlight after all as Martin found out when he tried to approach the actress for a chat.

The sports presenter was in the middle of his typical grid walk at the Formula One race when he spotted the actress, who starred as Kate in season two of Netflix period drama Bridgerton.

‘Is this Simone?’ Martin asked during the live broadcast.

Simone half-turned to answer a quiet ‘hello’ before a member of her team stepped in to inform the presenter: ‘She doesn’t want to do any TV.’

However, others criticised the actress with one writing: ‘#SimoneAshley so rude turn down Martin Brundle. If you don’t want to be interviewed then don’t visit the F1 grid.’

One weighed in: ‘Totally uncool for the Bridgerton peeps to give the LEGEND that is @MBrundleF1 the cold shoulder. Expected better manners from Simone Ashley. I mean Drive to Survive is equally huge for @netflix.’

Several others pointed out other stars who have turned down an interview with Martin in the past, including Serena Williams and Megan Thee Stallion.