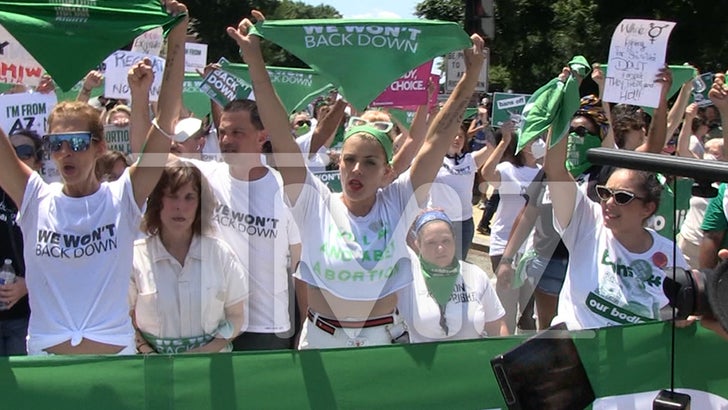 Busy Philipps is joining the millions of Americans protesting the Supreme Court’s overturn of Roe v. Wade … and she’s making her stand near Capitol Hill.

Busy was with hundreds of other demonstrators Thursday in Washington, D.C. … marching down a street near the Supreme Court with a giant banner reading “We Won’t Back Down.” 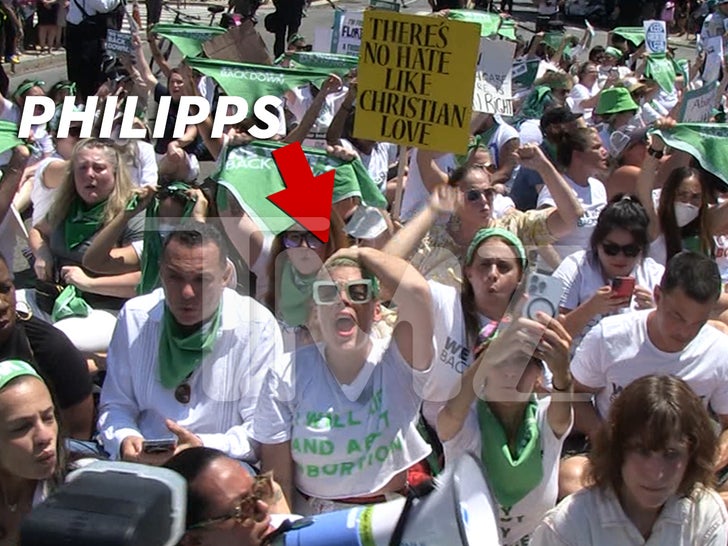 The “Cougar Town” star was on the group’s front line as they sang “We want justice” to the melody of Queen’s hit “I Want it All.”

Beyond the marching and singing, Busy made it clear she means business when it comes to opposing the controversial SCOTUS ruling — she was wearing a t-shirt that says, “I will aid and abet abortion.”

As you know, protests have been nearly nonstop since last Friday when the Supreme Court finally issued its opinion on Roe v. Wade … after a draft of the opinion leaked back in early May.

Security at the Capitol was beefed up to address any civil unrest, according to sources within the Capitol Police. The way they see it — anytime there are crowds of people on opposing sides, it’s a recipe for potential violence.