After Seth Rogen confirmed that he had no plans to work with James Franco again following sexual abuse allegations, their Freaks and Geeks costar Busy Philipps shared her thoughts on his decision.

‘Freaks and Geeks’ Cast: Where Are They Now?

“I have to say, I mean, it’s interesting,” Philipps, 42, said during an appearance on “The Last Laugh” podcast on June 22. “They were super close, and they had a very tight relationship.”

While the Cougar Town alum didn’t know what led Rogen, 39, to make that decision, she noted, “Seth is married to a very f–king smart woman.” 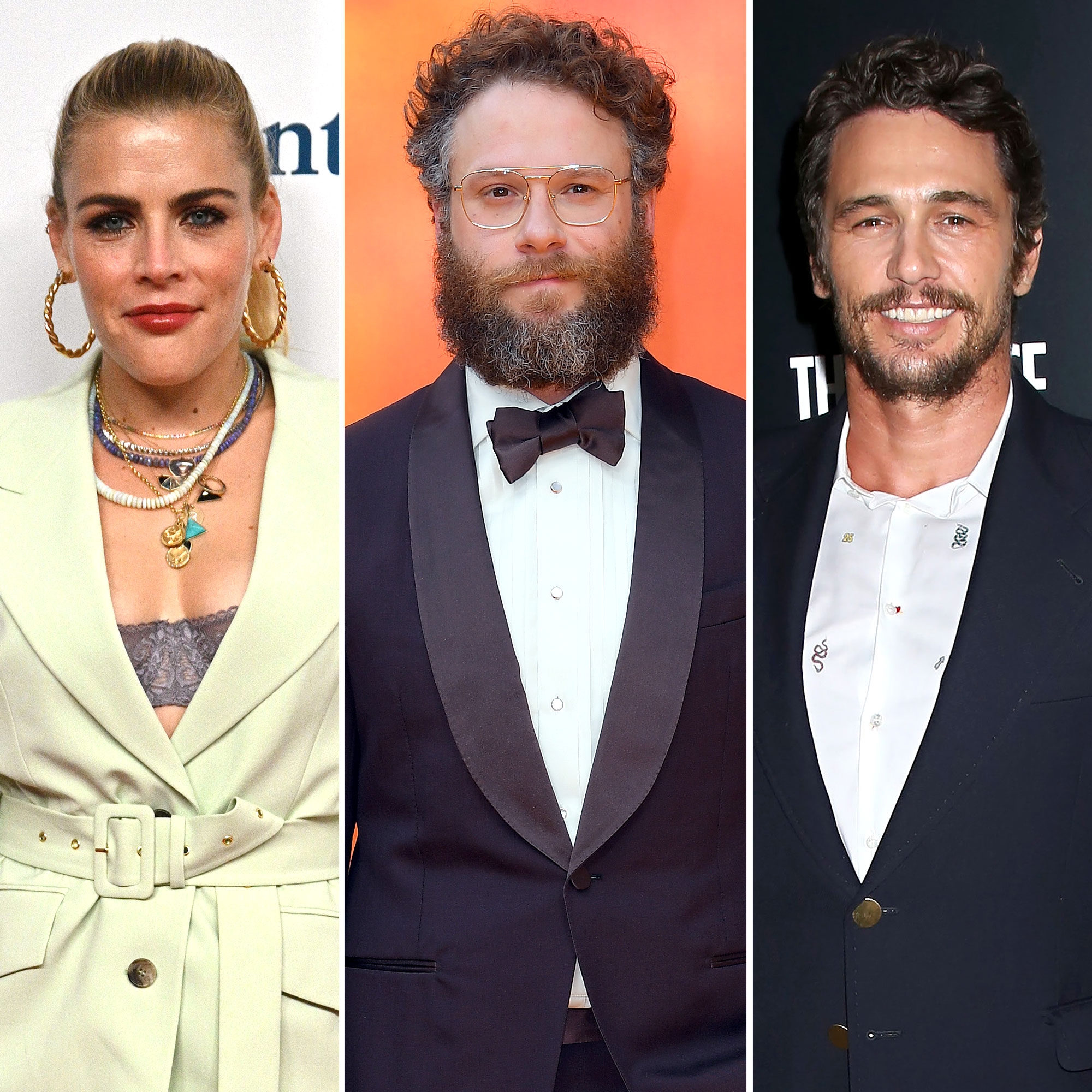 “I didn’t work with James past age 20, so I can only speak to the horrible behavior I experienced,” she clarified. “I can’t speculate on their friendship, but I wouldn’t want to work with someone who has multiple allegations of predatory behavior.”

Last month, the Superbad star, who has been married to Lauren Miller since 2011, revealed that he will no longer work with his friend.

True Love! Celebrities Who Found Best Friends in Their Costars

“I have not, and I do not plan to [work with Franco] right now,” Rogen told the U.K.’s Sunday Times on in May. “What I can say is that I despise abuse and harassment, and I would never cover or conceal the actions of someone doing it, or knowingly put someone in a situation where they were around someone like that.”

Franco was previously accused of propositioning a 17-year-old girl via Instagram in 2014. In January 2018, five women came forward with sexual misconduct allegations against Franco.

The 127 Hours actor reached a settlement in the 2018 lawsuit earlier this year. Court documents obtained by Us Weekly in February revealed that two of his former acting students decided to drop their claims. 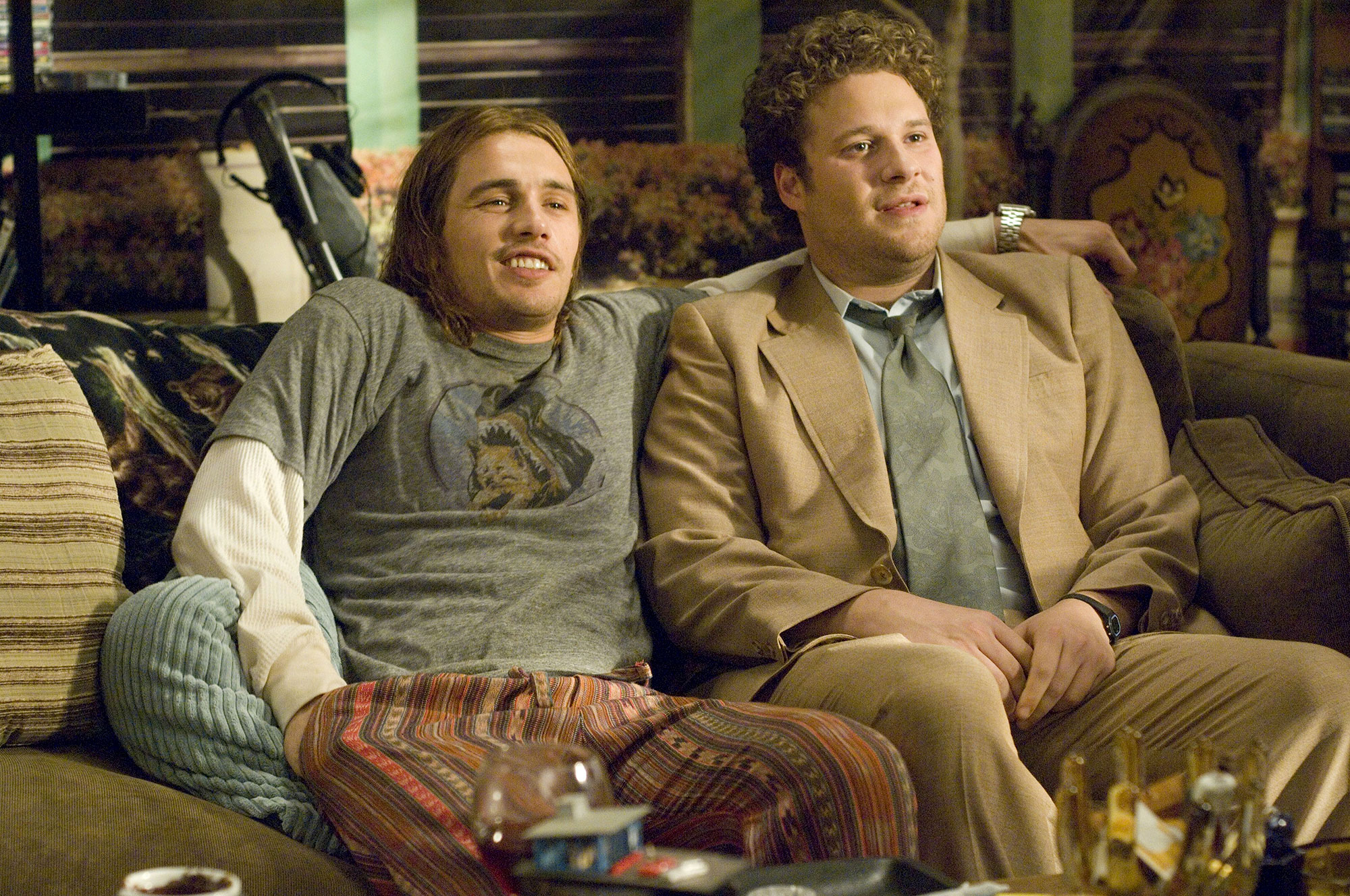 Philipps, who worked with Rogen and Franco in 1999, shared her own experience with the Spring Breakers actor.

Films Based on Real Actors’ Lives: ‘The King of Staten Island,’ More!

“He grabbed both my arms and screamed in my face, ‘DON’T EVER TOUCH ME AGAIN!’” Philipps wrote in her memoir, This Will Only Hurt a Little, in 2018. “And he threw me to the ground. Flat on my back. Wind knocked out of me.”

Days after the excerpt went viral, Philipps clarified her view of the incident.

“The Franco story is used to illustrate a larger point about the way women are treated in this business in life. There are no ‘allegations’ and no ‘accusations,’” the Dawson’s Creek alum wrote via Instagram in October 2018. “It’s a story that I have been telling for years. James apologized. I accepted. And I still get to tell it because it f–king happened to me.”

Franco, for his part, spoke out about the 2014 misconduct claims against him.

“In my life, I pride myself on taking responsibility for things that I’ve done. I have to do that to maintain my well-being. I do it whenever I know that there is something wrong or needs to be changed, I make it a point to do it,” he said on The Late Show With Stephen Colbert in January 2018. “The things that I heard that were on Twitter are not accurate, but I completely support people coming out and being able to have a voice because they didn’t have a voice for so long. I don’t want to, you know, shut them down in any way. It’s, I think, a good thing and I support it.”