Chris Brown appears to be in legal trouble, again. The controversial singer has been accused of hitting a woman during an argument inside a San Fernando Valley home.

Chris Brown, the Grammy-winning musician who is becoming more known for his run-ins with the law than his music, was once again in the hot-seat on Tuesday. Chris, 32, was accused of hitting a woman during an argument on Friday (June 18), according to NBC News. “There was an incident on Friday, June 18th around 730 in the morning when LAPD officers responded to a radio call at a residence in the 19600 block of Citrus Ridge. There was a victim who stated she had been in an argument with the suspect and he slapped her,” a spokesperson for the LAPD told HollywoodLife. “The suspect was not at the location when police arrived. A report for battery was completed and will be submitted to the Los Angeles City Attorney’s office for filing consideration.”

The spokesperson stated they could not “confirm Chris Brown is a suspect in any of our criminal investigations because we don’t confirm suspects unless they are booked.” Meaning, Chris has not been charged over this alleged incident. Details about what happened are currently few and far between, but TMZ claims its sources says that the Chris allegedly “slapped” the woman, and the alleged slap “made part of her weave come out.”

TMZ also reported that the alleged victim had no injuries and that no arrests were made at the time. HollywoodLife will continue to update this post with any additional information when made available. 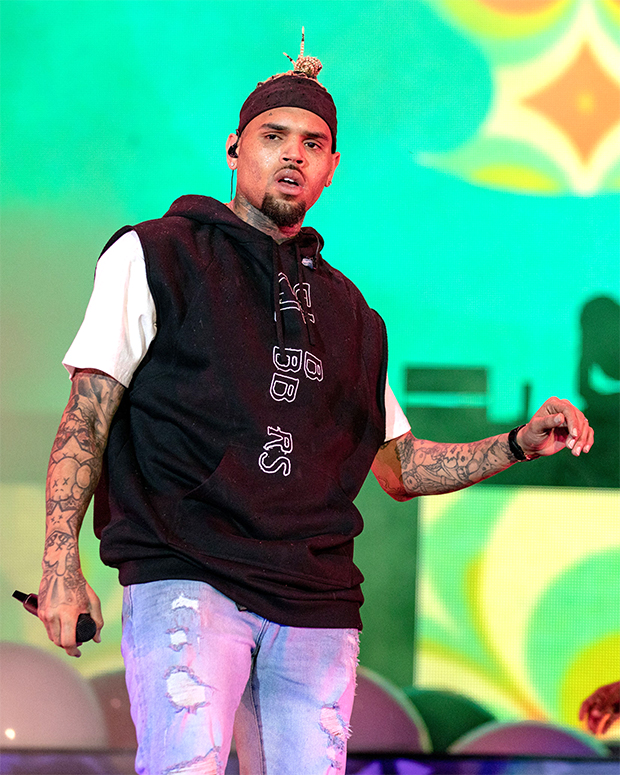 On early Tuesday morning, Chris posted on his Instagram Story, “Yall so dam [cap emoji],” followed by nine laughing emojis, per XXL. Cap is slang for lying. It’s unclear if Chris was responding to the reports of the alleged incident.

This alleged assault would be the latest in a very long line of legal troubles for Chris. He will forever be tied to February 8, 2009, the night when he physically assaulted his then-girlfriend Rihanna. Chris would plead guilty to felony assault and agree to community service and five years of probation. Chris was also arrested for felony assault in 2013, according to PEOPLE. He was also busted in 2016 on suspicion of assault with a deadly weapon (charges were never filed). In 2018, Chris was arrested on an outstanding assault warrant following a concert in Florida. Charges were eventually dropped.

Chris has had, up to this point, a relatively quiet 2021. In May, Breezy threw himself a massive 32 nd birthday party, and TMZ reported that “things got so out of hand cops stepped in and pulled the plug.” Supposedly, the authorities arrived at Chris’s home around 2 am to speak with the security about the loud music blasting from his home. The music was turned down, and guests started to leave – cops reportedly estimated there were between 400 and 500 guests in attendance – and a few parking tickets were issued to improperly parked cars.