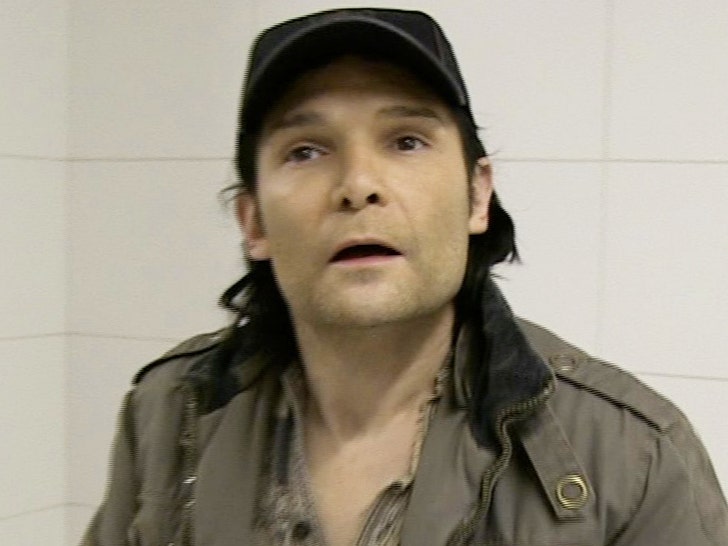 Corey Feldman‘s being threatened and harassed again, just days before the release of his documentary promising to expose child rapists in Hollywood … at least that’s what he thinks, based on a calendar left on his doorstep.

Feldman says he called police after he returned home from a night out and discovered this 2020 calendar — titled “Wolf Pack” and featuring 3 wolves on it — waiting for him. 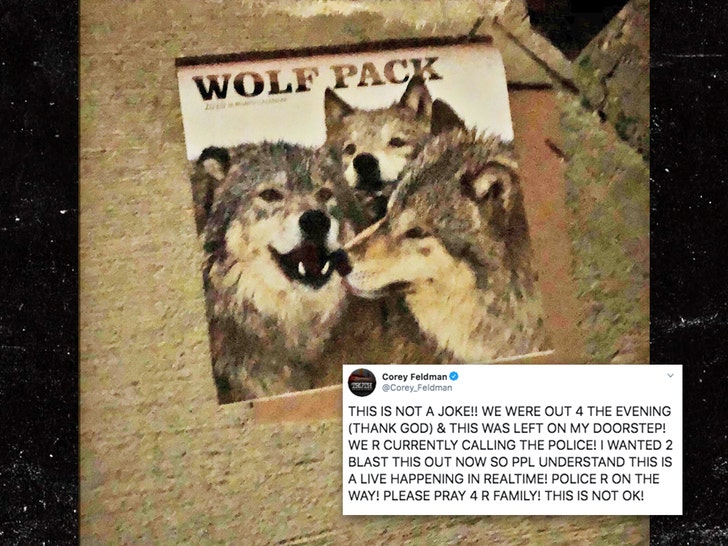 He posted the photo saying … “I WANTED 2 BLAST THIS OUT NOW SO PPL UNDERSTAND THIS IS A LIVE HAPPENING IN REALTIME! POLICE R ON THE WAY! PLEASE PRAY 4 R FAMILY! THIS IS NOT OK!”

As for why Corey’s so shaken by this … he’s been claiming for a couple years that there’s a mysterious group of people — he refers to as the “Wolfpack” — threatening him online, and were possibly responsible for his alleged stabbing back in March 2018. 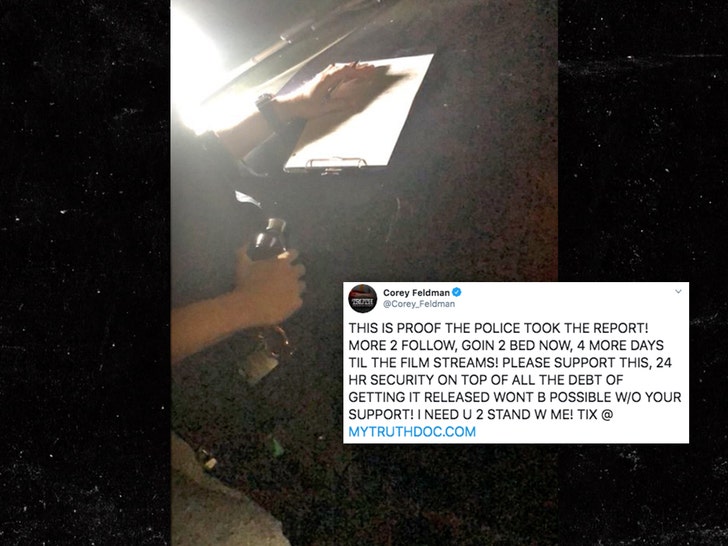 Corey suggests this group is back at it, because his documentary, “My Truth: The Rape of 2 Coreys,” is set to live stream in 4 days. The insinuation — the unknown “Wolfpack” wants to shut him up and keep his story, which he claims will reveal the truth about what happened to him and Corey Haim, from ever being released.

Feldman also shared a photo of what he says is a cop taking his report, but so far … we’ve been unable to confirm a police report was filed. 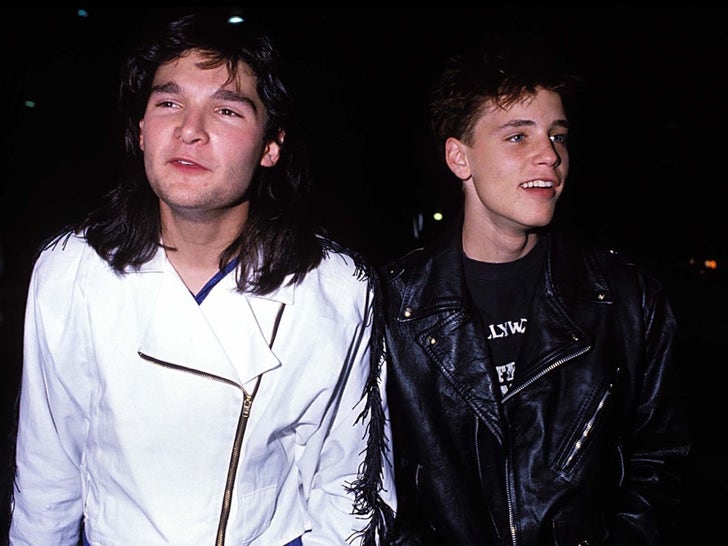