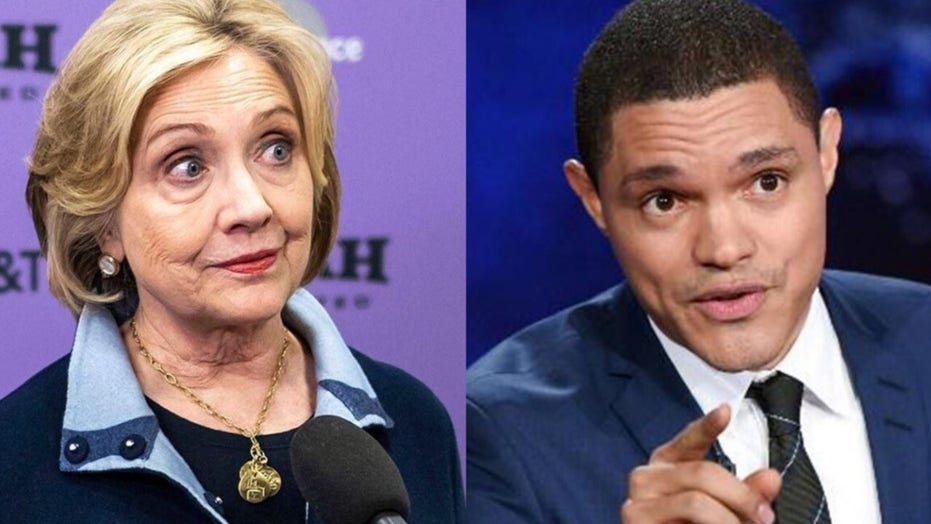 Hillary Clinton, the former Democratic presidential nominee, told ‘Daily Show’ host Trevor Noah that speculation over Trump refusing to yield power in the event that he loses is valid.

A new television series that is reportedly being developed about an "alternate history" of Hillary Clinton was widely panned on social media.

Variety reported Wednesday that Hulu optioned the rights to Curtis Sittenfeld's 2020 novel "Rodham," which depicts what life would have been like for Hillary Rodham had she not married then-future Arkansas governor and President Bill Clinton.

This follows Hulu's docuseries "Hillary," which premiered on the streaming service earlier this year.

Sarah Treem, the former producer of "The Affair" and "House of Cards," is attached to write and produce the series alongside Sittenfeld and "The Handmaid's Tale" producer Warren Littlefield.

The "alternate history" TV series did not receive the warmest reception on Twitter.

"Who asked for this?" progressive journalist Walker Bragman tweeted.

"Pretty sure Tales From the Crypt was already turned into a television show," Mediaite reporter Charlie Nash wrote.

"Destined to be a cult classic, insofar as 'cult' is taken literally," The Grayzone journalist Aaron Maté wrote.