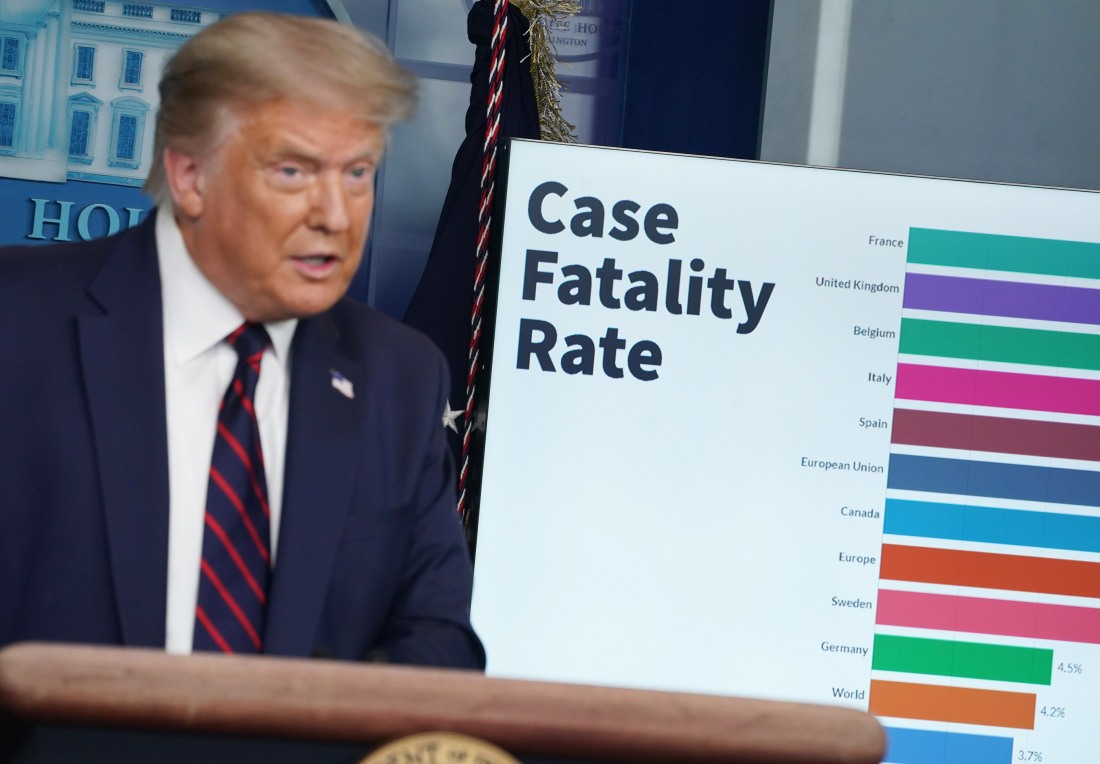 Donald Trump gave a less-unhinged press conference yesterday and the biggest headline was definitely the Ghislaine Maxwell remarks, which I covered separately. But the point of the press conference was that someone, somewhere thought Trump should go back to giving regular briefings on the pandemic. My guess is that Trump is bigly mad that his Nazi rallies are so poorly attended, and try as he might, he can’t continue to just pretend that the pandemic isn’t happening. Not only is the school situation utterly shambolic, but there’s been such a huge spike in infections over the past month that the mortality rate is spiking too.

At least 1,000 American deaths linked to the coronavirus were reported Tuesday, and the spread shows no sign of slowing down. The harrowing death toll comes as states across the country report record-breaking numbers of new cases. More governors are making masks a requirement as overwhelmed testing labs and hospitals are raising alarm. And officials are debating whether to send children back to school in person.

The only other time this month the country crossed the threshold of 1,000 reported deaths was July 7, with 1,195 reported fatalities. According to data from Johns Hopkins University, a quarter of all days this year have seen a US death toll exceeding 1,000.

So that was the backdrop for Trump’s big coronavirus presser. He got weirdly “good reviews” for seeming sober and hinged. He still didn’t take responsibility for f–king up the federal response, but at least he’s admitting the obvious, which is that this sh-t is bad:

Donald Trump changed his tone while talking about coronavirus on Tuesday in his first COVID-19 briefing since April. After months of downplaying the virus, the president gave a sober warning to Americans about the deadly pandemic.

“It will probably, unfortunately, get worse before it gets better,” Trump, 74, said. “[That’s] something I don’t like saying about things, but that’s the way it is. That’s what we have.”

At the time of Trump’s press conference Tuesday, the New York Times database reported at least 141,400 people in the U.S. had died from the virus, while at least 3,875,700 confirmed cases had been identified since February. Trump said at one point Tuesday, “I think we’re all responsible,” when asked if he would take responsibility for what his administration’s critics have called a slow and skeptical handling of the pandemic.

Trump mostly read from notes at his podium and took a handful of questions from reporters before ending the press conference, which lasted about half an hour. (Trump’s previous coronavirus press conferences sometimes lasted more than two hours.) The president’s prior press conferences throughout the pandemic often featured Trump arguing with reporters and suggesting false remedies for the virus. On Tuesday, Trump appeared to come around on a number of virus-related issues. Trump encouraged others to wear face masks and called them “a good thing”— reflecting a stark change from the position he’s taken previously.

Yeah. I mean, of course he’ll be extra bonkers for the next press conference, and of course NO ONE should praise him for doing the bare minimum by admitting that we’re in the middle of a huge crisis. The only nice thing I’ll say is that now maybe those MAGA crisis actors and unhinged, maskless Karens will realize that this sh-t it real. Probably not though. 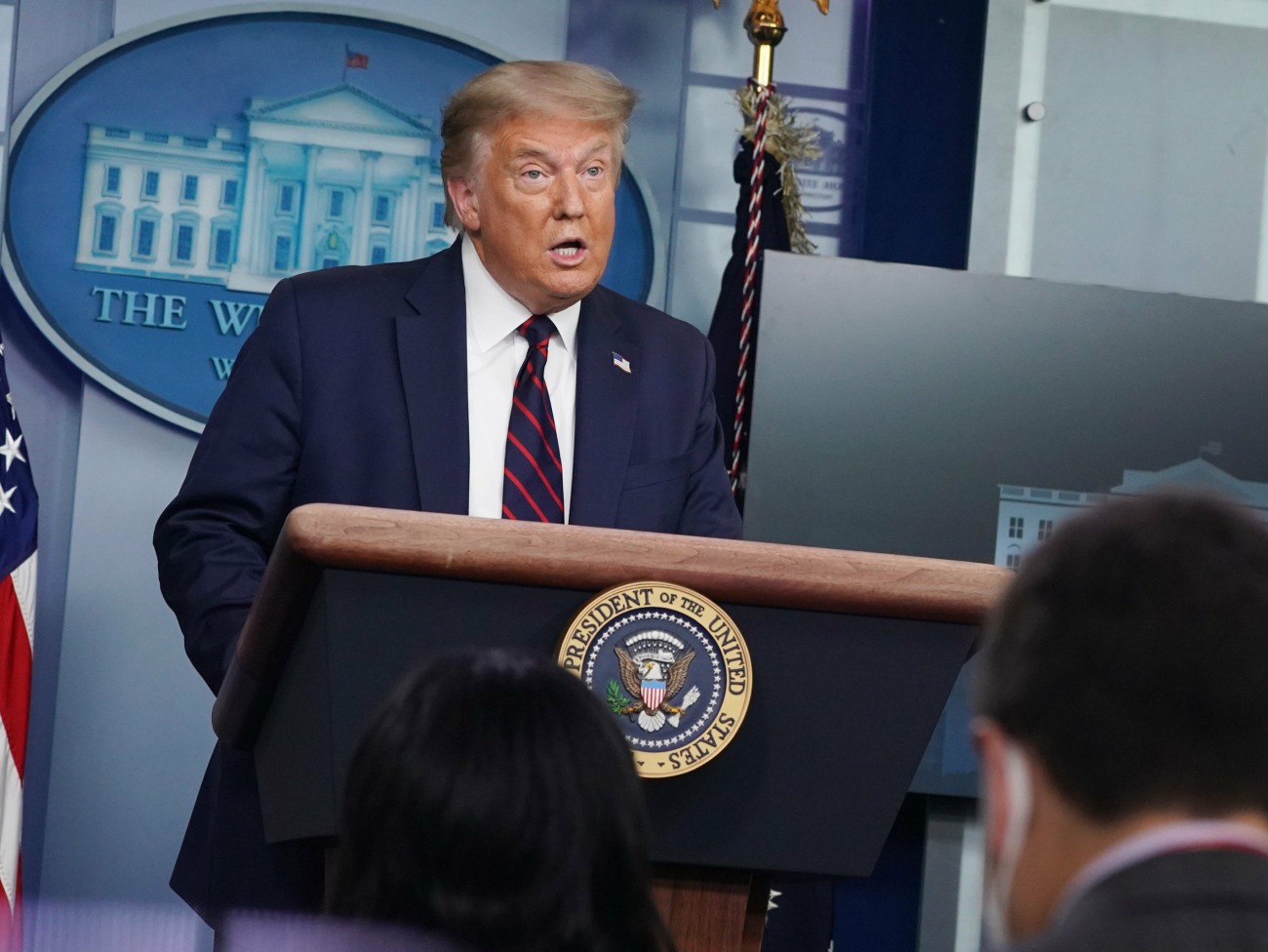