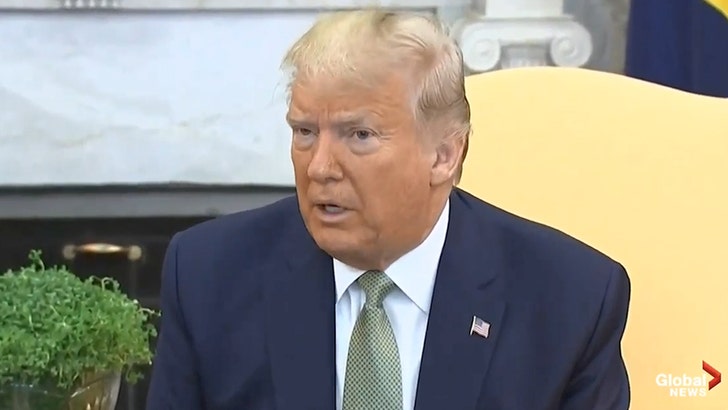 Trump — along with Ireland’s prime minister, Leo Varadkar — were taking questions from the media about the global COVID-19 pandemic … when POTUS was asked directly if Japan should cancel the Games.

“Maybe they postpone it for a year,” Trump said … “Maybe that’s not possible. I guess it’s never happened with the Olympics.”

The Games are currently scheduled to kick off in late July.

Trump says “it’s a shame” the outbreak could impact the Olympics because from what he’s seen, Japan was doing an amazing job setting up the country for the massive event.

But, POTUS explained … he thinks it’s better to push the games for a year so the world can get a grip on the pandemic.

Plus, Trump says he likes that idea “better than having empty stadiums all over the place … better than doing it with no crowd.”

Trump insisted the United States is handling the crisis well — and says things will eventually get better and the virus will “go away.”