Together or not, it’s all love between Drew Barrymore and ex-boyfriend Justin Long.

Fans may recall that the two starred together in He’s Just Not That Into You and Going the Distance together and they also dated on-and-off over a decade ago.

The two actors met on the set of He’s Just Not That Into You in 2008 before embarking on a two year relationship that had its fair share of ups and downs.

In 2010, the two rekindled their romance on the set of Going the Distance and that same year, Long accompanied Barrymore to the Golden Globe Awards but not long after that, they called it quits for good.

However, a decade later, there’s no bad blood between the two. In fact, there only seems to be fondness and respect. On Instagram, Paper Magazine shared an appreciation post in honor of the actor. “Might get fired for this but. F-ck it. Justin Long appreciation post,” the outlet wrote alongside a series of throwback photos of the actor.

In an exchange captured by Comments by Celebs, Barrymore commented, “Your [sic] not wrong! He’s great.”

The 41-year-old actor then replied to the 50 First Dates actress, “ah what do YOU know?! I feel like I’m on an episode of This Is Your Life #HipMillenialReference texting you a great photo booth pic I just found during my quarantine clean!”

Long also thanked Paper Magazine for showing him love. “Whoa! This was such a nice unexpected thing to read (I’m afraid to read the comments though haha). THANK YOU. Really. #PaperMagAppreciationComment!” he wrote. 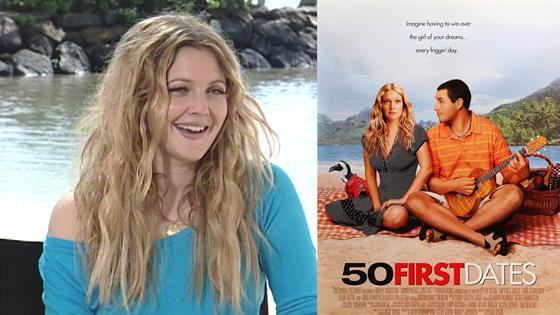 Most recently, in September 2018 an E! News source shared that the former couple had “been talking more” following Long’s breakup from CHVRCHES artist Lauren Mayberry.

“They are both single and they are spending time together […] that all it is for now,” the insider shared. “[Drew has] a fondness for him and he’s always been in her life even if they weren’t a couple.”