Dylan Dreyer is a doting mom to three young sons and shared the sweetest update on social media at the start of the week.

The Today star has been making the most of her extra day at home after leaving Weekend Today, and had a lovely time with her boys over the Memorial Day Weekend.

Documenting the precious moments on social media, the TV personality shared several snapshots of her children Calvin, Oliver and Rusty, including a cute photo of them playing on a mini trampoline, and another of Rusty sitting up in his highchair wearing a sweet T-shirt that had the slogan ‘Today’s forecast’ – in reference to Dylan’s job on the NBC daytime show.

In the caption, the proud parent wrote: “Well the boys sure had a fun weekend! Let the summer games begin!!”

MORE: Dylan Dreyer in awe as she marks incredible achievement: ‘Pinch me’

Fans were quick to comment on the post, with one writing: “So beautiful, lovely photos,” while another wrote: “They are so beautiful. You’re such a good mama.” A third added: “Looks like a fun weekend! Oh my goodness, Rusty looks just like his mama!”

Dylan shares her sons with husband Brian Fichera, and the family live in New York City, close to the Today studios.

The star has been a familiar face on Today for many years, first starting out as as weekend host before moving to the Third Hour, where she hosts alongside Al Roker, Sheinelle Jones and Craig Melvin.

She made the difficult decision to step back from her weekend hosting duties earlier in the year, shortly after welcoming her third child, Rusty.

Dylan bid an emotional farewell to the program in a heartfelt Instagram post, writing: “Nearly 10 years ago, my life changed completely. I moved to NYC to begin the best job ever, got married, and had 3 boys.” 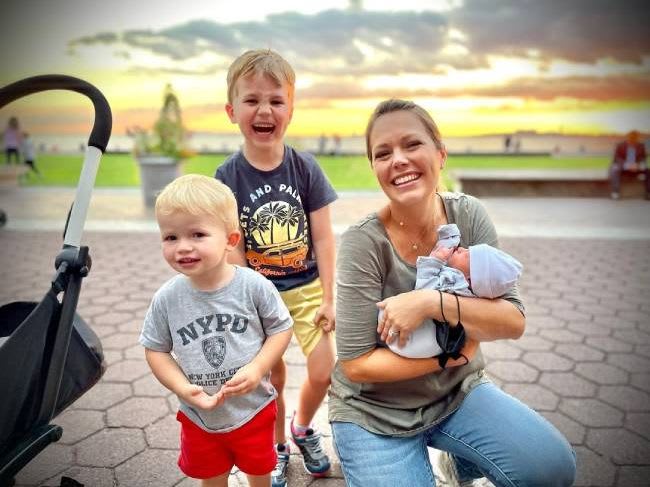 The Today star is a doting mom

She continued: “Today I’m saying goodbye to my Weekend Today family since working 6 days a week with 3 kids 5 and under is next to impossible.

MORE: Dylan Dreyer invites fans on special date with husband as they open up about family life

MORE: Dylan Dreyer thanks fans for support as she makes huge career announcement

“I’m so grateful the weekend team took a chance on me all those years ago and gave me the opportunity of a lifetime.”