Flavor Flav scoffs at the notion Chuck D had any right to fire him from Public Enemy … because he says there’s NO GROUP if one of them is MIA.

We got FF hangin’ in Vegas Wednesday night and he could not have been clearer … Chuck D can’t fire him from the famed group or vice versa … ’cause he insists they’re both equal partners. 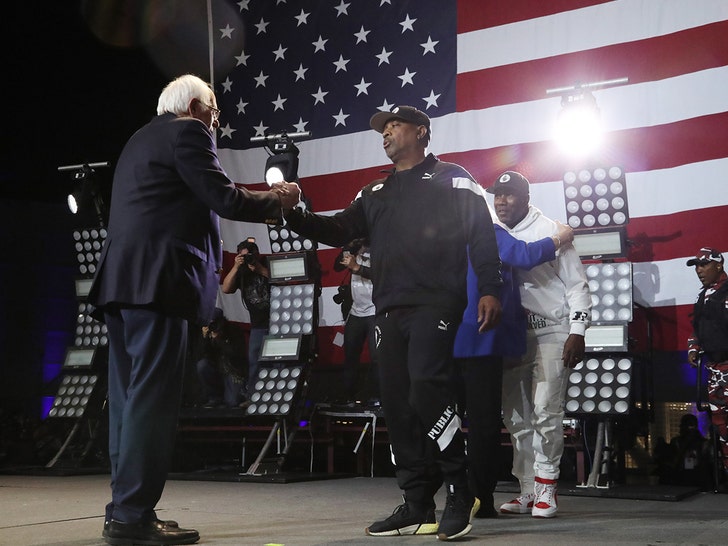 What’s more … Flav says the group can only be called Public Enemy when both are onstage together. Flav’s adamant … if he or Chuck D are missing, it’s NOT Public Enemy.

Watch the video … Flavor cops to throwing a fit when he saw Public Enemy Radio was announced to perform a Bernie Sanders event. Fact is … Bernie advertised the appearance touting Public Enemy Radio … which is an off-shoot of the OG Public Enemy. PER, in the past, has performed without Flav, so nothing new there.

But, that didn’t seem to matter to Flav …. ’cause things got to a boiling point earlier this week, leading Chuck D to announce Flav’s been ousted from the group. 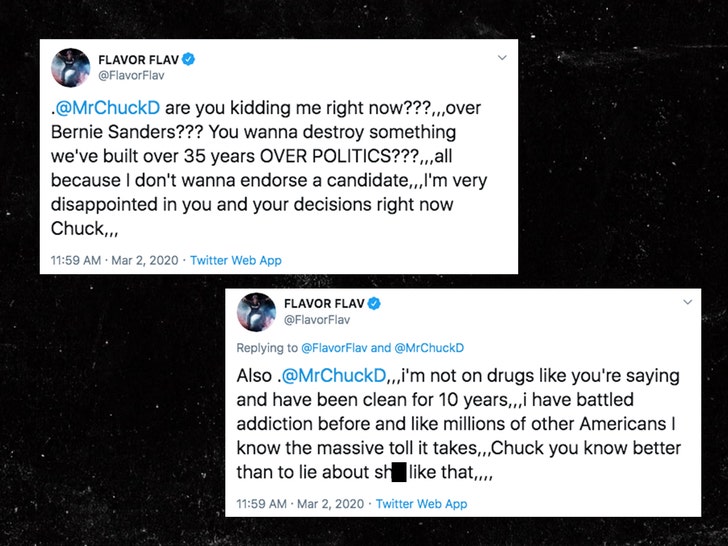 Flav shot back saying in a Twitter rage saying he couldn’t believe Chuck D wanted to “destroy something we’ve built over 35 years OVER POLITICS???”

For now, Flavor Flav says he’s been trying to get Chuck D on the horn to put this mess to bed but so far no word back. Until then, FF suggests a name for Chuck D’s group sans Flav.