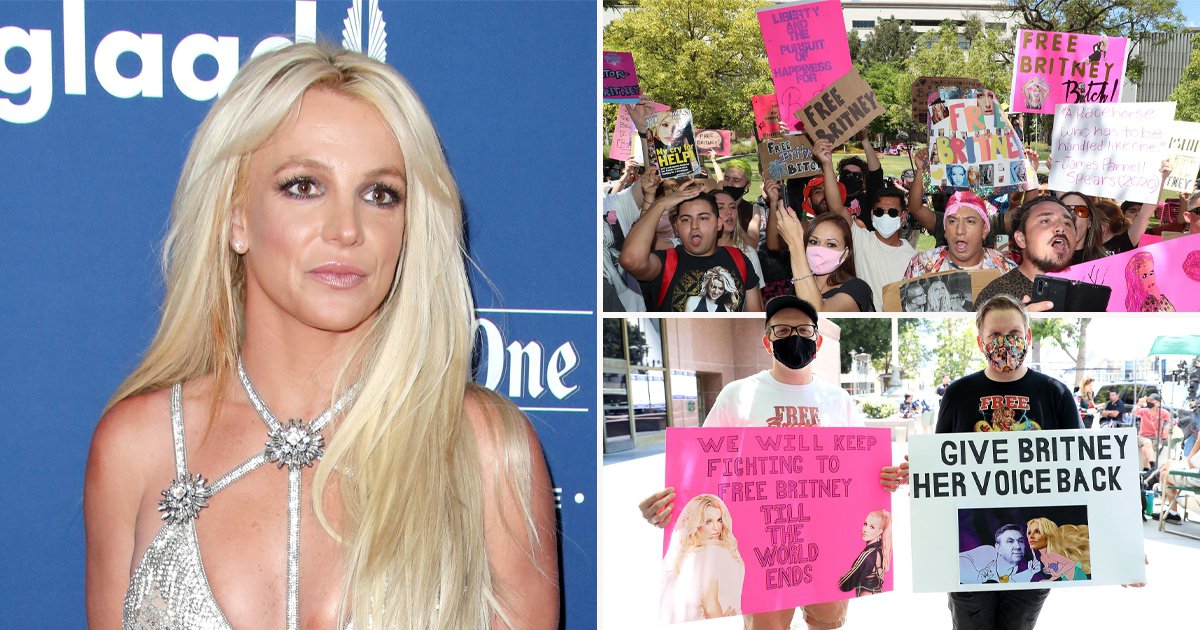 Britney Spears is feeling ‘grateful’ for the continued support of the #FreeBritney movement as it’s revealed that the star pays close attention to the fan campaign against her conservatorship.

The 39-year-old has been living under a conservatorship since 2008, when she was hospitalized due to concerns about her mental health, with her father Jamie put in charge of her personal affairs and finances.

Wednesday saw the pop superstar make a rare appearance in court where she detailed her struggles under the conservatorship, which she branded ‘abusive’, before pleading with the judge to put an end to her ordeal.

The candid statement saw the Everytime singer confirm many theories that had led members of the Free Britney to campaign against her conservatorship since it was first put into place.

Now a source close to the hitmaker reveals to Metro.co.uk that the singer has been playing close attention to the actions of her fanbase and is grateful for their continous support.

‘She is very, very grateful to the fans,’ the insider explains ‘She has been engaged with the #FreeBritney Movement as much as she possibly can when it comes to following it online and knowing what her fans are doing. She absolutely watches everything, every single thing.’

The source says that the singer previously expressed her thanks to her passionate fans through a statement shared by her attorney, Samuel D. Ingham III, in Septemeber 2020.

Ingram wrote: ‘At this point in her life when she is trying to regain some measure of personal autonomy, Britney welcomes and appreciates the informed support of her many fans.’

The insider states that the star’s loyal supporters even ’email her attorney all the time with information’, adding: ‘She is forever impressed by the incredible documentation that all of these fans put together.’

Indeed, hours before she delivered her groundbreaking testimony, Britney’s boyfriend – Sam Asghari – even shared a picture of himself wearing a top with the Free Britney slogan painted on it.

Wednesday’s hearing left fans and those involved in the movement were stunned as Britney could be heard saying that she ‘cries every day’ and is ‘so angry’ about the way she is being treated under the conservatorship.

The source explains that after making her bombshell statement, the singer was left feeling ‘like a million pounds had been lifted off her shoulders’.

The insider explains: ‘She was nervous the day before the hearing because she knew the whole world would be listening.

‘Her fear had been that people would make fun of her if they knew the truth so she is happy that people around the world have been so understanding and supportive.’

The source adds: ‘Britney felt she had one shot at addressing the judge, and for the world, to hear what she had to say, so she jumped in the deep end.

‘She made it clear exactly what she was uncomfortable with, and why. She told the judge that she wants to be able to choose her therapist, to be able to get married and to have another child. Britney is feeing hopeful that there will be a change.’

Another hearing is expected to take place in July regarding Britney’s request to end the conversatorship order without evaluation.