Who says staying friends with an ex is hard? Jennifer Aniston and Brad Pitt may not have made it all the way as a married couple, but their friendship is still strong to this day.

The Friends alum, 52, teamed up with her former husband, 57, in September 2020 for a virtual table read of 1982’s Fast Times at Ridgemont High, and later reflected on the experience. Aniston and Pitt played love interests Linda and Brad, respectively, during the charity event — and fans instantly clocked their easy chemistry.

“It was absolutely fun. Brad and I are buddies, we’re friends,” the Morning Show star said during the Wednesday, June 23, episode of The Howard Stern Show. “And we speak, and there’s no oddness at all, except for everyone that probably watched it and was wanting there to be, or assumed there to be.” 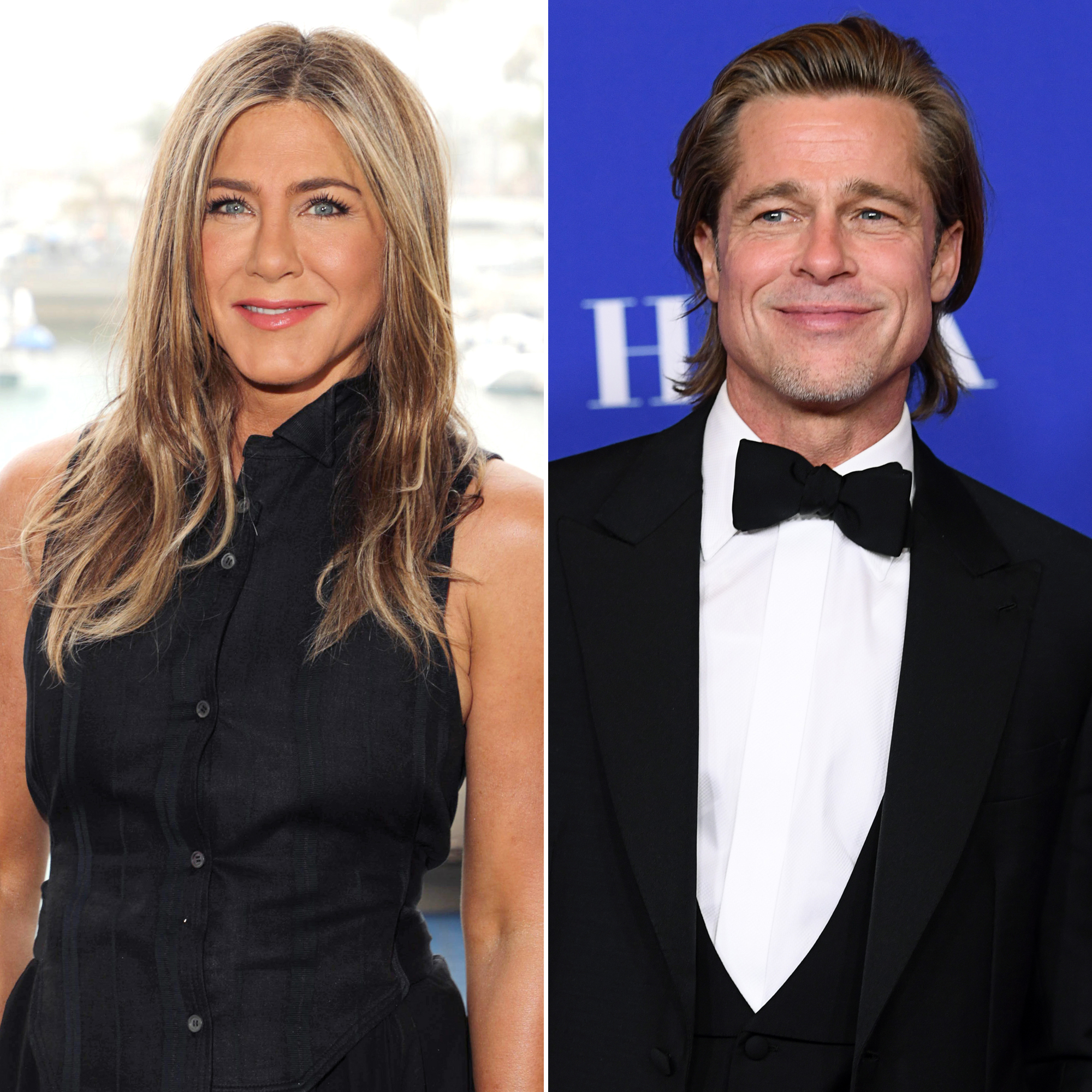 Aniston “had fun” reconnecting with the Once Upon a Time in Hollywood actor, but the best part was doing it all “for a great cause,” she said. The event raised money for two different organizations, Sean Penn‘s emergency relief organization CORE and criminal justice nonprofit Reform Alliance.

To kick off the event, the pair shared a playful moment, with the Fight Club star simply referring to his ex-wife as “Aniston.” She quickly responded with, “Hi, Pitt,” before later calling him “honey.”

While fans were buzzing about the interaction, a source told Us Weekly at the time that the exes “were a little nervous” to join forces, but both “enjoyed themselves” during the livestream.

Celebrity Exes Who Worked Together After the Breakup

Dane Cook, who hosted the virtual event, said the duo behaved like total pros. “It was truly spectacular,” he said on Bleav Podcast Network’s “On the List With Brett Gursky” podcast in November 2020. “People wanted to see those people together, right? … It felt like a real nice, joyous occasion. A lot of laughs. … They’re pros. They’re pals. They just came to play. … They both just loved the content.”

The Just Go With It star and the Troy actor were married from 2000 to 2005. After calling it quits, they each moved on with different people, with Aniston marrying Justin Theroux in 2015 and Pitt exchanging vows with Angelina Jolie in 2014. Both couples have since split.

Fast Times at Ridgemont High wasn’t the first time Aniston and Pitt have sent fans into a frenzy. In January 2020, the duo nearly broke the internet when they were spotted together backstage at the SAG Awards. While some are still rooting for the iconic aughts couple to rekindle their old flame, an insider told Us the pair are strictly platonic.

“There’s nothing romantic going on between Brad and Jen and they actually think it’s hysterical that fans are so obsessed with them getting back together,” the source noted in February 2020. “Jen is having the time of her life right now. She’s satisfied with her work and personal life.”