The gang’s all here! Hannah Brown and Tyler Cameron shared a new photo together on their joint TikTok account amid rumors that they are dating again.

The Bachelorette alums posed alongside the model’s brother Ryan Cameron, best friend Matt James (who has been cast as a contestant on Clare Crawley’s upcoming season) and seven other friends on a boat near the Cameron family’s native Jupiter, Florida. It is now the profile picture on the TikTok account for the former couple’s “quarantine crew,” which they started in the midst of the coronavirus pandemic.

So far, the group has only uploaded one video — but it quickly went viral, amassing 370,000 views and counting since Tuesday, March 17. The clip began with Tyler, 27, Ryan, James and another friend dancing shirtless outside to Megan Thee Stallion’s song “Savage.” Brown, 25, and three other women then cut into the frame and performed a choreographed dance for the camera. 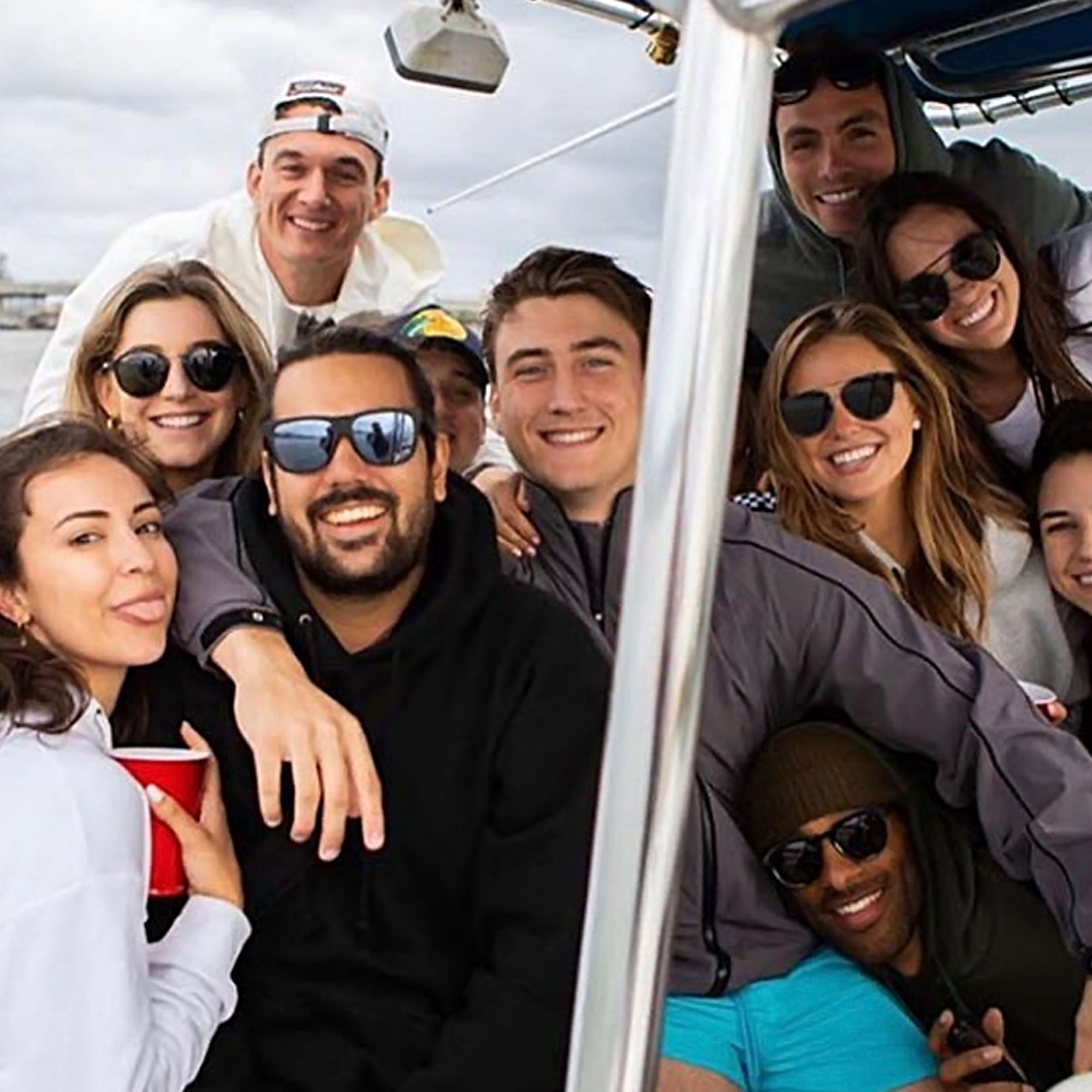 Brown and Tyler also have their own individual TikTok pages, where she has posted two videos so far and he has shared 18.

The reality stars reconnected earlier this month after the Alabama native flew to Florida to attend a celebration of life for Tyler’s mother, Andrea Cameron, who died at age 55 on March 4 after suffering a brain aneurysm. A week later, Brown and Tyler were spotted hugging outside an airport in Palm Beach, Florida.

While the pair have yet to publicly comment on the current status of their relationship, they have continued to hang out every day amid the coronavirus outbreak. The former pageant queen even worked out with the general contractor’s personal trainer, Phil Fit, on Tuesday. 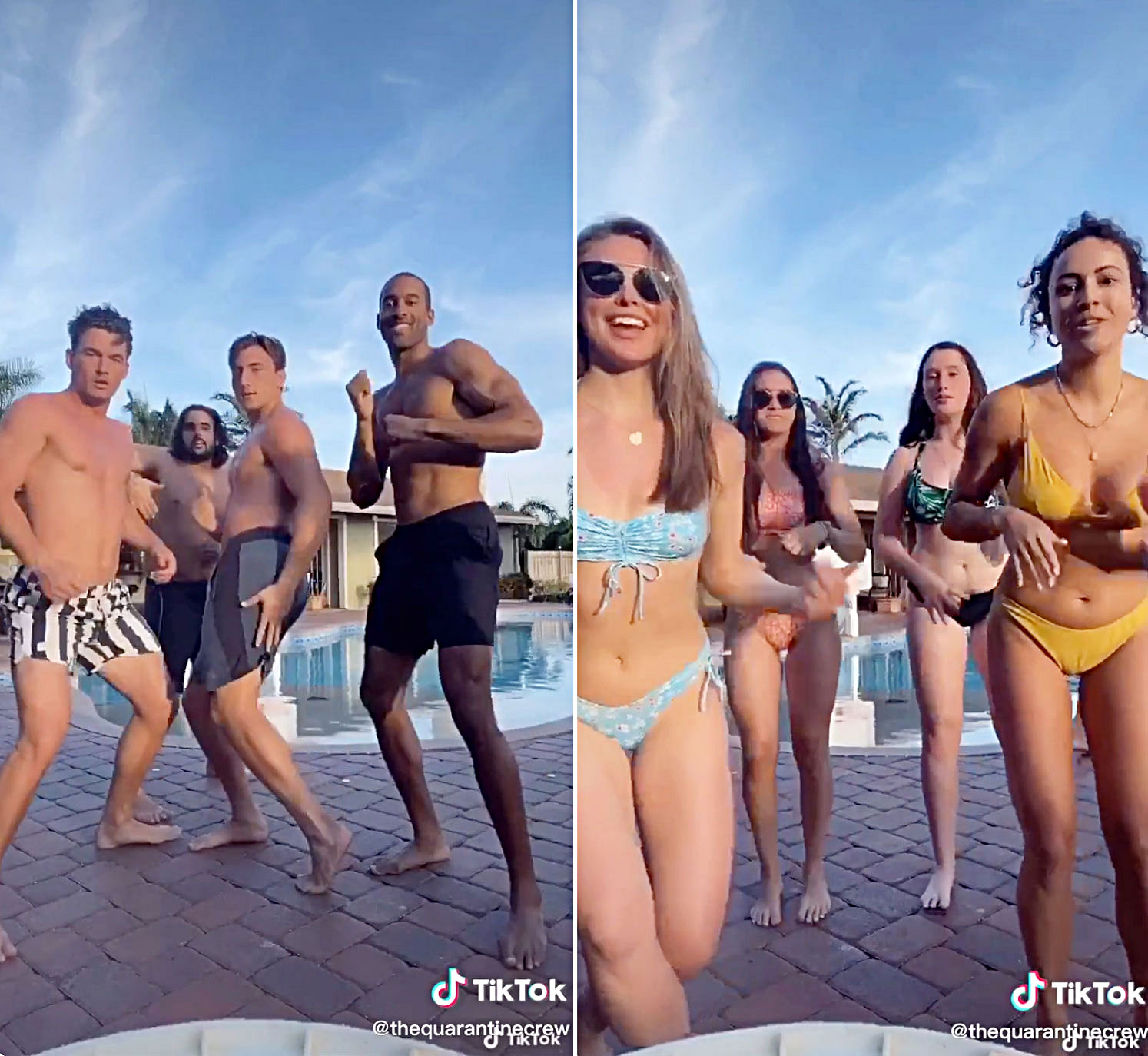 “She is pretty competitive in the gym,” a source told Us Weekly exclusively. “She did a workout with Phil in the sand and seemed to be in high spirits. She smiled a lot and enjoyed the workout.”

Hannah’s father, Robert Brown, has weighed in on her relationship with Tyler too. He wrote in an Instagram comment on Wednesday, March 18, “These two do get along very well together.”

The ABC personalities met in 2019 while filming Hannah’s season of The Bachelorette. Tyler finished as the runner-up, but he briefly rekindled his romance with the Dancing With the Stars champ after she called off her engagement to Jed Wyatt. He later dated model Gigi Hadid for nearly two months.

Given the constantly evolving nature of COVID-19, Us Weekly wants our readers to have access to the most accurate resources. For the most up-to-date coronavirus information, guidance, and support, consult the CDC, WHO, and information from local public health officials. If you’re experiencing coronavirus symptoms, call your primary care provider for medical advice.