Holly Willoughby, 39, who has been married to Daniel Baldwin for 13 years, has told the nation how her husband “is doing his best” at home with their three children while she continues to come into work. The TV star thanked her spouse for “keeping the house going”.

I love you very much.

In a candid video, Holly gave Dan a much-deserved shoutout for all his recent efforts for ITV’s mental health campaign, Britain Get Talking, which was launched by ITV favourites, Ant McPartlin, 44, and Dec Donnelly, 44.

Holly told her viewers and spouse on the video: “Well I wanted to give a shoutout to my husband Dan today because I’m coming to work and he is at home with the kids.”

The Dancing on Ice host then went on to list the things Dan has been doing and how grateful she is. 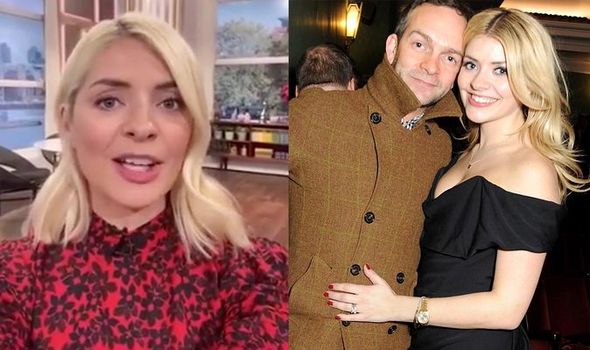 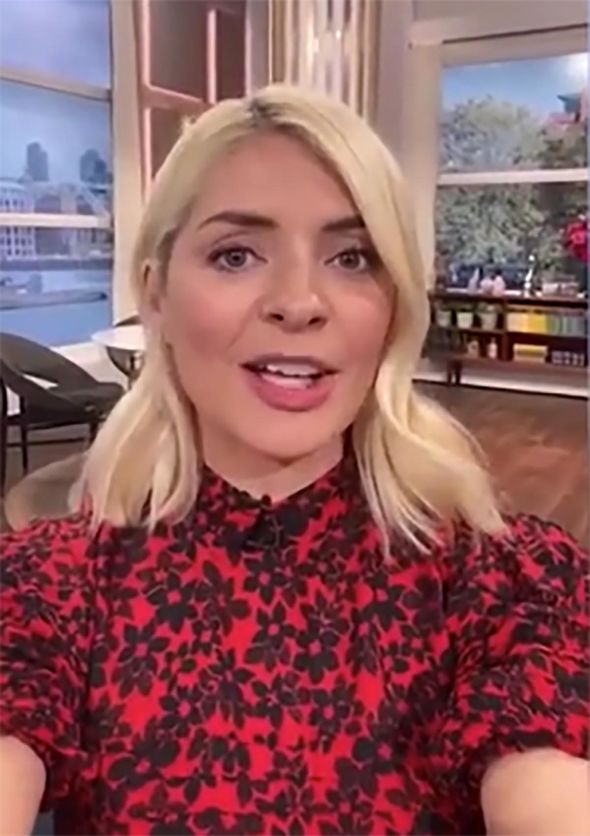 The mother-of-three then concluded: “So big shout out to you Dan, I love you very much.

While Holly paid the emotional tribute to Dan, her co-host Phillip Schofield, 58, also thanked his mother, who he says remains “resilient and funny”.

“I want to say thank you to my mum for coping. 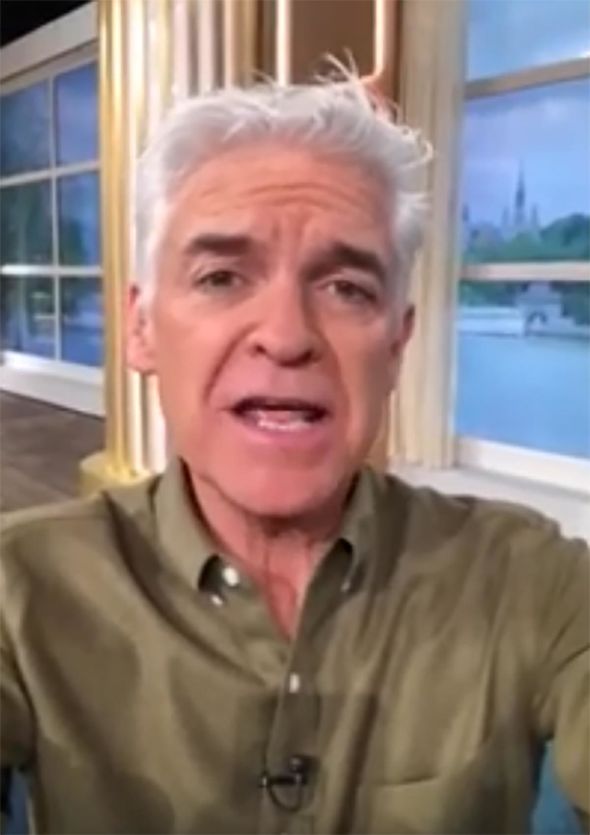 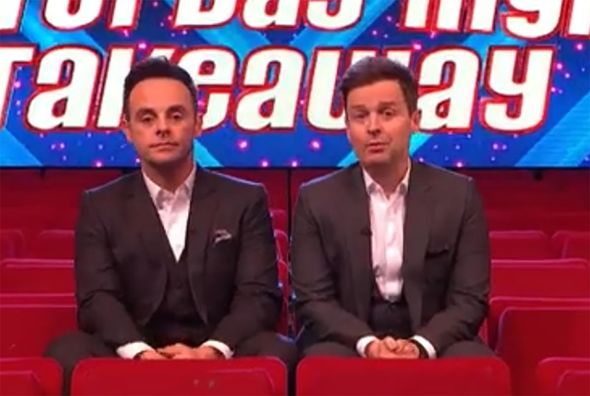 “She has been locked down on her own, in Cornwall, now getting food delivered to just outside her front door and then going out and picking it up when it’s been left behind,” Phillip continued.

The presenter then went on to reveal that they’ve been FaceTiming during this uncertain time.

He added: “She’s not complaining, she’s being resilient, being funny, we’re FaceTiming and she seems to be coping incredibly well.

“So I just want to say thank you mum. Thank you for grinning and bearing it and being such fun.”

Phillip then concluded his video with: “And let’s not forget to keep Britain talking.”

In the campaign’s first appearance, Saturday Night Takeaway host, Dec, said: “In the last 15 years there has been a staggering 48 per cent rise in anxiety and depression among British children.

“But something as simple as talking together and listening to each other can build our mental wellness.”

Ant also spoke out about the campaign as he added: “We all know that these days there are more distractions than ever, because we are looking at the telly or we’re looking at our phones.

“But, it’s so important for our mental well-being to remember to get together with people we care about and talk.”

Soon after Ant spoke about the importance of talking about people’s mental health, Dec joked with Britain’s Got Talent judge, David Walliams: “The hardest thing was keeping David Walliams quiet for a moment.

“Seriously though, just taking time to talk with your nearest and dearest can really make a difference, especially for young people, so please make sure tonight is just the start.”

Britain Get Talking supported by YoungMinds and Mind is part of ITV’s Campaign for Mental Wellness.