This Morning star Holly Willoughby, 39, was joined by her co-star Phillip Schofield, 57, as the duo presented a baby segment. The mum-of-three couldn’t get over how cute the babies were as she cooed over the young infants.

But she has previously confessed that she is “always broody” for a fourth child.

As the instructor laid her baby onto the mat, she attempted to show viewers how to take part in an exercise with their babies.

Holly and Phillip could be seen smiling at the group of babies, as the instructor performed a push-up. 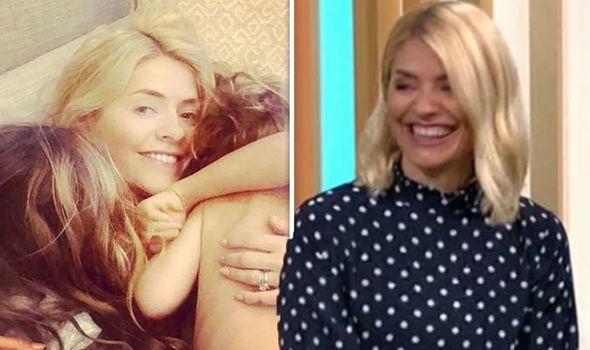 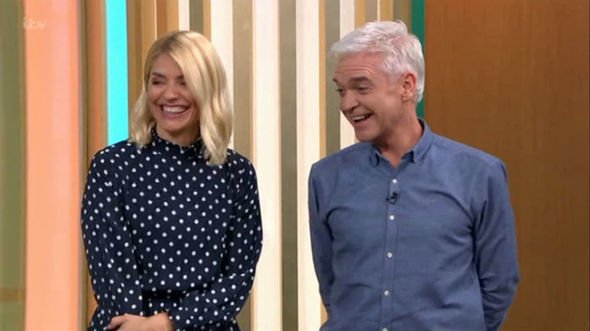 The blonde beauty could be heard saying, “Awww” as she gushed over the little ones on the mats.

She then quizzed the instructor on the importance of taking “little steps” with your baby each day, when it comes to exercising.

The instructor replied: “Yes, little steps. If you can get five to 10 minutes and also connecting with your little one.”

Holly previously admitted she is “always broody” and would love to have another baby. 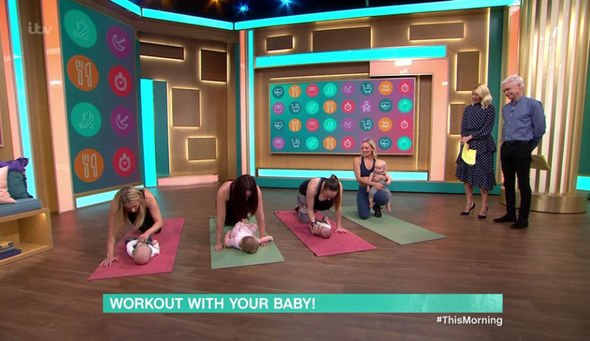 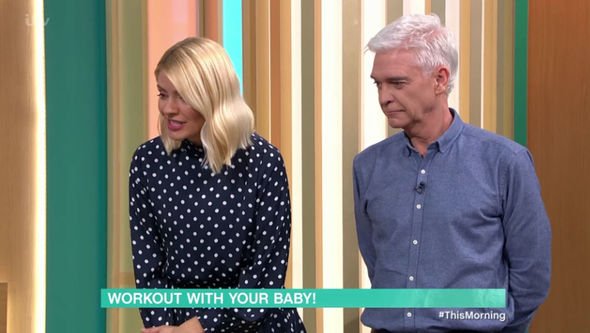 “Part of me wants another baby but part of me thinks that’s not a good enough reason! I’ve almost decided not to…but not quite.”

The ITV favourite previously said she had always planned to be a stay at home mum, but her career got in the way.

She said: “All I ever wanted to be was a mum, and to not be there at home wasn’t something I planned.

“But I had the kids younger than I’d thought I was going to, and also I didn’t realise that I’d be loving what I do as much.

“So you make these plans, but until you’re living that life you just don’t know, and you can only go with how you feel at the time.”

Elsewhere, Holly opened up about her feelings of not wanting her children to follow in her footsteps into showbiz in a candid interview, saying she would prefer for them to make their own decisions when it comes to their career paths.

She revealed her eldest son is into playing sports whilst her daughter Belle loves loves “writing stories”.

Speaking to Daily Star TV’s Life magazine, Holly went on: “Harry is massively into football, so I think he’s going to be sporty in some way. He loved the World Cup this year and he’s a big Arsenal supporter.

“Belle is bright and her imagination is amazing and she loves writing stories and disappearing into her own little world so maybe something creative. I don’t really mind what they end up doing.”

Holly is a regular face on primetime show This Morning and also co-hosts ITV2’s Celebrity Juice alongside Keith Lemon.

This Morning airs weekdays at 10.30am on ITV.