Jake Gyllenhaal and Jeanne Cadieu enjoyed a date night at the Vanity Fair After-Party and look so glamorous together in red carpet photos.

Jake Gyllenhaal, 40, and his girlfriend Jeanne Cadieu, 26, enjoyed a rare red carpet appearance together at the Vanity Fair Oscar Party on March 27. The couple posed side-by-side at the Wallis Annenberg Center in Beverly Hills after the 2022 Academy Awards, where Jake presented “Best Original Song” with Zoe Kravitz. At the afterparty, Jake and Jeanne — who have been dating for around four years, but usually keep their romance out of the spotlight — looked absolutely gorgeous together in their respective high-end outfits. 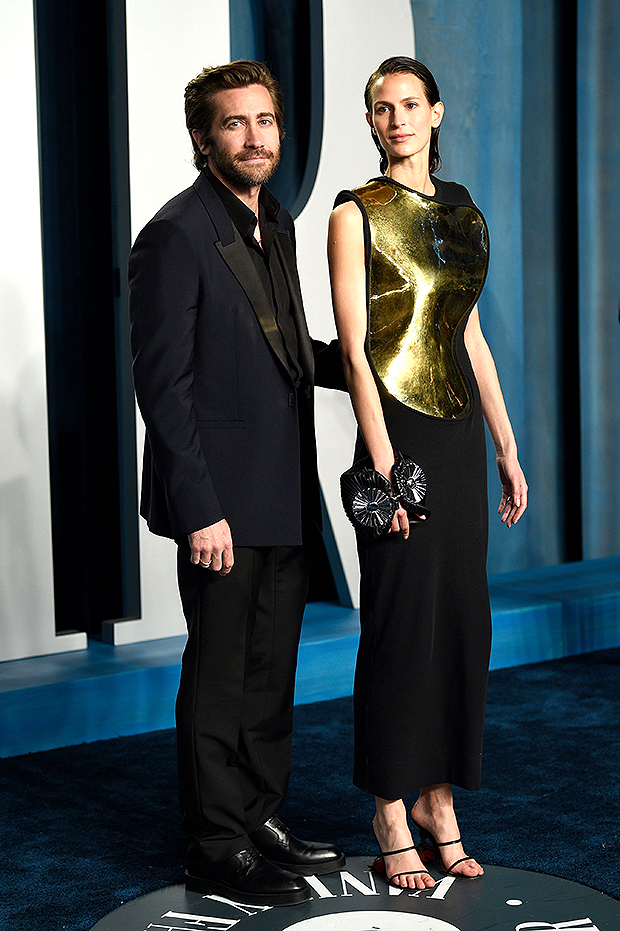 The Brokeback Mountain Oscar nominee was dressed in a black tuxedo. Jake showed some skin by unbuttoning the top collar of his undershirt. He finished off his dapper look with a pair of black loafers. Jeanne, meanwhile, stunned in an odd-shaped dress that definitely made her stand out on the red carpet. Jeanne’s gown was black with a gold piece that looked like armor on top. She also rocked a large black bracelet that seemed to be metallic, as well as a pair of black strapped heels.

It’s not often Jake and Jeanne are together at major Hollywood events. In fact, Jake walked the red carpet of the main ceremony completely solo. Once the Oscars wrapped up, Jake met up with his girlfriend and they arrived at the Vanity Fair Afterparty together in style. 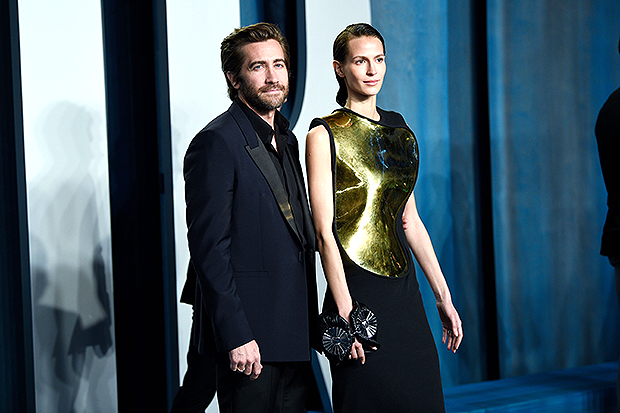 Jake first sparked romance rumors with his model girlfriend Jeanne back in 2018, but it wasn’t until the 2021 Tony Awards that the couple made it red carpet official. More recently, Jeanne was by Jake’s side on the red carpet for the premiere of his sister Maggie Gyllenhaal’s latest movie The Lost Daughter on Sept. 29. On week later, Jake appeared on The Howard Stern Show and hinted that he and Jeanne are ready for the next steps in their relationship.

“All I want is to be a good husband and a father…That really is what I want,” Jake told Howard Stern. “And now that I have fulfilled a lot of things in my career that I feel comfortable with, I can safely say that. I don’t know if I could have said that before.” He also said about Jeanne, “I love her so much. She’s such a good person.”