James Jordan, 41, and Ola Jordan, 37 have unveiled their baby daughter’s name after they brought her into the world, which they originally “never thought would happen”. The former Strictly Come Dancing pro revealed that being a father has changed his perspective on the world.

We didn’t have a name for the first week.

After welcoming their first child into the world last month, the former Strictly professional dancers have now revealed their baby daughter’s name.

Excited to announce her baby girl’s name to the world, Ola, told Hello! Magazine that they have only just started calling her by her name.

She said: “We didn’t have a name for the first week – she was just Baby, our little munchkin.”

The new parents revealed that their baby daughter is called Ella, and was born on February 27. 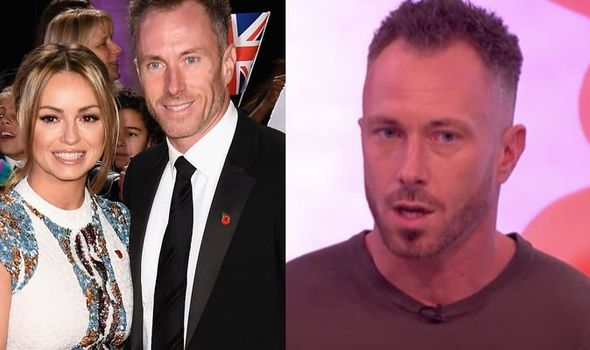 While opening up about life as new parents after their journey with IVF for three years, James admitted that the couple never thought it would happen for them.

The Dancing on Ice champ told the publication: “It is all the more special because it’s something we never thought would happen.

“Our trophies and accolades fade into the background.”

James, who won last year’s series of Dancing on Ice, went on to say that being a father with Ola has changed his perspective of the world.

She’s here and she is perfect#mummy

He added: “This is the best moment of our lives, without a shadow of a doubt.

“Ola has given me the most precious gift. It’s totally changed the way I see the world.”

Ola, who quit Strictly Come Dancing in 2015, also reflected on being a first-time mum and said it has been “amazing and overwhelming”.

She said: “It’s been amazing and overwhelming at the same time.

“We’ve wanted this for so long. We had a lovely life, but this is making us feel so much happier than anything else we have done.”

“Nothing in our careers measures up to this. It feels perfect,” the dancer continued.

Soon after baby Ella was born, Ola and James both shared the very first pictures of their daughter on Instagram.

Ola wrote to her 280,000 followers alongside a snap of baby Ella’s fingers holding her thumb: “She’s here and she is perfect #mummy.”

Following in his wife’s steps, Jordan also shared the news on his Instagram page as he revealed he was “the happiest man in the world,” to his 202,000 followers.

James recently expressed his concerns over discovering groups of “young kids” socialising outside during the nationwide lockdown.

He posted on Twitter after he popped to the shop to stock up on his essentials: “I was shocked to see how many young kids out on bikes etc and congregating in groups.

“I blame their parents, obviously either thick or they don’t love their children #StayHome,” the star continued.