Jeremy Clarkson has reached out to five-year-old Harry Clare after thieves stole the contents of an honesty stall he runs at his parents’ glamping site.

The five-year-old boy was left in floods of tears after discovering the soap and lip balm made by his mother, Rosie, as well as the contents of an honesty box used by customers to pay for the goods had been swiped overnight.

After hearing about the heartbreaking tale on Thursday, the Grand Tour presenter, 60, vowed he would reimburse Harry for the loss. 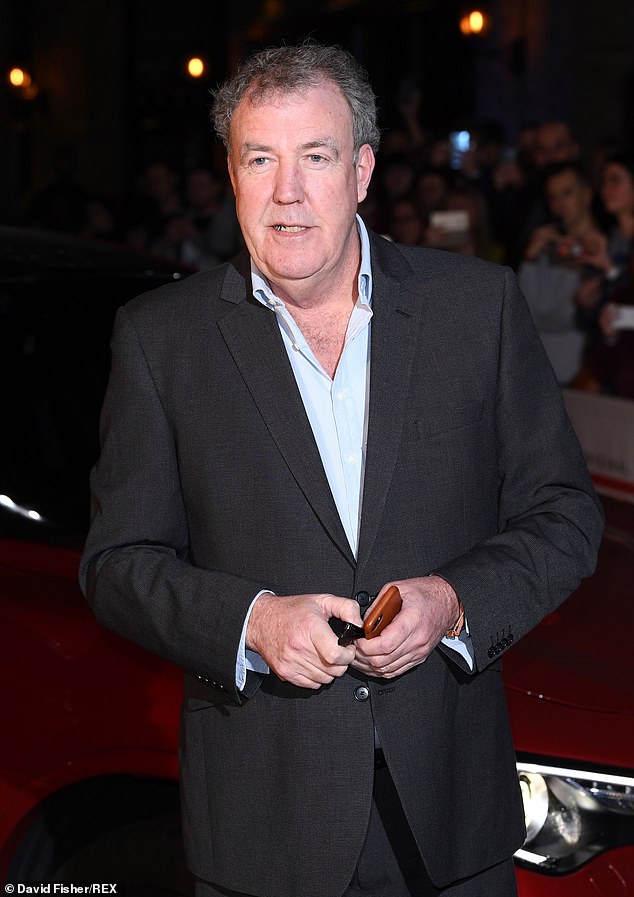 Kind gesture: Jeremy Clarkson offered to reimburse five-year-old Harry Clare on Thursday, after thieves stole the contents of his honesty box stall and left him in tears

Taking to Twitter to reach out to Harry, Jeremy wrote: ‘I will make good all that was lost. Please get in touch. And then let’s feed the thieves into a combine.’

Harry, who also sells eggs and goats milk at the stall, restocks each morning before school when he also retrieves any takings which have been left in the honesty box beside a price list.

But when the youngster went to check his stall on Tuesday he found only his table and a sign left.

Doing his part: After hearing about the heartbreaking tale, Jeremy took to Twitter to say he would ‘make good all that was lost’ 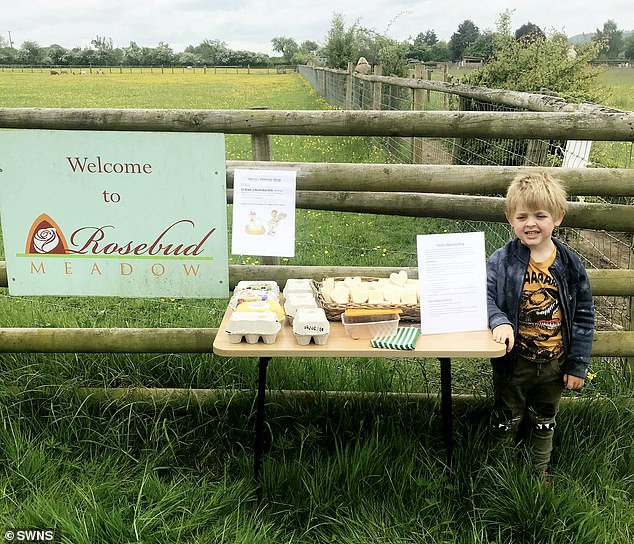 Emotional: Harry was left in tears after discovering the soap and lip balm made by his mother, Rosie, as well as the contents of an honesty box used by customers had been swiped overnight

As well as visitors to the glamping site run by Harry’s parents, the schoolboy also sells to walkers using a nearby footpath, and even accepts PayPal payments.

Harry’s ordeal went viral after auctioneer Phillip Serrell tweeted about the incident, and as a result the schoolboy has become inundated with messages of support and donations from as far afield as New York.

Harry said the thieves’ cowardly actions have not deterred him from becoming a shopkeeper when he grows up.

He said: ‘I lost my shop and feel really sad. I liked making people happy.

‘I still want to be a shopkeeper because I want to sell my mummy’s soap. I’m going to carry on with it.’

His mother said they decided to set up the honesty stall when Harry told her that he wanted to become a shopkeeper after being inspired by a book he read at school. 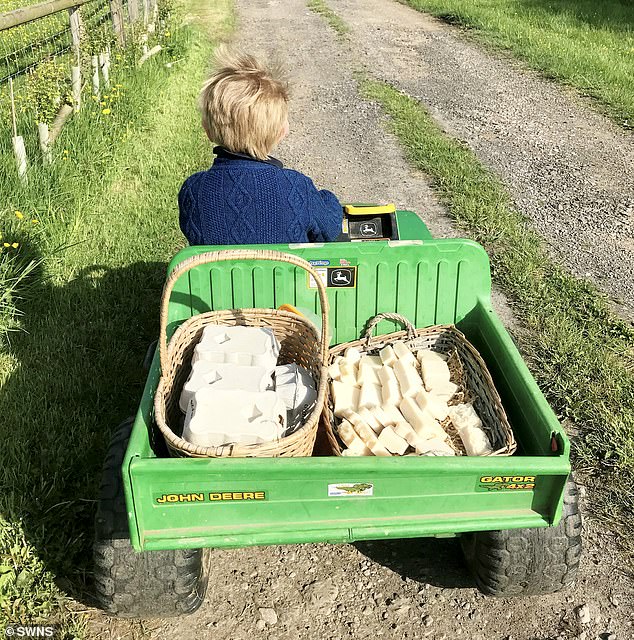 Heartbreaking ordeal: Harry, who also sells eggs and goats milk at the stall, restocks each morning before school when he also retrieves any takings, but found it ransacked on Tuesday