At the most recent Democratic debate between Biden and Bernie Sanders, the former vice president confirmed that he would announce a woman on his ticket. Now, we just have to wait for him to reveal who it will be.

It’s looking more and more likely that, at the 2020 US election this November, the battle for president will be between two white men in their 70s.

Joe Biden, 77, is the favourite to secure the Democratic nomination over his opponent Bernie Sanders, who is 78. (They will be facing off against current president Donald Trump, who is 73.) Despite the fact that a record number of women pledged that they would run in this year’s election, the race is down to a handful of men. Again.

Biden, for his part, has confirmed that he will be choosing a female running mate as his potential vice president. He made the announcement during the most recent Democratic debate, which took place without an audience – on account of the coronavirus pandemic – and with just Biden and Sanders instead of the usual coterie of Democratic nominee hopefuls.

The resulting debate was a staid affair, with Biden’s announcement one of the most exciting things from the night.

“There are a number of women who are qualified to be president tomorrow,” said Biden during the debate. “I would pick a woman to be my vice-president.”

Sanders, for his part, also hinted that he would choose a female running mate if he was given the Democratic nomination. “In all likelihood, I will,” Sanders said. “My very strong tendency is to move in that direction.”

So, who are these women who could be running alongside Biden or Sanders as a potential vice president? Currently, the two top choices are Kamala Harris, who herself was a presidential hopeful before dropping out of the race back in December, and Stacey Abrams, who has expressed her desire to be both Vice President and President one day. According to polling organisation She The People, some 63% of Americans support Abrams as a running mate, with 42% preferring Harris. Other potential names include Amy Klobuchar and Ayanna Pressley. 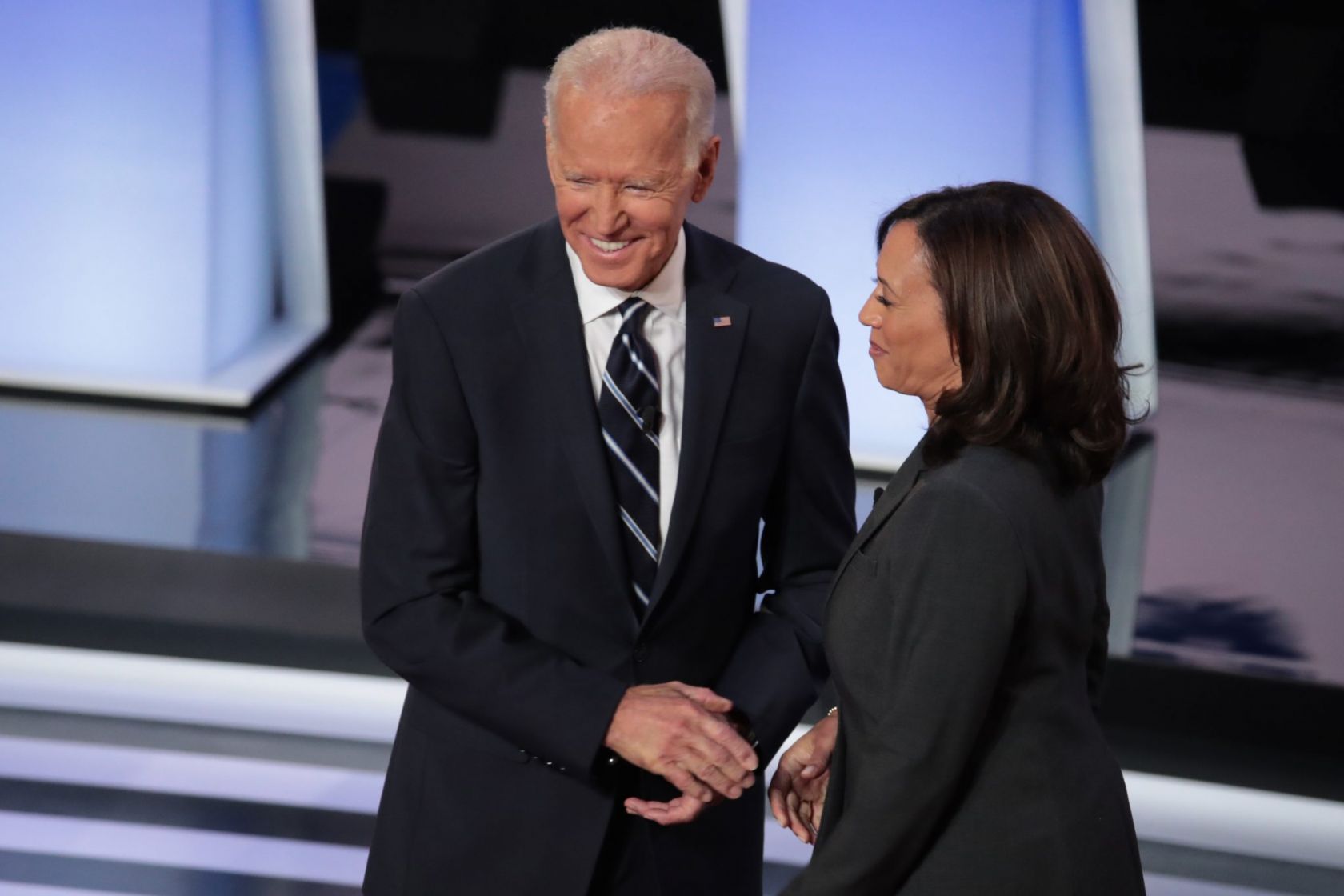 Appearing on The View in February, Abrams addressed her presidential ambitions: “The first time I was on [The View] I got the question about running as VP during the primary, and I apparently famously said ‘no, because you don’t run for second in a primary’. However, because that conversation started, I’m not getting the question a lot from folks and the answer is of course, I would be honoured to run as vice president with the nominee.”

Harris, who has endorsed Biden as her chosen presidential candidate, is the firm favourite to be picked by him to be his running mate. Harris and Biden’s late son Beau were friends when both served as attorney generals (of California and Delaware, respectively), and though Harris and Biden had sparred during debates in the past, the two have a lot of mutual respect.

“Kamala – You’ve spent your whole career fighting for folks who’ve been written off and left behind – and no small part of that alongside Beau. From our family: thank you,” Biden wrote on Twitter in response to her endorsement.

But whoever Biden and Sanders choose – if the latter does pick a female running mate – they could make history.

A woman hasn’t been a running mate on a Democratic presidential ticket in some 35 years. And if they win, she’ll become the first female vice president in American history.