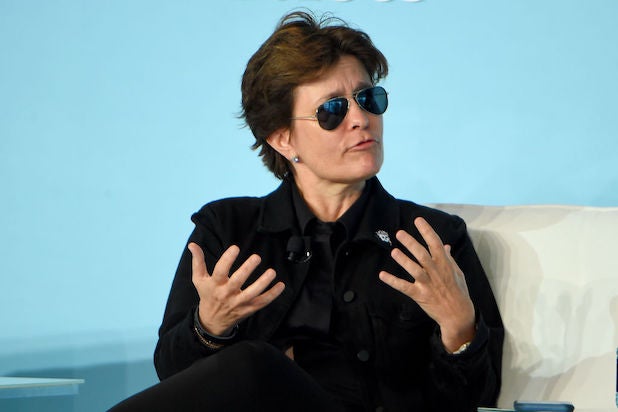 United Talent Agency has signed Recode’s Kara Swisher in all areas, an agency spokesperson confirmed to TheWrap on Tuesday.

Swisher, now the editor-at-large of Recode and a leading tech journalist, co-founded the technology news site in 2014 with Walt Mossberg. The site was acquired by Vox Media in 2015 and has since created multiple off-shoot products, including the popular podcasts “Recode Decode” and “Pivot,” as well as the annual invite-only Code Conference.

Aside from her work with Recode, Swisher is a contributing opinion writer for the New York Times and the author of “There Must Be a Pony in Here Somewhere: The AOL Time Warner Debacle and the Quest for a Digital Future” and “aol.com: How Steve Case Beat Bill Gates, Nailed the Netheads and Made Millions in the War for the Web.” She previously wrote a column for The Wall Street Journal called “BoomTown” and, before that, was a reporter for The Washington Post.