The Cleveland Cavaliers center’s former teammate Jordan Clarkson shared a video on his Instagram Stories featuring a group of people singing “Happy Birthday” to Savas Oguz. The Keeping Up With the Kardashians star, 35, and Thompson, 29, stood next to each other in the kitchen of his Los Angeles home as they held up their phones to record Oguz, 30, blowing out the candles on his cake. In the video, the Canada native appeared to have his arm wrapped around Kardashian as she leaned into his shoulder. 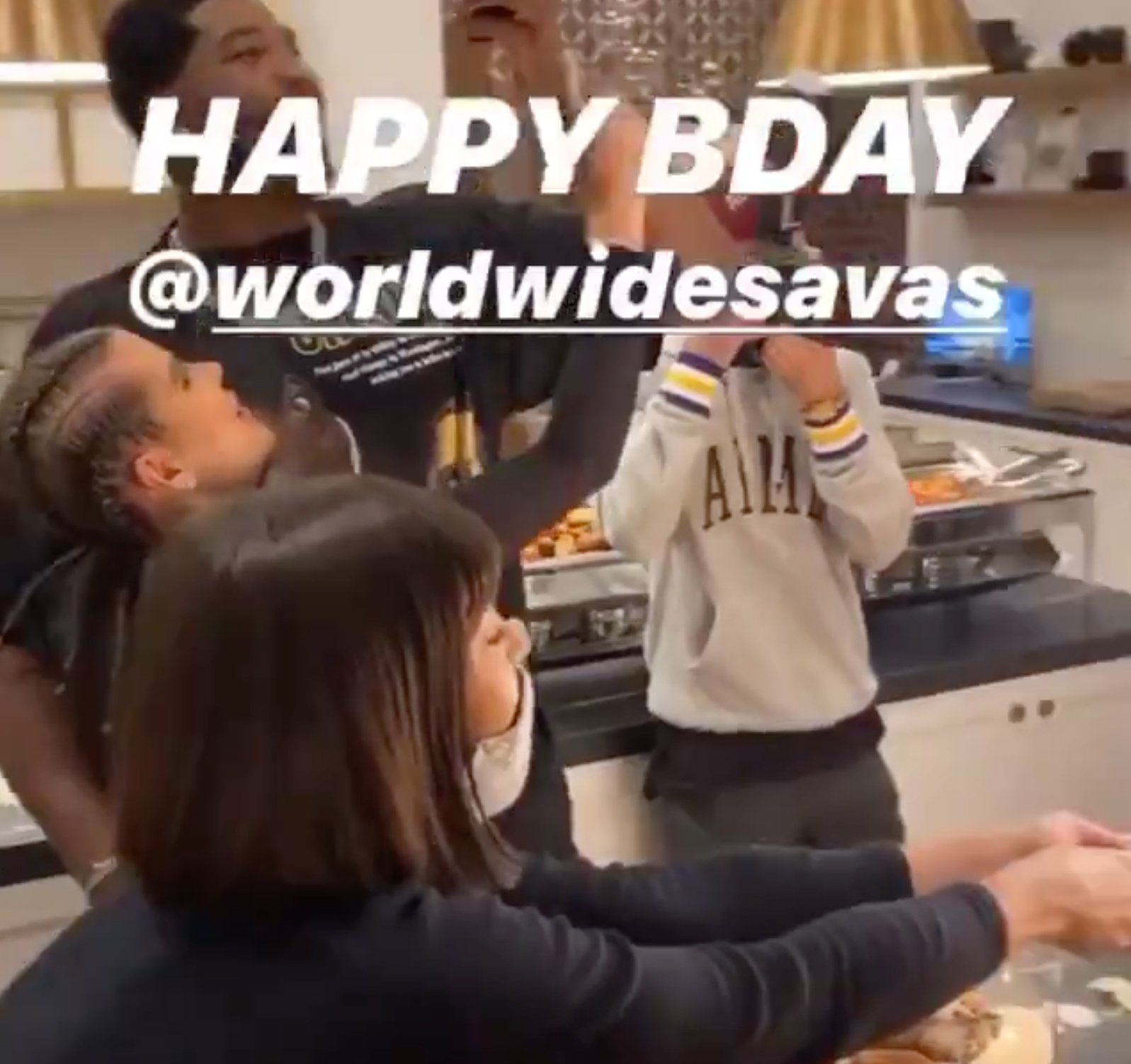 The Revenge Body host and Thompson started dating in September 2016, three months before she finalized her divorce from Lamar Odom. They broke up in February 2019 after the basketball player was caught kissing Kylie Jenner’s then-BFF Jordyn Woods at a house party. Thompson previously cheated on Kardashian with multiple women while she was pregnant with their daughter, True.

Since their split, the former couple have maintained an amicable relationship while raising their now-2-year-old. The NBA star, who also shares son Prince, 3, with ex-girlfriend Jordan Craig, has also made several attempts to win back the reality star, although she has not budged.

“They are happily coparenting,” a source told Us Weekly exclusively in February. “There are no plans for them to get back together.” 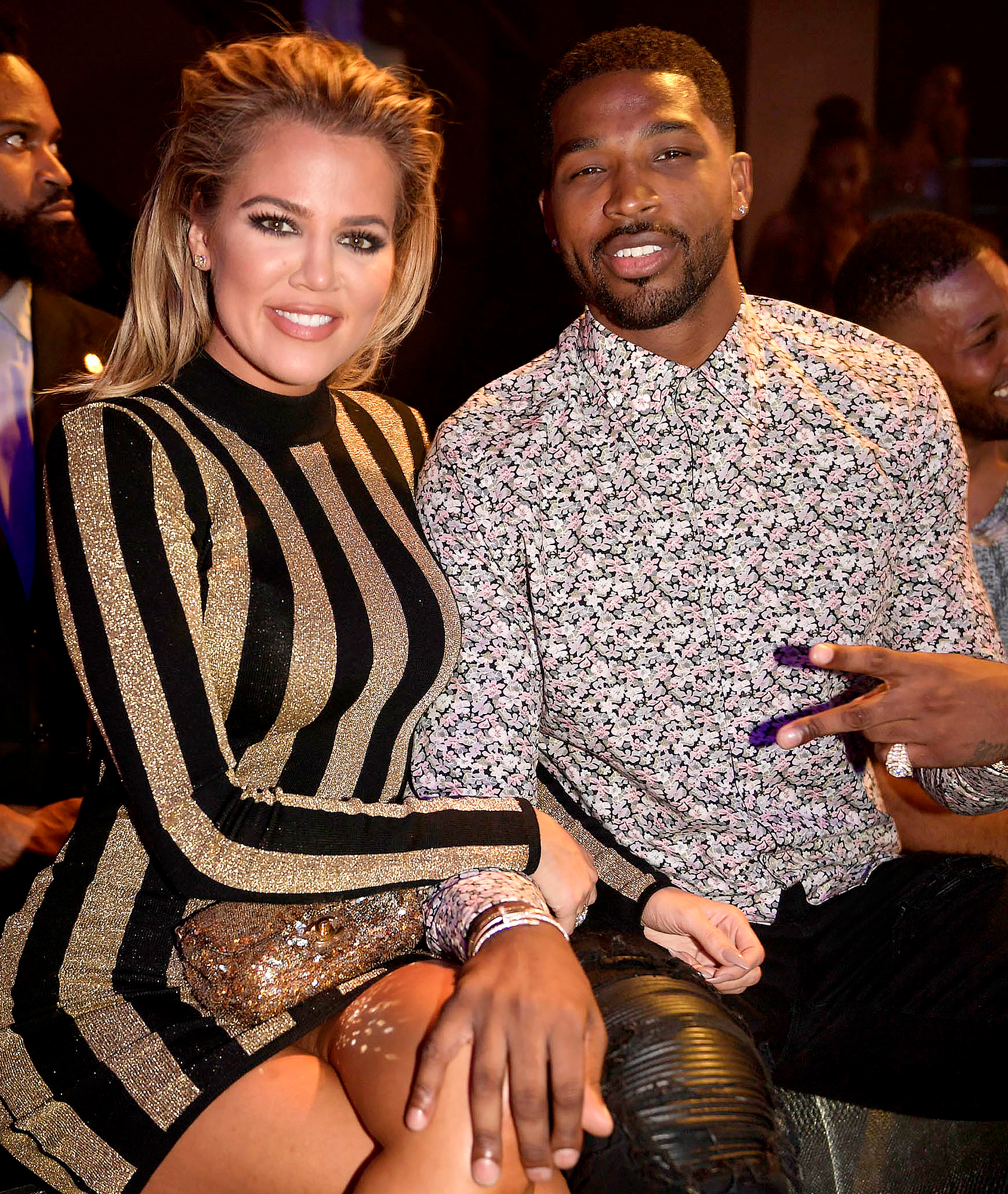 Us broke the news in March that the pair had been quarantining together amid the COVID-19 pandemic. A source said at the time, “Khloé doesn’t have bad or negative feelings toward Tristan at this point. Being quarantined has made her have a soft spot for him, and she knows he will always be part of her life in some way because he is True’s dad. Khloé has been open and receptive toward Tristan.”

A second insider revealed in May that Kardashian and Thompson, who threw a joint Trolls-themed birthday party for True a month prior, were “very much acting like a couple” while self-isolating together.