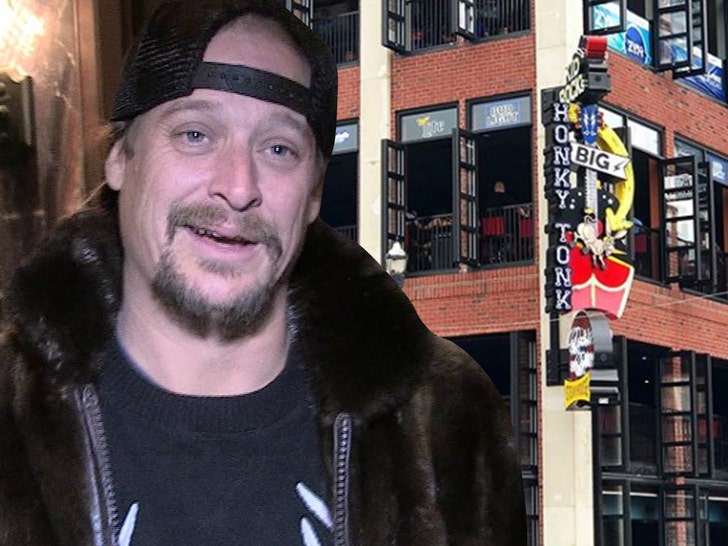 Kid Rock‘s Nashville honky tonk says it will NOT shut down over coronavirus … despite the city’s orders … and Kid’s joint ain’t alone in taking this defiant stand.

Restaurateur Steve Smith — who co-owns Kid Rock’s Big Ass Honky Tonk & Steakhouse — put out a blistering response Sunday to Nashville Mayor John Cooper‘s recent directive that all bars in town close up, and restaurants cut their capacity in half.

The move — which several other cities across the country are starting to implement — is in direct response to the coronavirus pandemic — but even so, Smith is saying … kick rocks to the government.

He says rather matter of factly, “We appreciate the efforts of Mayor Cooper to combat the COVID-19 virus, but unless there’s a statewide mandate that directs all bars and restaurants to be closed, the request made by Mayor Cooper is unconstitutional as he is targeting a select group of businesses.”

Smith adds, “[A] Tootsie’s patron as immediate as last night, mentioned having lived through the polio epidemic and didn’t recall such extreme measures being handed down in history.” He continues, “In response, Tootsies Orchid Lounge, Rippy’s, Honky Tonk Central, Kid Rock’s Big Ass Honky Tonk & Steakhouse and The Diner will continue to remain open to serve the public until such statewide mandate is issued from the Governor of Tennessee.”

Smith’s snub of the Mayor comes after a viral video captured the scene this weekend inside a downtown Nashville bar — the joint was packed with patrons, out and about without a care.

Interestingly enough, Kid Rock himself hasn’t spoken on the issue of closing up yet — even though he co-owns one of the bars threatening to stay open.