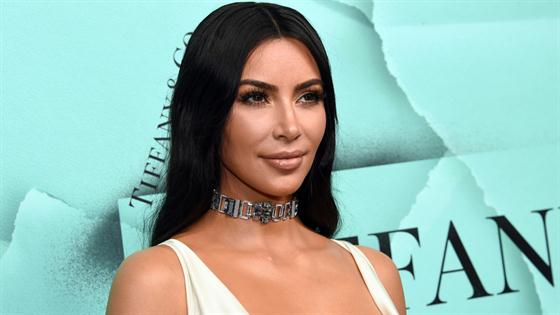 Kim Kardashian believes her late father remains on her side.

As the Keeping Up With the Kardashians star continues her legal studies in hopes of becoming an attorney, some may wonder what Robert Kardashian Sr. would think of her hard work.

If you ask Kim, she has a theory.

“I think he would love it,” she shared with Van Jones in a video for Vanity Fair. “We have had the conversation though about going to law school. Him and I, when I was in college and I was trying to think what my major would be, I said, ‘Okay. I could major in political science and really do this’ and then he was like, ‘Listen. You’ve seen the hard work that it takes. I don’t doubt that you can do this but it’s a really stressful life to be an attorney. Do you really want to be an attorney?’ And then I ended up majoring in communications instead.”

Kim continued, “We talked about it a lot because he always saw me snooping in his stuff and looking through all of his evidence books. In the summertime, when all my friends were hanging out, and he was like, ‘Go have fun. You can always do this later.'”

Later is turning into now! This weekend, a documentary titled Kim Kardashian West: The Justice Project will premiere on Oxygen that documents the E! star’s journey into law.

“One of the reasons I really wanted to do this documentary is I feel like it’s my journey of what I’ve learned,” she explained. “I want to humanize as many people as possible…I just want people to feel empathy.”

And while some fans may look at Kim’s life as all glamour with plenty of perks, the SKIMS businesswoman admits studying law has had its ups and downs.

Fortunately, she knows her late father is cheering her on.

“And honestly, sometimes it is so tough and I have these assignments where I feel like I have to succeed in and I get really overwhelmed and I feel like quitting sometimes but I know he’s right there pushing me to be like, ‘You can do this,'” she recalled.

(E! and Oxygen are part of the NBCUniversal family)

Watch a brand new episode of Keeping Up With the Kardashians Thursday at 8 p.m., only on E!