In case you don’t remember, Kardashian and Thompson have had a couple of rocky moments, and social media rumors have perpetuated the idea they have been at odds for quite some time. After Thompson’s involvement in two cheating scandals, which led to his breakup with Khloé Kardashian, Kim K did have some bad blood with the NBA star. Clearly, though, Kim K has moved on and wants to support Thompson, even joking about the drama in a couple of fun posts on his birthday.

On Friday, March 13, Thompson turned 29 years old. To celebrate his birthday, Kardashian posted on her Instagram Stories, sending her love his way. The social media star posted a picture of her cheering at a Los Angeles Lakers versus Cleveland Cavaliers game from January, but fans will also recognize this as the time when people were accusing Kim K of booing Thompson. The celebrity has since revealed that she was cheering for him at the game, not booing. Nonetheless, she had an excellent sense of humor about the situation and wrote alongside the photo "Happy birthday @realtristan13!!!! Cheering loud for you today! Can’t wait to celebrate soon!" 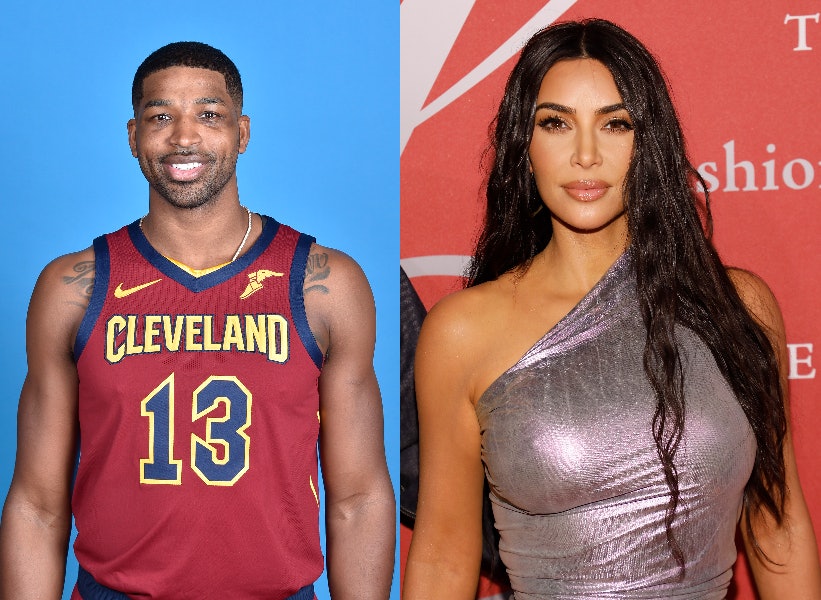 The photo at the Lakers versus Cavaliers game shows Kardashian wearing sunglasses, a tan snake print ensemble, and a leather jacket. She’s standing up — a fist clutching her phone, the other in an excited pose, ready to shoot up into a fist pump — while she’s smiling and so obviously cheering. Meanwhile, her hubby Kanye West was sitting on the bench looking equally as happy, rather than angrily booing or laughing at his wife’s own protests.

Kardashian was not content with only one tongue-in-cheek, joke-y birthday post, though. For a follow-up, she reminded fans of the time she confronted Thompson about blocking her on social media back in June 2018 at her sister Khloé’s 34th birthday party. This turned into a hilarious video, made public in Kim’s Instagram Story, in which she asked fans, "All right guys, so, what do you think? It’s Khloé’s birthday, do you think I should ask this guy to unblock me?" Thompson was standing next to her and agreed that it was the right thing to do for his ex-girlfriend’s birthday.

It was this hilarious moment that Kim K nodded to as well, posting a screenshot with the two from that day, captioning it: "I think this is our only pic together @realtristan13." 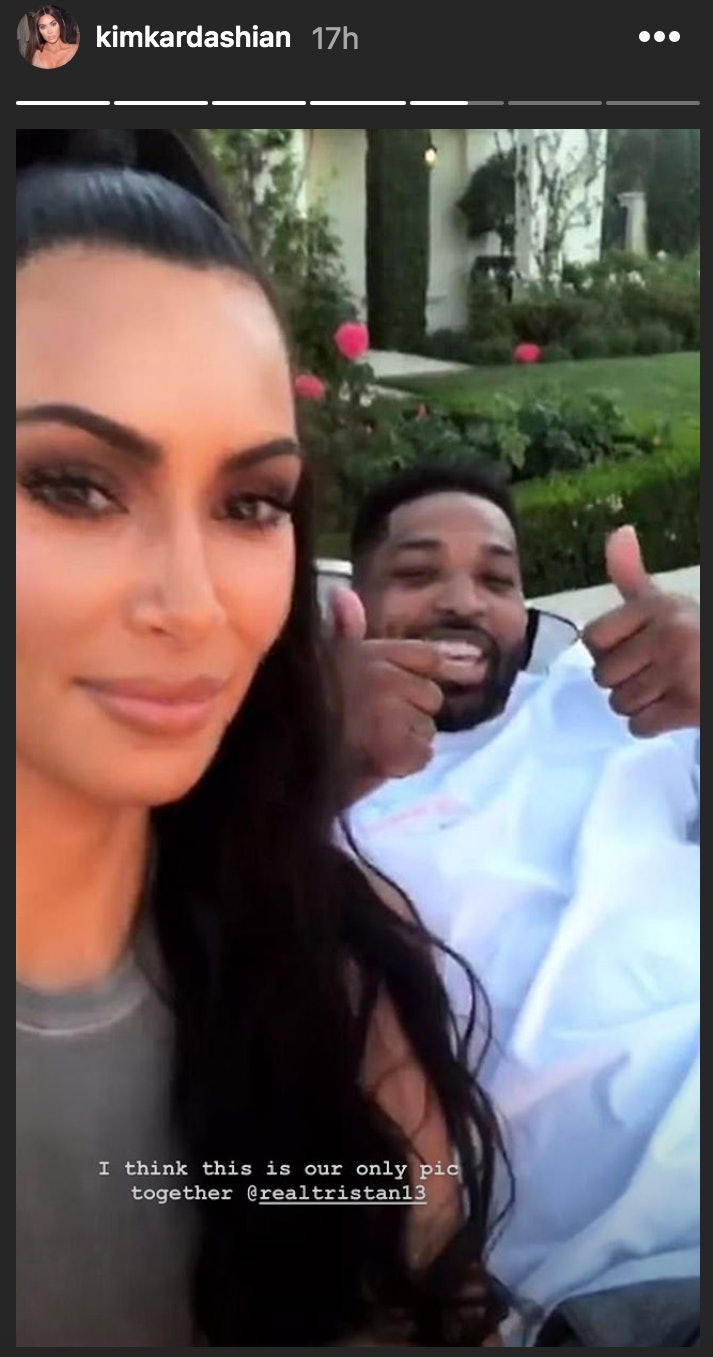 Kim K cleared up the rumors that she booed Thompson, which was also seen in a preview of the new season of Keeping Up with the Kardashians. "I was literally standing up like, ‘Go Tristan! Woo, go Tristan, go!’ Like, embarrassing myself with Lebron [James], like, right there with all the Lakers on the bench,” Kim said to her sister Khloé in the clip.

Keeping Up with the Kardashians Season 18 is set to premiere on E! on Thursday, March 26 at 8 p.m. ET.