Round and round! Kristen Doute admitted that she doesn’t know where she stands with Stassi Schroeder and Katie Maloney after their continuous feud, linked to her past romance with Brian Carter.

After two years of drama, Doute, 37, is still confused at what went wrong between her and her Vanderpump Rules costars.

“I don’t know,” Doute said on the Sunday, May 3, episode of the “We Met At Acme” podcast, about where she’s at now with the ladies. “I don’t know really even what else to say about it.”

The T-shirt designer explained that as she’s been watching season 8 of Pump Rules, she’s been “hoping to find, like, sort of something to pinpoint it on so I would feel a little bit better as to why this happened.” 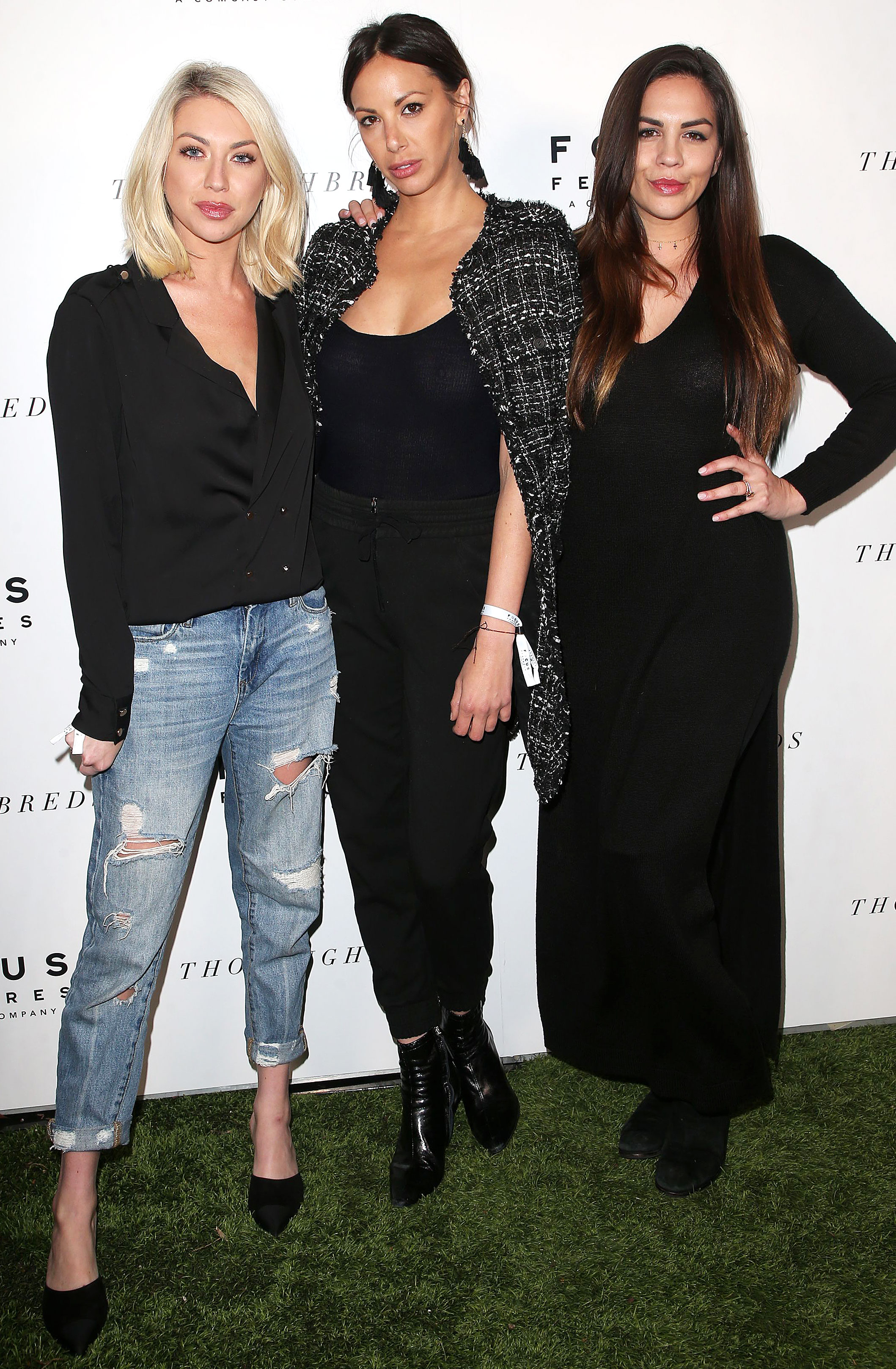 “I can understand the taxing relationship that Carter and I had, or maybe the toxicity of that was draining on them or frustrating for them,” the Michigan native revealed on the podcast. “I don’t see that as a reason to just come apart and break up a 10-year friendship.”

Doute noted that when the season started, she expected to see the friendship end as a result of her relationship with ex-boyfriend Carter, whom she officially broke up with in February 2020. She was surprised that Schroeder, 31, and Maloney, 33, said on the series that it “‘has nothing to do with Carter,’” but instead was linked to Doute being a “‘liar because I said [Carter and I] weren’t together.’”

“Well, we weren’t together,” Doute clarified. “We broke up last February. Just because we were still keeping in contact, yeah, I slept with him a few times and yeah, there were moments I thought we might get back together. I’m not lying, it just means we’re messy.”

The He’s Making You Crazy author admitted that “we all have to learn these lessons on our own” and that no one could’ve made her split from her ex at the time. “That was always going to be between us no matter how many of my friends or the viewers or my own family think that they know about us. He and I had to go through those motions on our own.”

Doute reiterated the fact that she “never lied about anything” to her friends, but her relationship was complicated, which clearly strained the friendships.

“I think that, at least of what I’m watching on the show like the rest of you guys, is that their version of me lying was because I was back and forth,” she explained. “Because I said, ‘We’re broken up, oh, we slept together, but now we’re not talking and I’m upset with him, but yesterday he was really great.’ That’s just a messy f–ing breakup. That’s what it is.”

The Next Level Basic author revealed on April 25, that her feud with Doute and fellow WEHO wine partner Maloney wasn’t over the fact that she was in a “s—tty relationship.”

Schroeder told her “Straight Up With Stassi” podcast listeners that it was because of the back and forth with Doute and how she was “making [the two women] look like bad friends.”

Us Weekly broke the news on April 24 that Doute is dating a new man, Alex Menache, whom Schroeder and her fiancé, Beau Clark, approve of. “He’s really nice, actually,” the New Orleans native told Us exclusively on April 27. “He’s so normal. [He’s] good for Kristen.”

Vanderpump Rules airs on Bravo on Tuesdays at 9 p.m. ET.